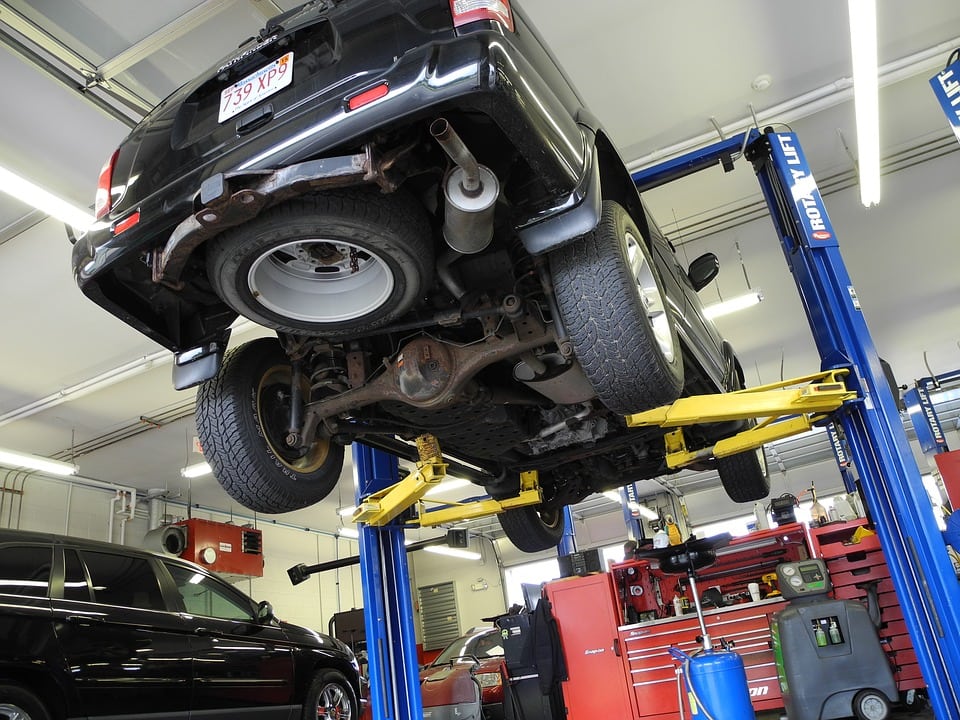 Your Car Doesn’t Have To Cost You The Earth

It’s always a question of safety when you are on the lookout for any type of car, but for those former petrol heads, when you have to make the transition from something that guzzles petrol, to a family car that is economical, yet carries all the various accoutrements associated with kids can be quite a shock to the seasoned drivers system.

Buying any type of car doesn’t just boil down to personal preference, it’s about being economical in more than the few basic aspects. So, when it comes to buying a family car, especially when you’ve been used to driving yourself around, what happens when you start to bring a family on board? It can be quite a tricky thing to get right, because you have to think about exactly what you want out of the car. So let’s answer the question.

Picking The Best Type Of Car

Because you might have no doubt, done that your research into the most economical of vehicles, have you considered practicalities? You need to decide first what types of car will suit you and your additional passengers. The main types of family car include estates, an MPV, SUV, and the old reliable, the hatchback. As far as budget is concerned, and if you are a small family unit, a hatchback is the go to option. For the very obvious reasons, a hatchback has enough space in the truck to carry the vast majority of day-to-day items. And when you are transporting the most precious of cargo, you will have so many other things to account for, as well as luggage, baby bags, and possibly grocery shopping. With hatchbacks, the rear seats fold forwards giving you more space.

The most popular hatchbacks are the big named ones, such as the Ford Focus, the Ford Mondeo, respectively medium-sized and large-sized hatchbacks. But if you’re really looking to condense your budget, and you’re looking for a vehicle that is economical in terms of fuel consumption, the Ford Fiesta will be more than adequate. Of course now, there are more varieties of vehicle that provide economical fuel consumption, and even Volvos, at one point were considered quite a fuel guzzler, are now an economical option. A model like the XC90 gives pretty good mileage (even for an SUV), which you can find on car dealer sites like West County Volvo Cars and even though mileage wasn’t your concern before, when you are trying your best to be economical in every aspect of your life, you need a car that gives good MPG.

An estate is, as far as size is concerned, the next step up from a hatchback. It’s, basically, hatchback with an extended body, and so, you’ve got more room in the trunk. If you are carrying a lot of goods, this might provide a practical solution. However, you have to consider the difficulty in maneuvering an estate vehicle, because of the fact that it’s longer. In essence, it’s more akin to driving a bus, so if you are used to your smaller vehicles, like a Mini Cooper, or even a Bugatti, you will have a major shock to the system. But it’s always going to be an issue driving bulkier vehicles. It’s worth noting that when looking at the economy for any vehicle, when you have a lot more goods, your engine is going to work harder, and therefore you will use a lot more fuel. And when it comes to using a lot of fuel, the SUVs and MPVs of the world are naturally going to drink up a lot more, such as the aforementioned Volvo XC90, but these large SUVs come with 7 seats, and are more stylish than an MPV. MPVs, in general, look like glorified minibusses, which is because they are!

How Stressful Are Your Journeys?

Here’s the thing, driving with a family in tow isn’t as straightforward as you would think. When you’re used to being on your lonesome, heading down the highway, possibly imagining yourself like Rocky in that flashback clip from Rocky 4, driving isn’t a particularly stressful pursuit. Flash forward, and you’ve got children screaming in the back, music being played at deafening volume, and when you change gear, you’ll notice something strangely sticky on the gear stick that wasn’t there 10 seconds ago…

It’s survival of the fittest when driving with a family in the car, and while this may sound like heresy, an automatic will make life a lot easier for you, especially if you intend on doing a lot of long journeys with your family in the back. Amazingly, a lot of people find that’s making the transition from manual to automatic an easy one. It certainly proves to be an advantage, especially if you’re looking to take the stress out of driving, and no matter how well you know the roads, you don’t know what’s going to be thrown at your head from the inside!

If you are planning on undertaking long journeys, but you have a partner who isn’t as driver savvy as you, the fact of the matter is, you will need to share the driving duties. And if you only have one car between the two of you, it’s down to practicalities. In which case, the automatic wins, hands down. But while you might think that an automatic is something that uses up a lot of petrol, you are right, however, if you are in the middle of the freeway, doing 60 miles an hour, and you have to negotiate traffic, while also attempting to calm a crying baby, you’ll be grateful for the fact that you won’t have to change gears. It’s a little thing, but when you are sleep deprived, it’s something that you will be thankful for.

Some Of The Practicalities You Might Not Have Considered

Okay, it’s economical, it has passed all the relevant safety checks, what else is there to it? Well, in fact, you might want to think about a few additional practicalities that will make life easier for you. For example, when it comes to installing a baby car seat, is the car Isofix ready? This is the standard system that you can attach a baby seat to in Europe.

In America, there are some manufacturers beginning to offer Isofix, but Latch is the standard in the US. In essence, it will make the baby seat easier to put in and take out, because it is attached via clips. As well as this, you might want to think about if the back doors are wide enough for you to get this seat in and out of the car easily. A lot of people think that the cheaper the car, the easier life will be, but because a baby seat takes up a lot of space, you might find yourself struggling every time you remove the seat from the car, especially if you are in a cramped car park. Another thing to consider, especially with the doors is if the door stays open, especially on an incline.

The one simple way to test this, on your test drive, stop the car on an incline, and open the doors. You might find that the door immediately moves back, proving to be one of those annoying little issues that can add up to a lot of frustration. That’s the big thing with a family car; you need to buy one that reduces your overall frustration. While sliding front seats are standard in every car, you will find it’s going to make your life a lot easier, so you can carry more stuff in the back seat. But, likewise, having sliding rear seats can be one hell of a lifesaver. It’s not in every make or model, but something like the Volkswagen Golf SV has them as standard, and so you can increase leg room, or even move the seat forward, so you have more room in the trunk. And while most modern cars come with various features, if you are used to a more classic, streamlined model, you might not have an airbag in your car. While it’s essential to get a car that is fitted with an airbag, you also need a car that gives you the option to deactivate front airbag. Why? This is if you need to put the car seat in the front, which isn’t recommended, however, if there are circumstances when it is necessary, you need to know how to switch the airbag off.

As far as a family car is concerned, while safety is the overriding priority, there are always small issues that can make driving a lot more stressful for you. This is why it’s not just about picking a car with space, but understanding that some of the various practicalities vary from car to car. A great family car isn’t just economical and spacious; it’s one that makes life easier for you in every single way. If you are used to a more classic model, and you’ve had to make the transition to an unimpressive family vehicle, there are still some stylish options for you, but they are harder to find. But ultimately, safety has to be the priority.