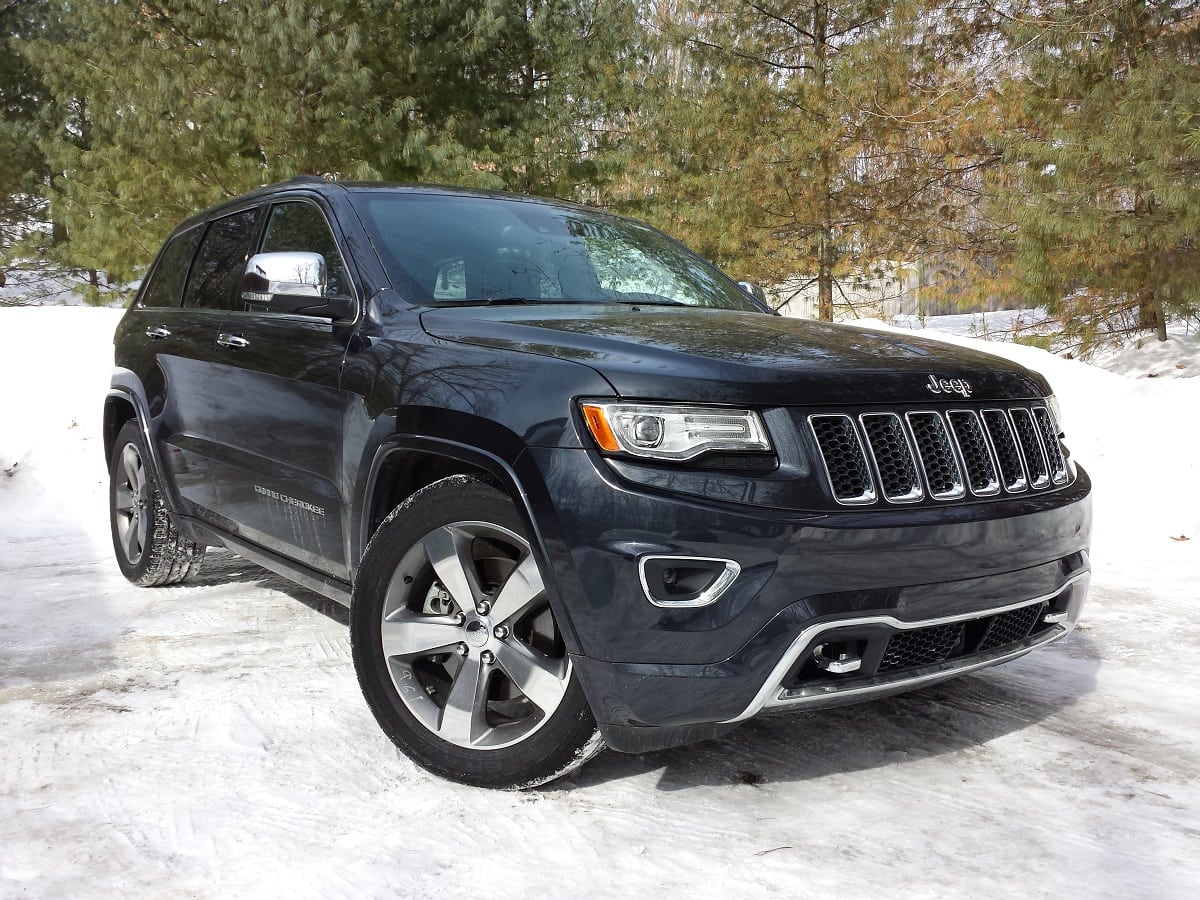 The 2018 Outlander is a pretty good low-cost crossover in its standard renditions, but with the GT model, a six-cylinder engine is added for more umph. It was a good try, but the Outlander GT isn’t offering enough to justify itself as a buy over the well-done standard four-cylinder models. 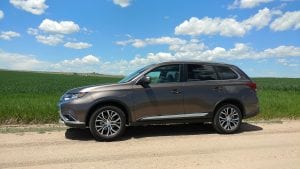 The 2018 Mitsubishi Outlander is a three-row crossover on the small side of the midsize range. It’s attractive qualities are its low price, real-world all-weather capability (especially with all-wheel drive), and its high marks for safety. The Outlander doesn’t attract much attention otherwise, having wallflower looks and average-ish fuel economy. The 2018 Outlander includes a GT model, which upgrades the engine to a V6 from its base four-cylinder and comes with most of the goodies available for the crossover.

The GT doesn’t really justify its price tag, however, as the 2018 Outlander is largely aimed towards budget buyers who need to check off all of their needs boxes. The Outlander’s greatest selling point is, after all, its low sticker. The GT model tops the lineup for cost and is price-equivalent to many other crossovers that have more to offer. And, frankly, the V6 and its six-speed automatic transmission don’t do much to improve performance for the Outlander either. 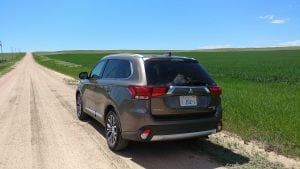 The 2018 Mitsubishi Outlander comes in several trim points, which include the GT at the top of its tier. The GT has an additional features package and some stand-alone options available ala carte.

The 2018 Outlander GT is contemporary, which means it blends in with the others in the parking lot. The Outlander hasn’t had a design upgrade in quite a while and this shows with its dated exterior look. It’s not an ugly crossover, it’s just not very noticeable either.

Inside the 2018 Mitsubishi Outlander, age really shows. The lowball pricing of the Outlander comes at the interior’s expense. The Outlander is comfortable and well-situated for most daily needs, but it lacks refinement in almost every way. Materials quality is good, but not exactly breathtaking in its design. 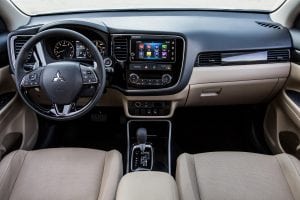 Seating is very good in the front row of the Outlander GT, which adds leather and other accoutrements to the mix. The second row is also good, with plenty of space for two adults and room to add a child or make it a cramped three across when needed. The third row is for kids only, with low cushions and not much legroom.

Cargo space in the 2018 Outlander GT is really good, though, at about 10.3 cubic feet behind the third row and 63.3 cubic feet with all seats folded. The square rear hatch and flat loading floor are a big bonus in the Outlander.

Technology in the 2018 Outlander GT is based on a 7-inch touchscreen that offers just enough to get by. Apple CarPlay and Android Auto are standard, though, and Bluetooth connections are pretty solid. Navigation is OK too, though a phone is generally better.

The Outlander comes standard with a 2.4-liter four-cylinder engine and a continuously variable transmission (CVT) in front-wheel drive. All-wheel drive (called “All Wheel Control”) is available and altogether, these put out enough power to keep the Outlander moving and doing alright is most situations. It’s not exciting, but it’s fuel efficient and good enough to get the job done. 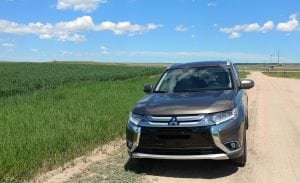 The GT model’s primary claim to fame is its 3.0-liter V6 and six-speed automatic transmission. This offers 224 horsepower and adds about 2,000 pounds of towing (3,500 total) when equipped for that. AWC is standard in the GT model.

The Outlander GT drives well and feels good on the road, but isn’t sporty or fast-paced by any means. Most of the V6’s power is only available at higher revs and that requires manipulating the (standard) paddle shifters to force the Outlander to stay in lower gears. The get-up and speed of the V6 are a marked improvement on the four-cylinder base engine, but aren’t all that breathtaking compared to what’s available in competing V6-powered models. A turbocharged four-cylinder would probably have been a better fit for the Outlander GT.

The trouble is, the Outlander is a budget-minded crossover and the GT model is its highest-priced option at about $10,000 more than the base offering. That’s a significant upgrade price and the fitments and power added just don’t really justify it; not in a budget-buy like the Outlander, anyway.

The small-midsized crossover arena is replete with great options for today’s buyer. Three-row options are few, however, narrowing the 2018 Mitsubishi Outlander’s competitors.

The 2018 Outlander GT is not a very good choice, in our opinion, as most buyers can find something better elsewhere. The 2018 Outlander in its standard packages, however, is a great buy with most everything shoppers in the small three-row market would want and at a price that’s sure to make life livable.

Test Period Length and Limitations
The 2018 Mitsubishi Outlander GT was a manufacturer’s press loan for about a week. During that time, it was driven as an everyday family hauler with passenger loads varying from a lone driver to five in all. Similarly, for comparison, the Outlander SE was driven for a week under similar circumstances.