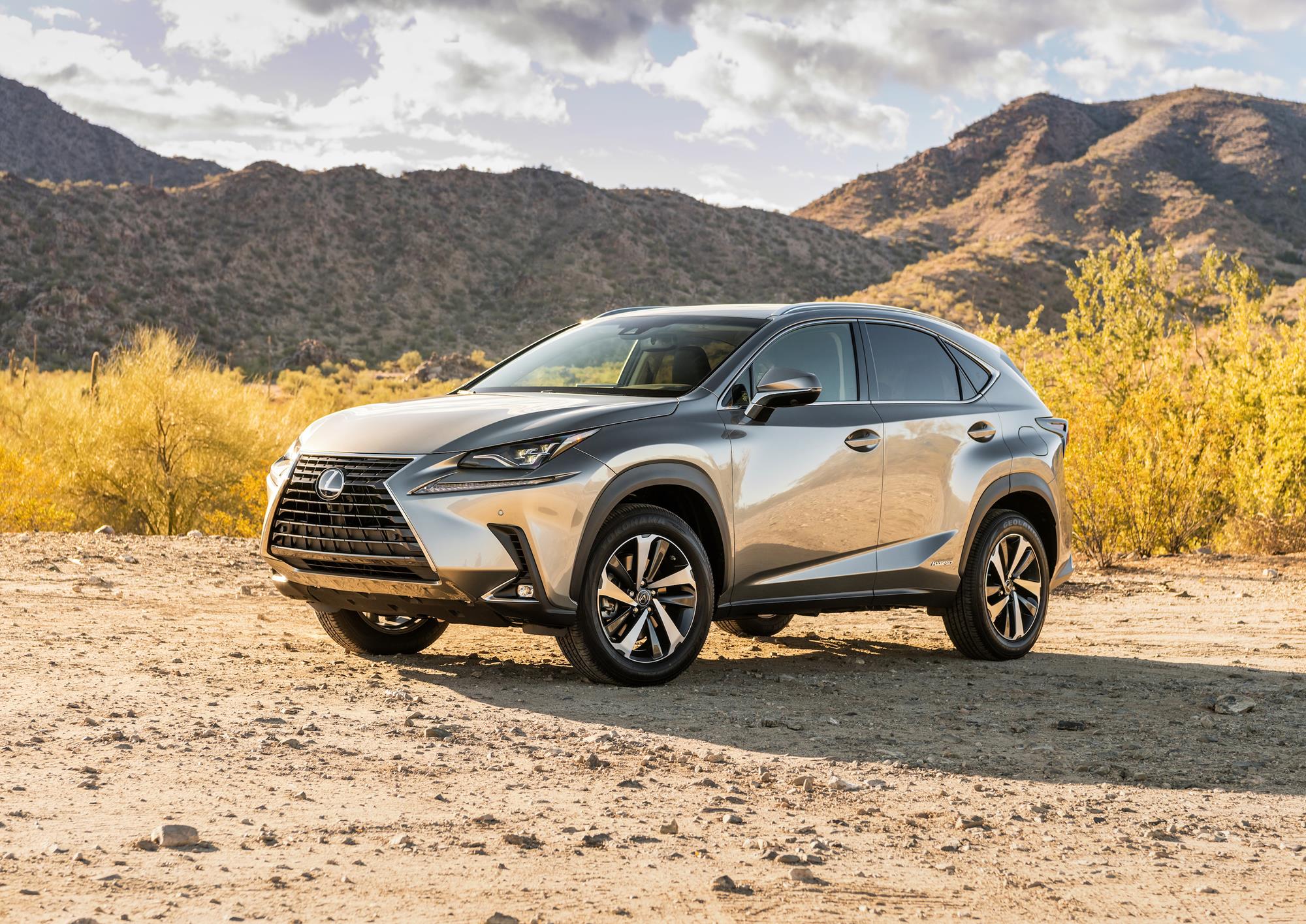 My tester this week has three huge things working in its favor: affordable luxury, attractive looks and excellent fuel economy. Of course, there are other factors that work against it too, otherwise it’d be the ideal vehicle – which it’s not. That being said, the 2018 Lexus NX 300h has a lot going for it.

This is the hybrid version of Lexus’ small SUV, based off the Toyota RAV4 platform. So, if you’re a fan of the RAV4, you’ll find many similarities, as far as interior space between these two crossovers. But, other than the shared platform and similar interior space, the similarities abruptly end there. 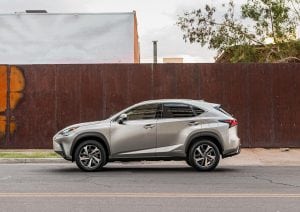 On looks, the NX has the current, sleek and bold look of the Lexus brand. In recent years, as Lexus has redesigned its product line, their vehicles received bold styling, to help it shake off the stodgy, conservative feel they used to have. Some say Lexus went too far with their styling, but I say they went for it with gusto. I like the look of the NX with the beaky and bold front end. It doesn’t look like a hybrid. The grille has an aggressive look with squinty, almost swoosh-like front headlights. The Bi-LED headlamps are one of the best features on the NX and give it a pronounced, defined look. The back end has less styling than the front, but still has bold rear tail lights that add more distinction. A bulbous back end has a typical SUV look to it. There are hints of RAV4 styling on the back side. 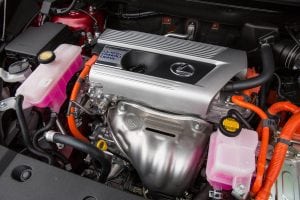 Notice when I listed the factors working in the NX’s favor that performance wasn’t one of them. This crossover has a 2.5-liter 4-cylinder engine with an electric motor assist. The hybrid technology combined with the engine makes 194 horsepower. If that looks like a small number, it is, and unfortunately this luxury crossover’s performance is disappointing. It’s punky off the line and even at highway speeds feels under powered. Combine that with a continuously variable transmission and you get a very forgettable driving performance. The NX 300h accomplishes the mission of fuel-efficient performance, but it sacrifices enthusiasm and performance to accomplish it.

With an EPA rating of 33 mpg/city and 30 mpg/highway, the NX 300h can brag about the fuel economy. This is the single biggest reason to buy this crossover with the other being the luxury-styled interior.

Inside, the NX 300h has a Lexus vibe. As bold as the exterior styling is, the interior is still conservative, but that’s a good thing. The cabin is comfortable and spacious with nice touch points. There’s nothing overly garish, but you can’t also say that this is a glorified a RAV4 as it’s so much nicer than its counterpart in all regards. The five-passenger hybrid crossover has a roomy cabin. The back seat will fit two adults comfortably. The addition of a third adult will feel cramped thanks to some of the bold exterior styling, which also creates some big blind spots. Thankfully, the NX 300h is equipped with blind spot monitors. 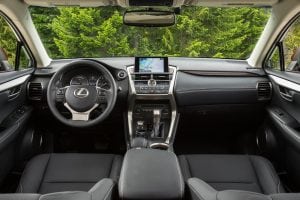 The 10.3-inch colorful screen is part of an infotainment system that is serviceable. The lack of Apple CarPlay and Android Auto works against it, although connectivity to devices is easy with two USB stations. The infotainment system does offer the Enform App Suite system with navigation and other entertainment options. Personally, I’d rather just run Apple CarPlay than familiarize myself with other brand-specific apps like Enform. All of this would be fine if there wasn’t the frustrating interaction with Lexus’ touchpad that is neither intuitive and is ultra-sensitive making it somewhat unsafe to do easy, standard tasks like change a radio station. It’s like a laptop’s touchpad, but requires the driver to focus and be very careful with the touchy nature of this system. It would be wise for Lexus to move on from this technology that can be found in many of its vehicles.

Like many hybrids, cargo room is limited in the NX 300h. There’s 16.8 cubic feet behind the second row and 53.7 cubic feet with the seats folded flat. Both of these numbers are below many competitors within this segment.

For a luxury crossover, the starting price of the NX 300h is quite affordable. The starting price is $38,335 and with several options including the luxury package with all-season tires, wood interior trim and heated and cooled seats, my tester had a final MSRP of $46,510.

The 2018 Lexus NX 300h fits comfortably within the Lexus stable as it’s full of luxury, but with the lower price tag and the incredible fuel economy, it’s also one of Toyota’s luxury brand’s biggest bargains.