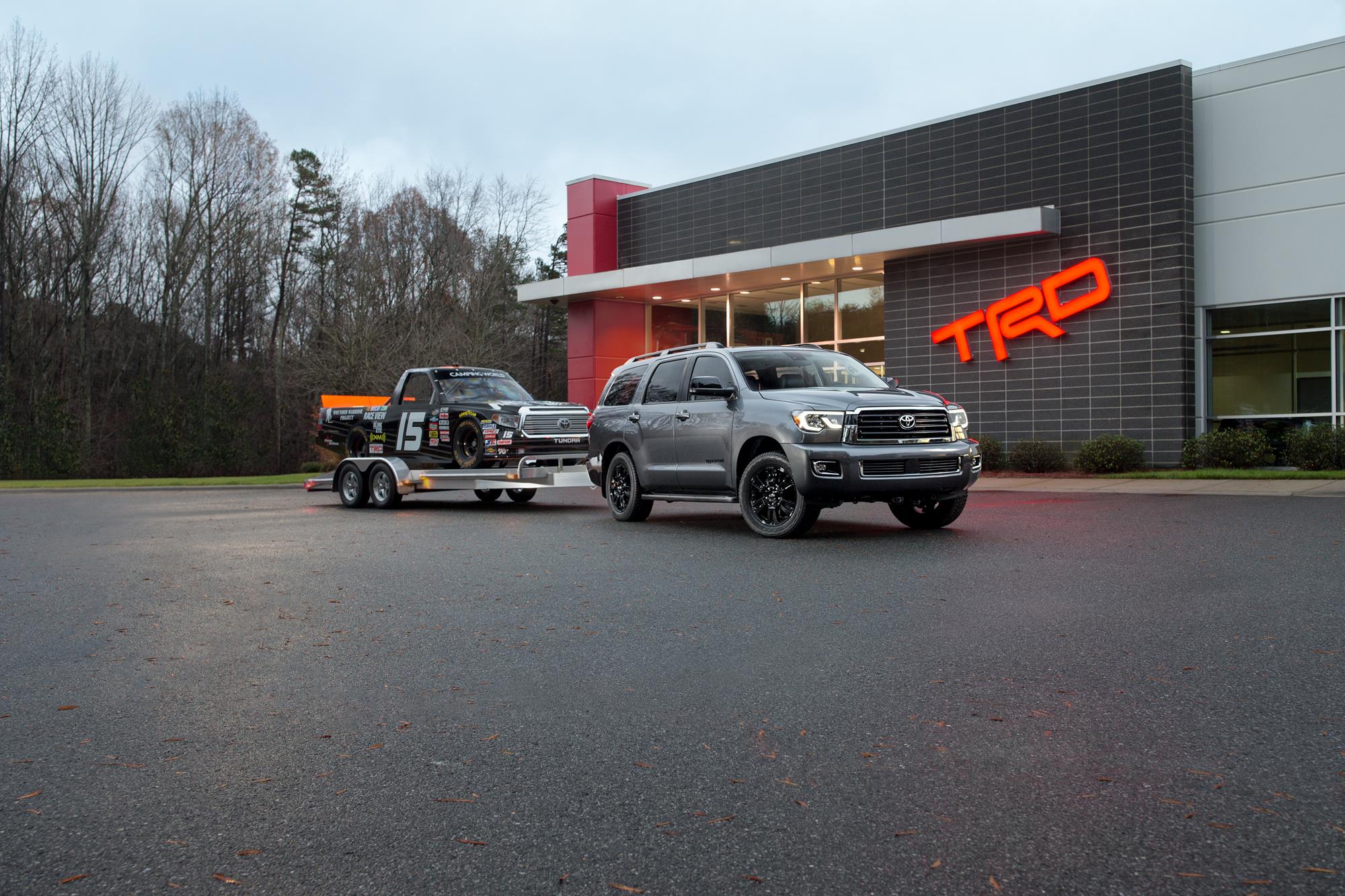 You are not experiencing déjà vu, and this isn’t a re-run of my Driver’s Side column. I did just review the 2018 Toyota Sequoia a few months ago. But this week I’m in 2019 version, although it feels awfully familiar and is similar to the 2018 model. I described the 2018 version as a behemoth and noted that it felt somewhat dated.

So, for 2019, it’s still a behemoth and now feels even more dated. But it still accomplishes what it intends to accomplish, and that’s as a big, hulking SUV that will get families around to soccer practices or family vacations or towing the boat to the lake on the weekend. What the Sequoia does well, it does well. Sure, it’d be nice to have a more modern vibe to it, but all in all, it has a throwback feel and hearkens back to the days when SUVs were big and chiseled. 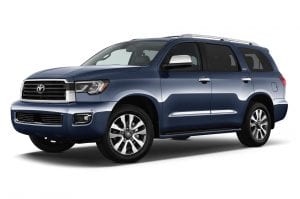 On looks, the Sequoia is still chiseled and bold. It stands tall with a basic and timeless design. The grille is simple, but distinctive. The notched out sides of the grille flow directly into the LED head lights. The unassuming front end may lack personality, but upon further investigation it has enough character to appreciate it. The angle of the A-pillar breaks the boxy shape up, where the C-pillar begins the slope back up toward a heightened look. The third-row passengers benefit from this angle, with extra head room. In today’s full-size segment, the Sequoia blends in, but has just enough personality to put off a nice old school vibe.

For a large SUV, the Sequoia drives small. That’s a positive, not a negative. While competitors like the Chevy Suburban drive big, the Sequoia has just enough power and agile steering. The 381-horsepower 5.7-liter V8 engine serves this SUV well. It’s strong and capable, while not being over powering. The six-speed automatic transmission does a decent job considering how dated it is. The Sequoia can tow up to 7,100 pounds which is on the small end of the large SUV spectrum in comparison to vehicles like the Suburban or Yukon. The Sequoia drives like a crossover and less like a truck, offering a smooth, quiet and comfortable ride for passengers. 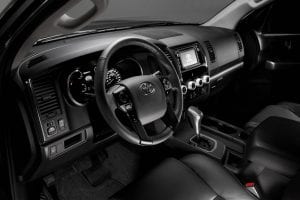 Inside, the Sequoia’s basic, needs-an-update  vibe is no longer an asset. The throwback interior makes it feel quite passé when compared to something like the Yukon or even the Tahoe. The lack of high-end materials makes the $60,000+ price tag harder to justify. The roomy cabin is nice, and legroom and headroom are ample in the second row. Getting to the third row can be a little cumbersome, but adults can still fit back there.

The infotainment system is adequate but uninspiring. The Entune suite of apps work well, but the lack of Apple CarPlay is confounding. Additionally, the angle placement on the center stack, combined with the large dashboard, make hitting buttons or interacting with the touchscreen more difficult.

There are four trims offered for the Sequoia including SR5, TRD, Limited and Platinum. My tester was the four-wheel drive Limited trim. This top-of-the-line trim has a starting price of $60,420. The base SR5 starts below $50,000 so there’s quite a gap in price from these trims. The Premium JBL sound  system did impress and gave off a great sound. It improved the overall average performance of the infotainment otherwise. That package came at a cost of $1250. With a few other added features, my tester had a final MSRP of $63,638.

The Sequoia is not known for its fuel economy. And perhaps the next generation will get an improvement in that area. As such, my tester had an EPA rating of 13 mpg/city and 17 mpg/highway. In a week’s worth of mostly suburban driving, I averaged just over 14 mpg.

The 2019 Toyota Sequoia  does just enough to keep itself relevant. The potential is there, with some major upgrades, for this to be a special SUV. I for one, can’t wait to see what the future holds for this behemoth.