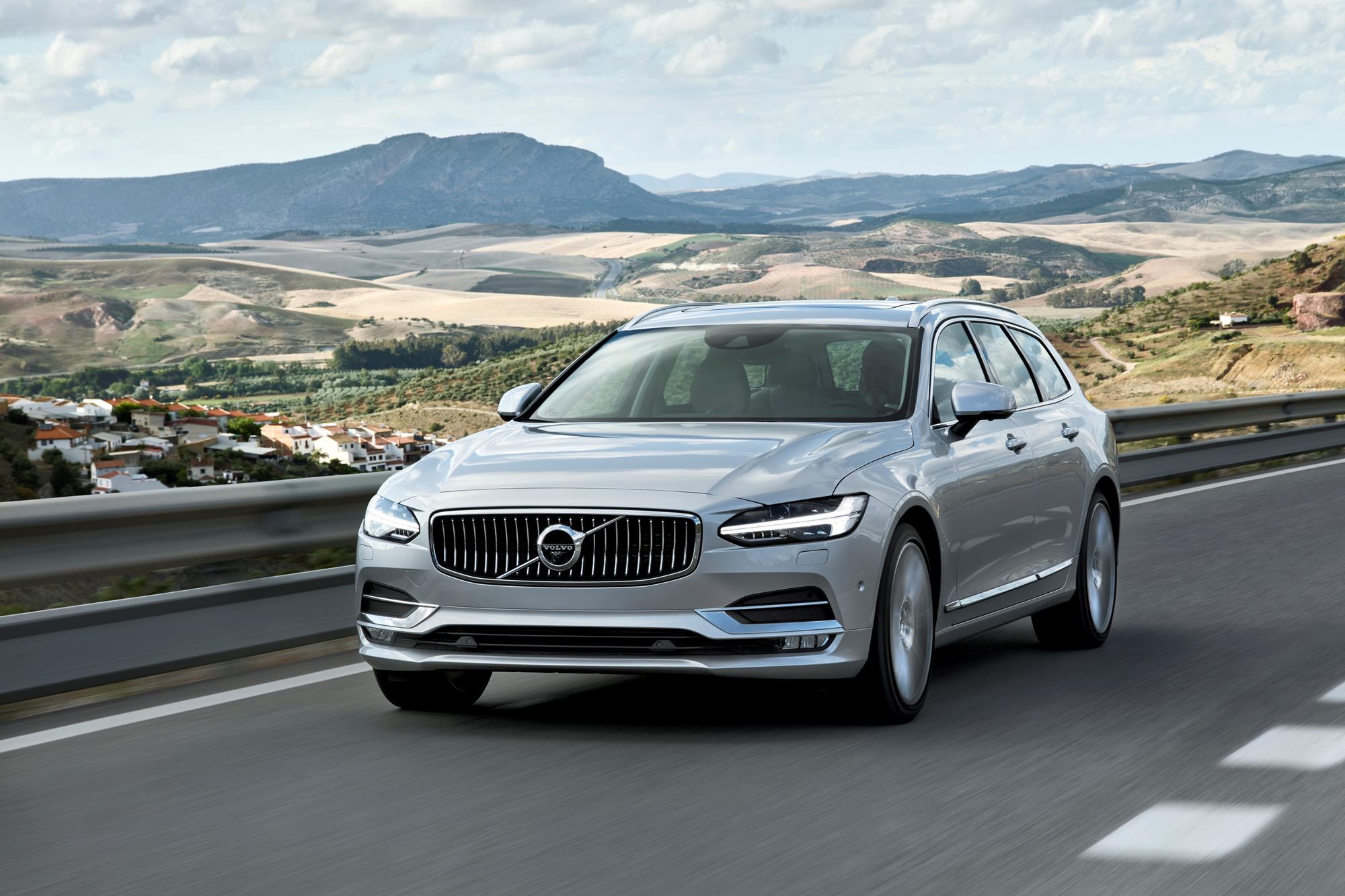 Have no fear, loyal readers! I will avoid mentions of ABBA, Ikea or Clark Griswold during my review this week. What would those three things have in common? Well, this week’s tester happens to be a big, glorious Swedish station wagon. Now do you understand?

To be clear, the Volvo V90 is thoroughly modern, but it’s a station wagon through and through; no crossover reference here. Volvo, which is now owned by a Chinese company, continues to churn out great cars. In fact, as worried as I was about what the Chinese influence might be, Volvo vehicles have only improved over the last several years. Case in point, the V90, which is adds a modern, Swedish twist to the old-school station wagon. 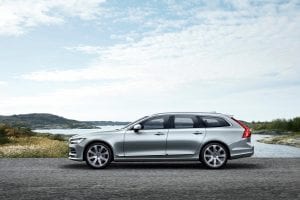 On looks, the V90 is truly a niche vehicle as it’s a luxury station wagon. It’s long and lanky and holds true to the old Volvo Cross Country look from the 1990s and early 2000s. I used to love those old Cross Countries that were short on looks, but the safest vehicles on the road. Yes, Volvo has always done station wagons well and with the 2019 V90 the tradition continues. The sleek-looking wagon has a classy front end that’s not overly aggressive, but is no plain Jane either. The best features on the front end are the hammer-shaped LED head lamps. Combined with the advanced package, and there’s a high-pressure headlight washing system included. Similarly-shaped vertical tail lights balance out this lanky vehicle. The tail lights flow down and over the rear gate, which has an easy-open, one-touch entry. A rear spoiler juts off smoothly from the sloping roofline to give it a sporty, aerodynamic vibe. 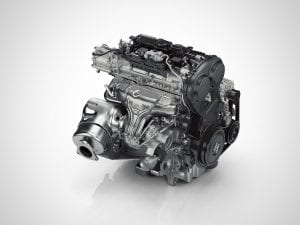 The V90 is a great vehicle with performance that is unmatched in many regards. The twin-charged (possessing both a turbo and supercharger) four-cylinder offers refinement and performance. The T6 trim which I drove comes with all-wheel drive and has 316 horsepower along with a capable and outstanding eight-speed automatic transmission. There was no noticeable turbo lag whatsoever. Off the line it was fast and confident at all speeds. The V90 drives more like a big luxury sedan than a sports car. During the week I had it, there were snowy road conditions and a polar vortex. This Swedish beauty seemed at home and at peace in those conditions with confidence on slippery roads.

Inside, the V90 earns its luxury rating. The materials used are all high quality. The touch points exude comfort and luxury. My interior had a bold interior. Some of my followers on my social network found it a little too bold, but I thought it worked well. It certainly made a big impression. The cabin is spacious and feels even bigger thanks to an encompassing panoramic sunroof. Three adults will fit comfortably in the back seat with ample legroom and headroom. As a station wagon, you expect plenty of useful storage space and the V90 does not disappoint. The V90 has storage ability that rivals most SUVs and blows away most crossovers. 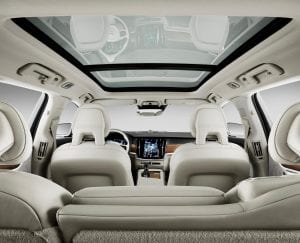 There infotainment system is full of technology. The 12.3-inch touchscreen looks and feels like an Ipad. It’s quick to respond to touches. There’s a learning curve needed to glean all the features on this system. For example, despite how many vehicles I’m in a year, it took someone explaining to me how to find and use the navigation system. So, either my brain was frozen from the polar vortex, or the technology could be a little simpler. There is Apple CarPlay and Android Auto integration and a WIFI hotspot. There were two USB ports and a high-performance audio system with 10 speakers.

My tester was the T6 trim which has AWD standard. The starting price for this trim is $56,350. With the Advanced Package which has park assist and an oh-so-cool driving assist feature (semi-autonomous), my tester had a final MSRP of $62,190.

As mentioned, road conditions were less than ideal during most of my team with this station wagon. However, I wouldn’t want any other vehicle than this confident, comfortable Volvo. During my week with it, I averaged 24 mpg. The V90 has an EPA rating of 20 mpg/city and 30 mpg/highway.

The Volvo V90 makes station wagons cool again. I’d take this over any crossover on the road right now. It’s ideal for families and can take anything Mother Nature throws at it, which is good for these finicky and dreadful midwestern winters. Thankfully, this Swedish wagon is used to it.