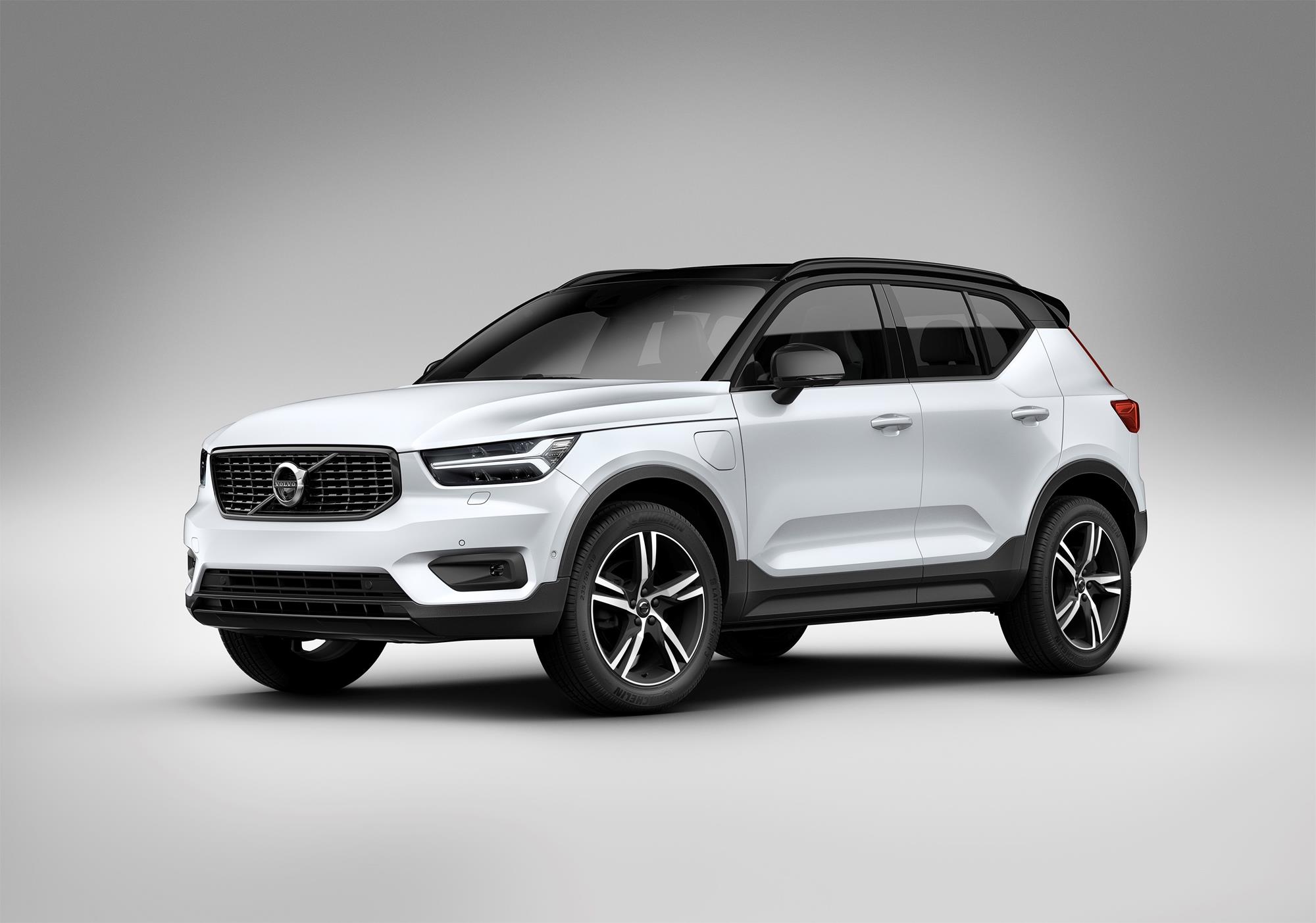 The word exotic is both a noun and an adjective. As an adjective it has four different definitions. Exotic, Three of the four definitions of exotic apply to my tester this week. The 2019 Volvo XC40 is a brand-new vehicle for the Swedish carmaker. But there’s also a multi-national mixture within  this subcompact SUV. Volvo is owned by a Chinese company, but the XC40 was assembled in Belgium with parts from Sweden and a transmission from Japan. There’s even one percent of the parts from the United States. So the XC40 really is an exotic melting pot.

The subcompact SUV segment is booming, so it makes sense that Volvo would engage within this segment. The XC40 is a fantastic entry for the Swedes. Every Volvo I’ve driven this model year (and that’s a lot) has had distinctive styling. There’s a look to Volvos. But the XC40 gives us a hint at what the future of Volvo may look like (and it looks great!).

The profile of the XC40 is the best side, after a dull front end. Other than the sexy headlights, there’s not much excitement on the front of the XC40 and that’s really the only criticism I can offer on this vehicle’s aesthetics. The roofline dominates the profile where it appears floating at times, but toward the C-Pillar it thins out and gives way to a sexy rear spoiler. The styling of the XC40 is top notch and enters the segment full of cutesy “bubble” crossovers with a sharp contrast to the competition.

One of the best trends currently in the automotive industry is the turbocharged 4-cylinder engine movement. The power and performance you can get out of an engine the size of a two-liter bottle is just so impressive. When you put that engine in a smallish SUV with all-wheel drive, that’s what I’m talking about! The XC40 has a twin turbocharged 2.0-liter direct injected engine. All of those words combine for spunky performance and 248 horsepower and 258 lb./ft. of torque.

The 8-speed automatic transmission is outstanding. There’s just a little bit of turbo lag during some of the gears, but off the line, the XC40 is spry and quick. With all-wheel drive, the XC40 is nimble. Twists and turns are especially fun. So many of these subcompact SUVs are dull and boring to drive. The XC40 is not.

I admit that I had reservations about the Chinese purchase of Volvo. I was concerned they would cheapen the product line, especially the interiors. Volvo has had a long reputation for quality interiors. Thankfully, I’ve not seen anything but consistency and continual improvement on Volvo’s interiors. That’s certainly the case for the XC40 which has one of the nicest interiors of any vehicle in this segment. The high-quality materials give it a luxurious feel and also contribute to a quiet ride.

For a small SUV, the back seat boasts ample legroom and headroom. The XC40 is rated for five passengers, but two adults in the back seat would be comfortable, even for long trips. Three adults would be pushing it. While the cargo area behind the second-row seems small, there’s clever compartments that will help organize the cargo area for things like groceries.

The XC40’s infotainment has plenty of technology, including Apple CarPlay and Android Auto. The overall responsiveness of the touchscreen is slow, and the infotainment system is not overly intuitive. The interface can be clunky and will have a large learning curve.

The trim names for the XC40 are a little confusing. There’s a T4 and T5 model along with a couple different trim levels. My tester was the T5 R-Design with AWD. Base price for this trim is $35,200 which is competitively priced for a luxury crossover. With options including the R-Design package that includes LED lighting, a sport chassis, 19-inch all-season tires as well as the Premium and Vision packages, my tester’s final MSRP was $45,835.

The XC40 with all-wheel drive has an EPA rating of 23 mpg/city and 31 mpg/highway. In a week’s worth of heavy-footed suburban driving, I averaged just over 28 mpg.

The new Volvo XC40 has an exotic side. As such, it boasts intrigue, performance and a high-quality interior within a segment that is quite ho hum.