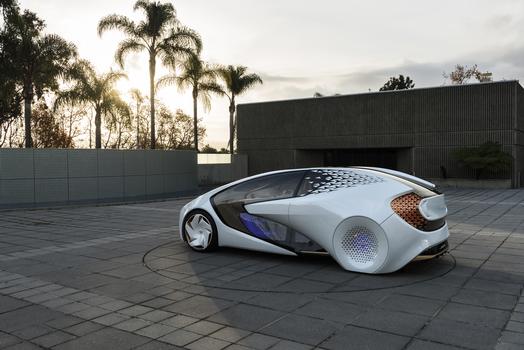 The EPA Will Maintain Vehicle GHG Standards Through 2025

In the ongoing saga of Elio Motors, would-be maker of the 3-wheeled Elio car, new developments have the company getting the shuttered General Motors plant near Shreveport, Louisiana that they had hoped for.

A Caddo District Judge has denied the portion of the lawsuit brought by Caddo Commissioner Stephanie Lynch against the commission, saying that the commissioner failed to demonstrate how taxpayers would be harmed by the planned $7.5 million purchase of the former GM facility. He also refused to address the legality of the $7.5 million transfer of funds from other budgets within the Caddo Parish and found no constitutional question to address. This decision means that the parish can move forward with its plan, says its attorney Dannye Malone, and the commission plans to do so. Lynch says she may appeal the judge’s decision.

Lynch’s concern is that the Caddo Parish will be spending taxpayer funds to purchase a shuttered plant which it will then, with no guarantees of jobs being created, lease to a development company that will in turn lease a portion of the facility to Elio Motors and renovate and sublet the rest.

“The devil is in the details,” Lynch said in a Wednesday morning press release. “I have been working behind the scenes for months trying to get this deal structured to benefit former GM workers and those seeking better employment opportunities to no avail. The lawsuit was the last resort.”

The rest of the Caddo Commission says that the steel and copper content of the building justify the price paid. Their deal, penned with Industrial Realty Group, a California company specializing in shuttered GM plants, gives them control of the plant so long as they do not demolish it, for thirty months. During that time, IRG will in turn guarantee access for that same period of time to Elio Motors as well as invest $7.5 million into the carmaker.

Suspicious yet? The numbers sure are interesting here, that’s for sure. Elio claims they will begin producing the three-wheeled car in time to meet their 2014 production plans, but their financials prove that they will need a lot more investment before that can happen. The guarantees to IRG and Elio from the Caddo Commission have no requirements for job creation, hiring processes or workforce supply. In other words, the commission has given a clear slate for Elio with no stipulations or milestones to be met during the thirty months they are guaranteed access to the plant. Neither are there any clear requirements or stipulations to guarantee renewal of the contract when that 30 months is past.

Sounds like a pretty good deal for the startup automaker whose plans for the future are about as unrealistic as they could ever be. They get access to an automotive production plant, $7.5 million in investment that isn’t clearly tied to a government, and have no requirements or stipulations put on them in return.