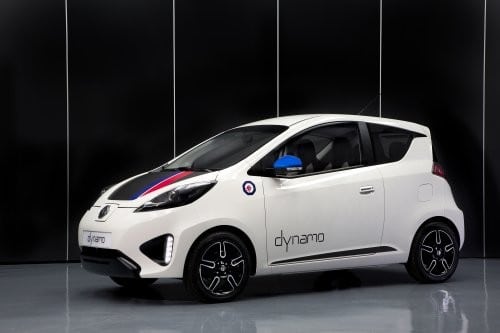 The Volkswagen XL1, the most fuel-efficient and aerodynamic production car in the world, made its U.S. debut at the 23rd Annual Society of Environmental Journalists (SEJ) Conference at the Chattanooga Convention Center today. The XL1 offers an estimated European combined fuel consumption rating of 261 mpg (more than 200 mpg estimated in the U.S. cycle) and can cover up to 32 miles as a zero-emissions vehicle in all-electric mode. “The XL1 offers a glimpse into Volkswagen’s present and future eco-mobility capabilities, and highlights the ultimate successes of ‘Thinking Blue’,” said Oliver Schmidt, General Manager of the Engineering and Environmental Office (EEO), Volkswagen Group of America, Inc. “Volkswagen is proud to debut this ultra-fuel-efficient vehicle before the Society of Environmental Journalists, a group that shares in our commitment to environmental stewardship.”

In addition to the XL1 display, Volkswagen’s participation in the SEJ Conference included a tour of its LEED® Platinum-certified Chattanooga manufacturing plant and solar park; test-drives in its line of eco-friendly cars, such as the e-Golf, Passat TDI Clean Diesel and Jetta Hybrid; and a bird-watching expedition on Volkswagen Chattanooga’s sanctuary grounds.

The XL1 is an automotive standout that follows pure sports-car design principles: light weight (1753 pounds), exceptional aerodynamics (Cd 0.19), and a low center of gravity. This super-efficient Volkswagen has the ability to cruise down the road at a constant 62 mph while using just 8.4 PS (6.2kW) horsepower. In all-electric mode, the XL1 requires less than 0.1 kWh to cover more than a kilometer.

The XL1 emits just 21 g/km of CO2, thanks to its high-tech lightweight design, aerodynamic efficiency, and a plug-in hybrid system consisting of a 48 PS (35kW) two-cylinder TDI® engine, a 27-hp electric motor, a seven-speed DSG® dual-clutch automatic transmission, and a lithium-ion battery.

The estimated European driving cycle of 261 mpg fuel consumption figure is a record that has not been achieved by any other vehicle to date, showing that Volkswagen is redefining what is technically feasible in the automotive industry. The XL1 also has a top speed of 99 mph and can accelerate from 0 to 62 mph in 12.7 seconds.

Conceptually, the XL1 represents the third evolutionary stage of Volkswagen’s 1-liter car strategy. When the new millennium was ushered in, Prof. Dr. Ferdinand Piëch, now Chairman of the Supervisory Board of Volkswagen AG, formulated the visionary goal of putting into production a practical car that had combined fuel consumption of one liter per 100 km (235 mpg). In the two-seat XL1, this vision has become reality.

Despite the tremendous efficiency of the XL1, the engineers and designers successfully came up with a body design which delivers more everyday utility than the two previous prototypes. In the L1, the 1-liter car that was shown in 2002 and 2009, the driver and passenger sat in a tandem arrangement for optimal aerodynamics; in the XL1, the two occupants sit slightly offset, side by side, almost like a conventional vehicle.