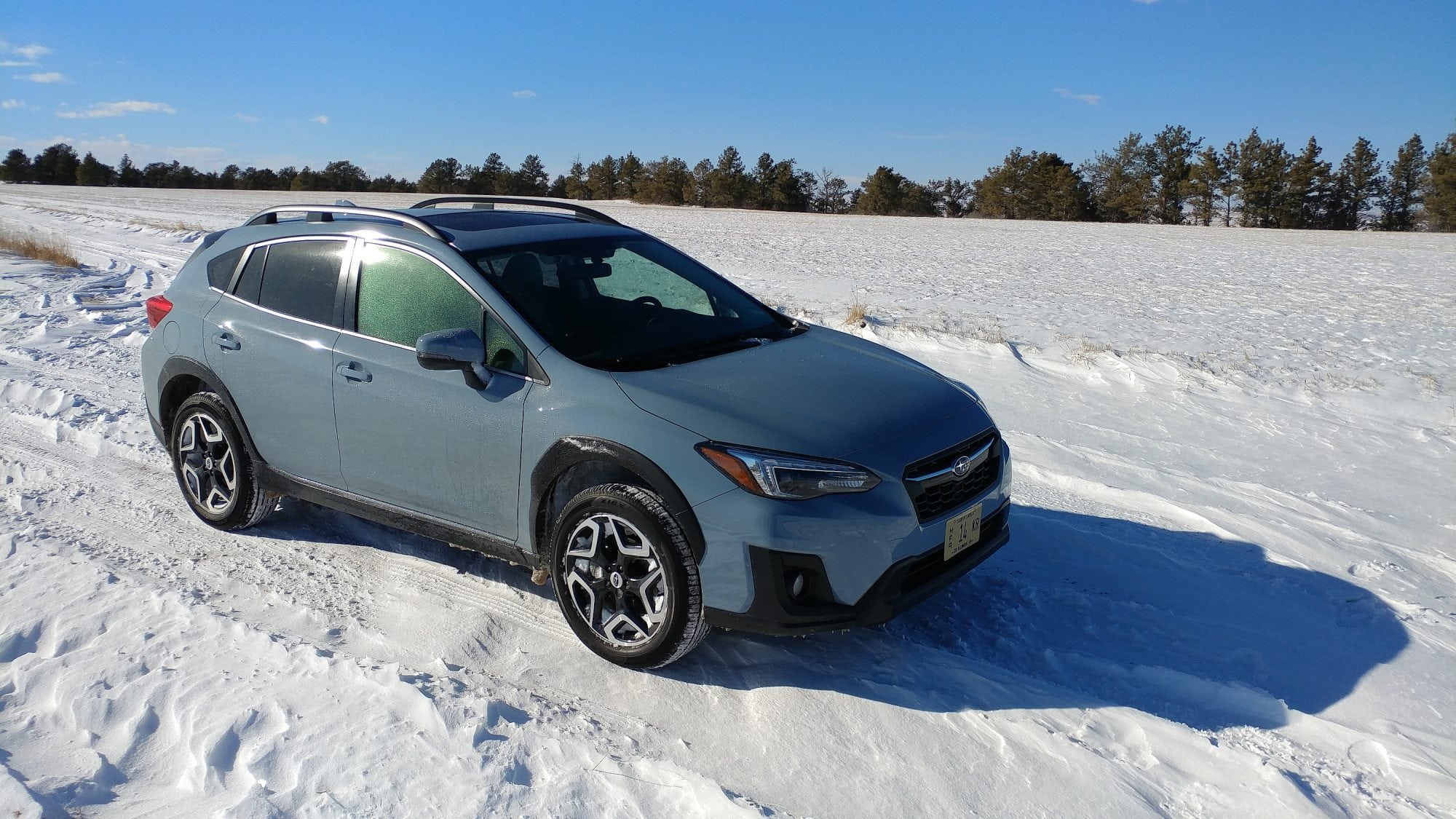 Hyundai redesigned the Tucson for the 2022 model year, giving it a better-looking exterior, more road presence, and a couple of hybrid options on top of its gasoline option. This makes for a 2022 Tucson that makes a strong design statement, comes in any of three powertrain choices, and provides a strong drive dynamic. With only a couple of flaws for us to name, the 2022 Hyundai Tucson Hybrid is a best-of-breed in the small two-row SUV category.

The changes for 2022 come with the new design language proliferating through the Hyundai lineup. For the Tucson, this means bolder body lines without getting too over-edgy or fantastical. The 2022 Tucson’s body lines evoke arrow heads at the front and rear while simultaneously meshing into movement and emboldening the fenders. The Tucson’s grille is a squared trapezoid with cascading headlamps below a strongly-cut engine hood. The 2022 Tucson is at once overly busy in design and still smooth and attention-grabbing. It’s now one of the best looking options in the two-row segments.

Also seeing big changes is the powertrain lineup for the 2022 Hyundai Tucson. At the base is a 2.5-liter four-cylinder engine that outputs 187 horsepower to a six-speed automatic transmission. This option is a showcase of the bare minimum required to motivate a vehicle like this new Tucson. It’s not very confident or powerful, but at least gets the job done. Most will want to look at either of the two hybrid options instead, as they provide a lot more motivation and higher fuel economy as well.

The first hybrid option is a 1.6-liter turbocharged four-cylinder with 227 horsepower when combined with its electric motor. The eight-speed transmission for this setup is smooth and clean-shifting, providing a lot of upgrade to the feel of the Tucson.

Yet the plug-in hybrid option is actually the best of the bunch. This one takes the same 1.6L engine and boosts it to 261 horsepower thanks to a larger electric motor and batteries. The battery is good for about 33 miles of range when driving all-electric–covering most driver’s daily commute or grocery-getting–while still offering the convenience of a gasoline engine for everything else.

Fuel economy in the standard model is 29 mpg on the highway, which is barely average for the segment. The hybrid model boosts MPG to 37 on the highway while the PHEV option ups it to 35 mpg combined (no highway number listed). Our real-world driving of the plug-in model found the highway real-world to be around 40 mpg overall. We think most drivers will see between 38 and 40 on the highway with the PHEV.

There are three trim levels for the 2022 Hyundai Tucson Hybrid and four for the gasoline model. The hybrids essentially skip the lowest base trim (as would most buyers of the gasoline option) in favor of the other three.

Where the trim levels show the most is in the Tucson’s new interior. It’s been redesigned to become simpler and more upscale. The minimalist approach means better quality materials without the added weight of extra bling and cushion. This works well for the Hyundai, pushing into the premium realms with its upper trim points without getting into the luxury price tag arena. 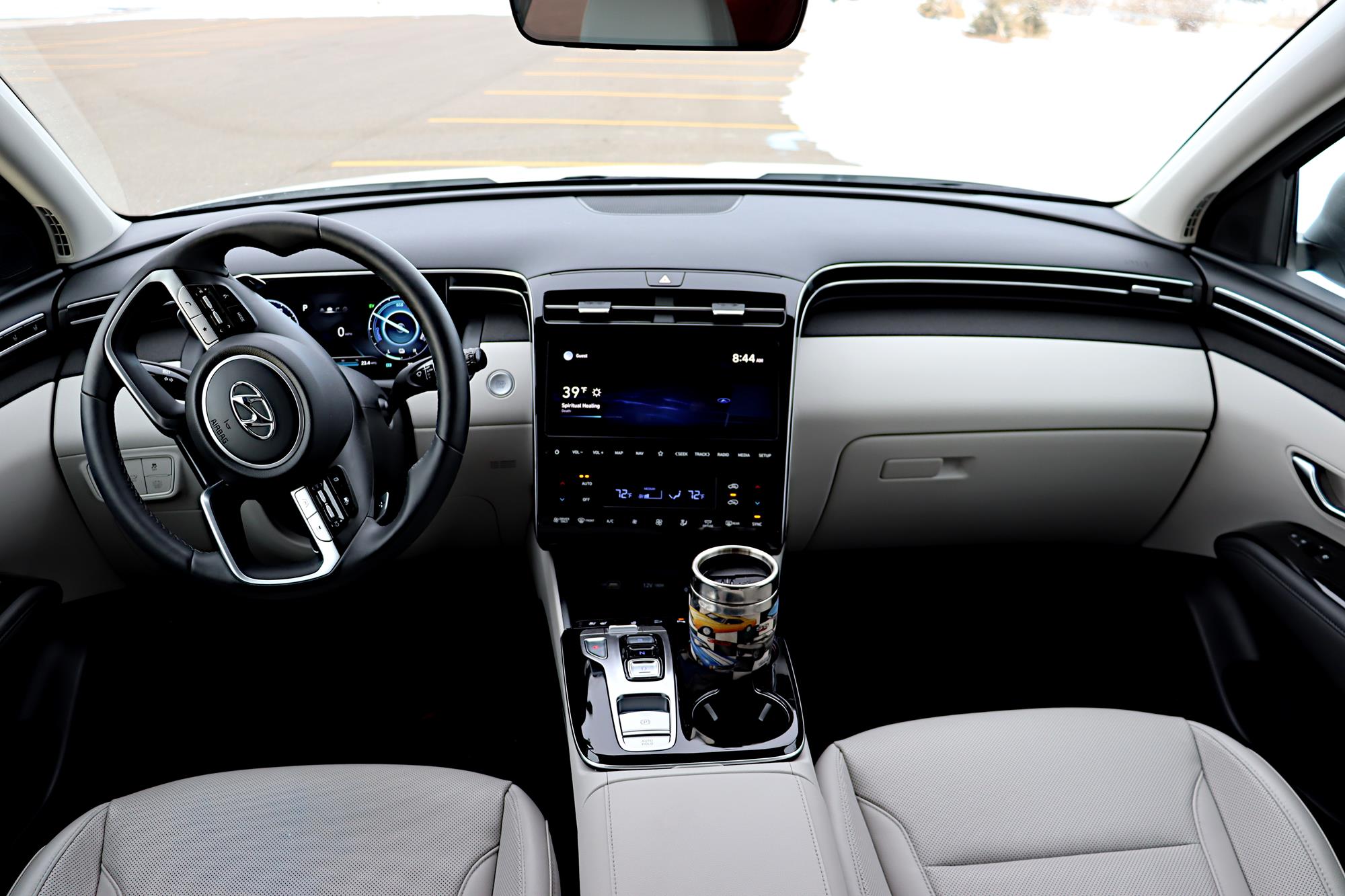 The infotainment in the new 2022 Tucson is well done, but with one big learning curve: the button’s graphics for choosing menu options are larger than the actual read area for them on the touch screen. This means not hitting the button and having to retry is a common problem. The other problem is reflection on the screen, which can make seeing some things on it difficult.

The driver’s gauge cluster and steering wheel controls are well-done, though, and we liked the interior overall. There is little difference in space, seating, or cargo between the gasoline and hybrod models, with the cargo space being a whopping 41.3 cubic feet and up to 80 cubes when the rear seats are folded. The rear seats fold nearly flat in the hybrid model (we did not check the gasoline), so it’s worth noting that bulky objects may not slide in and across without a boost.

For those interested in a fully electric version of the Tucson, there probably won’t be one. Instead, Hyundai is offering the similarly-sized Ioniq 5 EV.