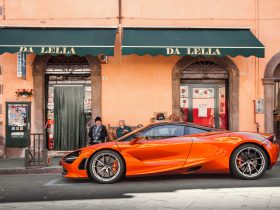 Over the past few weeks Tesla Motors has not had great news when it has come to fires.  The company’s flagship and only current model, the Tesla Model S, has had 3 separate fire incidents.  The latest Tesla Model S fire in Tennessee made the electric automaker’s stock tumble.  However, the owner did respond in a post on Tesla’s official blog.  The way Tesla handled the first Tesla fire was pretty good press relations, but now with a fire at the Tesla plant it will be interesting to see how the automaker responds.

The company and it’s CEO and co-founder, Elon Musk, seem to be allergic to attracting too much negative press.  Musk said recently there would no be a recall of the Tesla Model S.  The fires have still managed to burn Tesla’s stock price over the past few days and this latest incident might do the same.

We hope anyone involved in the Tesla plant fire is doing ok.  Once we get more details and information about the Tesla factory fire we will report it for our CarNewsCafe readers as quickly as possible.

UPDATE 4:25pm:  Here is an official statement from Liz Jarvis-Shean, the Director of Global Communications for Tesla Motors, on what happened today.  It was not a fire as previously reported.

“There was a failure in a low pressure aluminum casting press. Three employees were injured by hot metal from that press. We are making sure that they receive the best possible care.”