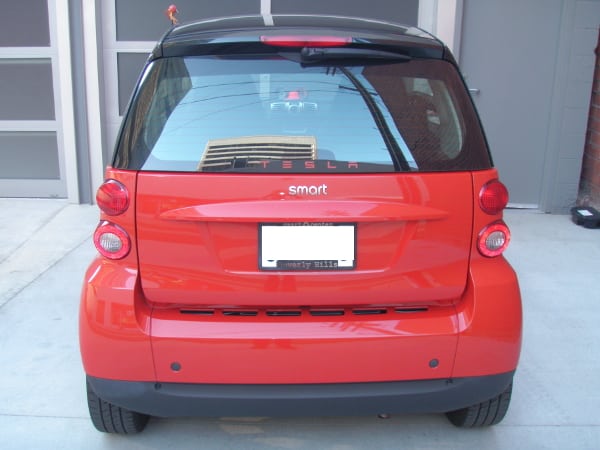 Smart Car 101: The True Costs of a Smart Car

When we’re young, the main things we think about when we’re buying a car are the speed and power, the looks, and our tight budgets. However, now that you have a family, and people who depend on you, one of the biggest priorities when you’re buying a car should be safety. If you’re going to be in the market again soon, here are a few modern safety features you may want to look for…

Whenever you hear “collision prevention” or “collision avoidance”, it refers to a car’s ability to detect an impending car crash with another vehicle or object, and stop or at least slow itself before the moment of impact. Some of these systems are designed for highways, but many only operate at lower driving speeds. Because rear-end collisions have become so common, more and more automakers are beginning to develop more sophisticated collision prevention systems, ultimately leading to a whole generation of safer cars. While these features are pretty rare in the current auto market, they are still available, and many car companies have committed to using a standardized automatic braking system by 2022.

Any vehicle with cruise control will keep itself to a certain speed, but now, this technology has taken a massive leap forward. Adaptive cruise control not only limits your car’s speed, but also uses radar to monitor traffic patterns, and adjusts itself accordingly. As with normal cruise control, you’ll still set your own speed limits, but also how much distance to leave between your car and the car in front. This feature is usually blended with collision prevention and emergency braking features. If you’re constantly out on congested commutes, in the middle of stop-and-go traffic, and taking long trips, it may be worth looking for adaptive cruise control in your next car.

Lane monitoring technology picks up on the road markings on a highway, and your car’s position. If you begin to drift into another lane without a signal on, it will alert you with a flashing light, a sound, or a vibration in the steering wheel. More modern systems can even intervene with this dangerous behavior through corrective braking or steering. While many of these systems are more or less foolproof on highways, bear in mind they can have a bit of trouble reading rural and suburban roads.

Blind spot monitoring is an increasingly popular safety feature on modern cars, and for many consumers, the absence of it can be an instant deal-breaker. As you’ve probably guessed, this feature senses any cars or other obstacles in your blind spot, and warns you about them with a visual or auditory alert, usually a rim of light around your wing mirror. Some go even further with a camera, which will show you real-time footage of your blind spot through the car’s infotainment system. This is particularly useful if you’re planning on buying a larger vehicle like an SUV, with particularly tricky blind spots.