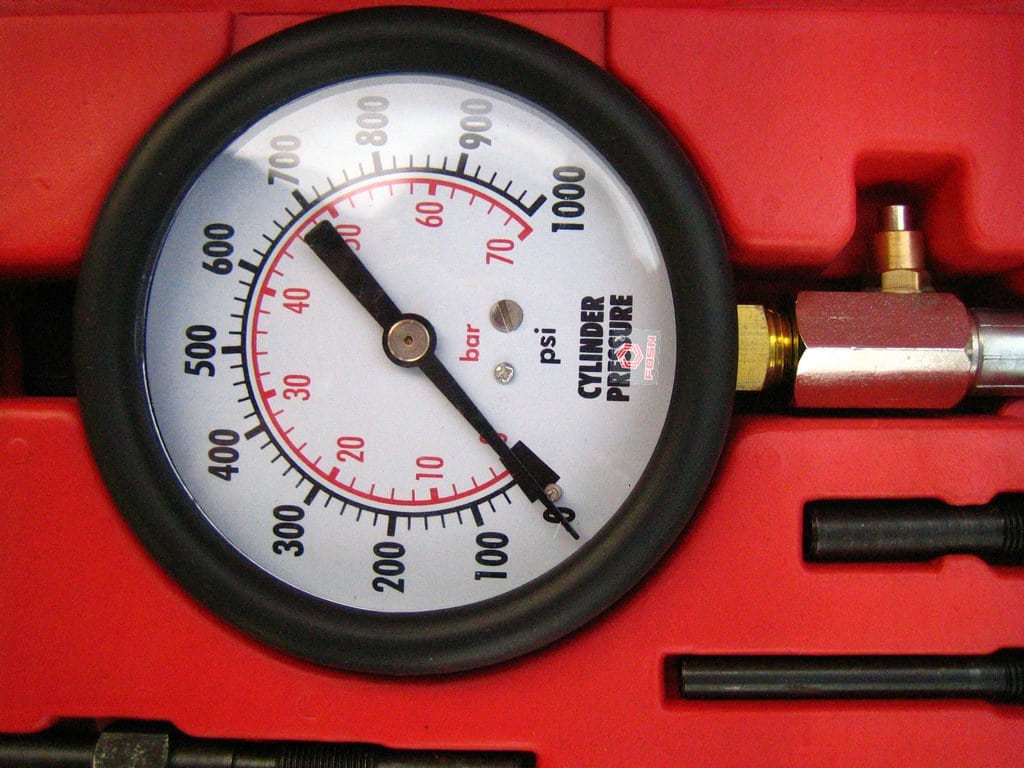 How to Test Cylinder Compression

Before the 1980s, most vehicles used carburetors to mix air and fuel before it entered the combustion chamber to burn. As piston engines improved, however, this inefficient way of mixing air with fuel began to change. Throttle body injection entered the mainstream for a short while, combining a carburetor with what we would now consider fuel injection. It was soon replaced by port injection which is now being replaced by direct injection.

Port injection became the true forerunner of modern fuel injection systems, with fuel being pressurized in a rail system and injected into the air intake at or very near the valve. This mixes the fuel droplets with the incoming air from the manifold just before it all enters the combustion chamber. Over time, the timing of the fuel:air mixture’s injection would be perfected to coincide exactly with the chamber’s pressurization in order to maximize efficiency.

Port injection operates at pressures of around 50 pounds per square inch (PSI), depending on the design. The injector receives fuel from the pressurized fuel rail and then manipulates the pressurized gasoline through a spray nozzle. This is attached to the intake manifold, spraying into the air as it moves into the combustion chamber. As things improved and electronic control got more sophisticated, port injection began to reach its limits. Especially as turbocharging became more and more common. Today’s combustion engines are often turbocharged, but even non-turbo engines can see benefit from newer injection technologies. Enter direct injection, which moves the injection point down to the combustion chamber itself. This eliminates the wasted fuel that often clung to the intake manifold, especially in certain weather conditions.

Direct injection is not a new technology, but was not widely applied to gasoline engines due to it being difficult to control burn and the expense of injector control with high-pressure gasoline. Diesel engines have used direct injection for decades and much was learned from them in the application of DI to gasoline combustion.

In a direct injection engine, the fuel injector nozzle is placed directly at the combustion chamber, eliminating the losses from manifold injection through port methods. Direct injected engines often use one or more fuel injectors per cylinder to maximize spray pattern efficiencies and timing in order to get the most output (burn) from the fuel used. Most direct fuel injection systems are at much higher pressures than are port injection systems. Direct injection is often used in turbocharging as turbos allow control over intake air as well, further boosting efficiency. Both of these combine to allow for cooler operations at higher compression ratios, which improves power output in smaller engine blocks.

All of this means that a smaller engine can now output power equivalent to a much larger engine. In the Ford F-150, for example, the 3.5-liter EcoBoost engine is a high-compression, direct-injected gasoline engine that outputs power on par with many eight-cylinder engines of much larger displacement. This makes the 3.5L engine much more fuel efficient than those V8 counterparts while retaining similar capabilities in terms of power delivery.

With today’s direct injected engines, fuel economy and power delivery are moderated by the engine’s computer, which changes fuel:air mixtures and valve timing on the fly to match needs. The vehicle’s operations can be tuned to maximize efficiency, power output, or a balance of the two and that tuning can change with a button press or a real-time decision from inputs given via the vehicle’s current state of operations.