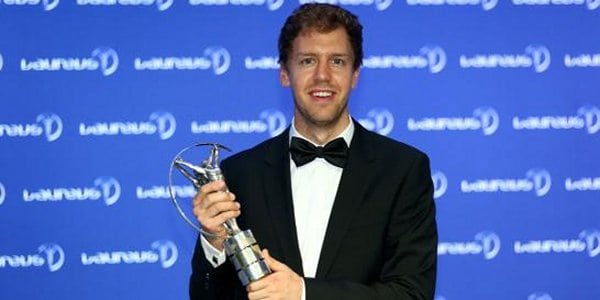 Infiniti Red Bull Racing star Sebastian Vettel was named Sportsman of the Year at the annual Laureus World Sports Awards in Kuala Lampur. In the fifteen years since its founding, the awards have become known as the “Oscars” of the sports world with many great names and star athletes being recognized therein.

This year’s competition was fierce, with finalists including Usain Bolt, Mo Farah, Lebron James, Rafael Nadal and Cristiano Ronaldo. The race car driver Vettel took the title, however, and his award was presented by fellow sportsman and double F1 World Champion Emerson Fittipaldi, who was also one of the 46 judges on the Laureus Academy judging panel this year.