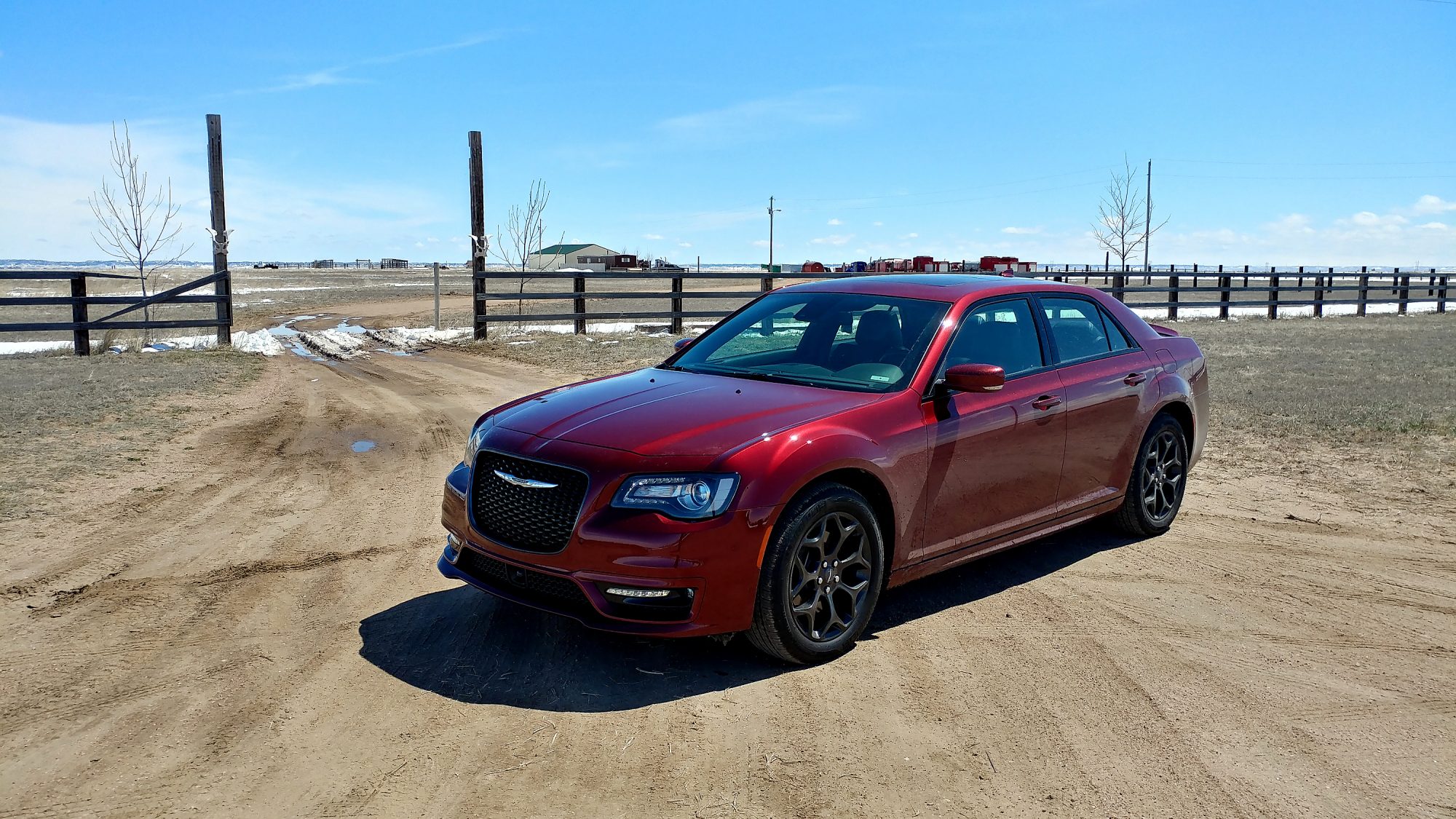 The 2014 Toyota Tundra Limited has seen a significant upgrade from its 2013 model year (read that review here), but still misses on key points that will keep the Tundra behind the competition. The good news is that many of the greatest selling points of the 2013 and previous model years are kept in the 2014 Tundra. The two greatest complaints any pickup truck buyer will have about the Toyota Tundra is its low fuel economy and harsh highway ride compared to nearly every other full-sized pickup on the market. For this new model year, neither of those changes, but a few other updates as well as the retention of the Tundra’s strong points – including a roomy CrewMax cab option, the sliding back window, and more than capable offroad with the TRD package – keep the 2014 Tundra in the offing.

In our week-long test drive of the 2014 Toyota Tundra Limited TRD, we put in a lot of miles during a week in which we saw dry days give way to wet ones, mild flooding, and more dry days. All of this was fine with us, as it gave us a chance to go off the road and test the new Tundra’s mettle. Exterior Overview of the 2014 Toyota Tundra

A lot of subtle changes happened on the exterior to make the 2014 Tundra a more grown-up truck than its predecessors. The rounded edges of the 2013 model are made more square, the hood is taller and the grille is beefier and chrome-ier. Overall, the front end of the 2014 Toyota Tundra is much more macho as the dated plastic of the old look is thrown out for more metallic bling.

Not missing this cue, the rear bed sides and tailgate get similar angular treatments and the Tundra logo is no longer painted on, but stamped in. Sadly, the questionable plastic bed liner remains.

The overall appearance of the 2014 Toyota Tundra is one of a solid, powerful pickup truck. It’s now on par, in terms of styling, with most of the competition. Tim Esterdahl stated as much when he gave the truck a once-over at a Toyota event late last year, which you can read here.

Interior Overview of the 2014 Toyota Tundra The interior changes are nearly as drastic than those of the exterior. Some of them are nice upgrades, but many of them replace things that really didn’t need replacing.

Sitting in the driver’s seat, one immediately notices that the gauge cluster is not as deep, but has been replaced with more readable instruments of a lighter shade. Sadly, this means glare is an issue, so this is a good-with-the-bad mixture. Next to those, at the center stack with the upgraded radio, things are pulled more towards the driver, making them far easier to reach and much more comfortable to operate. Although the sadly outdated GUI of Toyota’s infotainment remains, some updates include easier smartphone integration.

The center storage bin (in the bucket seat option) is still large enough to house a small family and storage spaces abound throughout the truck. We did note that the love affair with sunglass cubbies seems to have come to an end. Some might also note the lack of a grab bar for climbing into the driver’s cockpit. The owner’s manual recommends grabbing the steering wheel, which any cowboy knows is tantamount to placing your right foot in the stirrup to swing into the saddle. It’s just not done.

The rear seats also saw a big change – namely the removal of slide-and-recline in favor of some kind of hokey under seat storage option. Parents will note that the anchor for the top strap on a child safety seat is now very difficult to install thanks to those seats no longer moving to allow easy access.

Under the 2014 Tundra Limited’s Hood

While the rest of the full-sized truck segment has made recent moves towards better fuel economy, a lighter ride, and higher maneuverability, the 2014 Toyota Tundra changes little from the previous-generation’s drivetrain and chassis options.

The entry-level V6 is still there to attract buyers who need no capability from the truck (offering nearly little fuel economy payoff in the bargain at 16/20 mpg), the mildly-powered and inefficient 4.6-liter V8 is still available, and the powerful but fuel-sucking 5.7-liter V8 (13/18 mpg) remains the engine of choice for workhorse buyers and those who prefer a full-sized truck that’s capable of hauling and pulling things.

Our test model had that latter 5.7L, which performs as well as it always has. It’s big, beefy, capable, and sure. It’s also a guzzler.

With very few chassis changes, the 2014 Toyota Tundra remains a rough ride on the road and still maneuvers like a big truck in the parking lot. It feels sturdy and drives well, but gives little quarter when it comes to softening the blows of the road.  Compared to the competition, though, the 2014 Tundra does have a lighter steering feel.

With all of this, the new layout of the Tundra’s interior is, all together, a big improvement over the previous years. It’s more ergonomic, a little more comfortable, and has a much better day-to-day feel. So while some of the subtractions are missed, the new additions make up for them and create an overall improvement. Since the Limited package we were given included the TRD offroad options, we thoroughly tested them thanks to the inclement weather we were blessed with during our test week.

For the most part, little has changed from 2013 to 2014 in terms of capability off the road. The Tundra TRD is still a deep mud digger, fast dirt thrower, and great hill climber. In our splashing, bogging, bouncing, and climbing, we found no faults to point out here save one: muddy door handles tend to stick open on the exterior. This is due to the large size of the handles and their relatively large lever pull, which easily gunks with debris to make it stick. A slap with the palm clears it.

Most of the competition has moved ahead of Toyota’s Tundra, offering better fuel efficiency, a nicer ride, and so forth. While brand loyalty always remains strong in the full-sized pickup truck segment, from a bird’s eye view, most pickup trucks now have similar looks in terms of the overall impression they’re going for: beef with a side of potatoes and maybe some bacon for good measure. The Tundra’s new look does well to get in there with the big boys and hold its own. Too bad the other improvements aren’t there as well.

Ford has the efficient EcoBoost and will move to lighter aluminum bodies next year, further improving fuel economy. General Motors has Ecotec engines and a handful of efficiency options while Ram has come forward with a diesel option for the half ton and a stellar new eight-speed transmission. By comparison, only Toyota and Nissan have made no moves towards improving efficiency, though Nissan does have plans to remodel its Titan in the next year or so.

Compared to the F-150, the Ram 1500, and the Silverado, the 2014 Toyota Tundra has a rougher ride, lower fuel economy, and seems more dated. Despite a redesign. What it retains is legendary Toyota quality, excellent offroad prowess (with the TRD package), and a few touches that only Toyota provides. For the objective truck buyer, though, it would be hard to justify a Tundra purchase versus some of the competition. Great new look with a more powerful, purposeful presence than before.

Although the 2014 Toyota Tundra Limited has undergone a big redesign for the new model year, the overall improvements versus what was removed seem to be largely a wash. The items that most needed improving to remain competitive in the segment were ignored with the exception of the exterior. The new look gives it a bolder, more powerful appeal that fits with the full-sized truck market, but the lack of fuel economy or road ride softening remain problematic. In short, the 2014 Tundra is no better or worse than the 2013 was in terms of the overall market and Toyota may find itself continuing to lose market share as a result.

Test Period Length and Limitations
The 2014 Tundra was loaned to us from the manufacturer as a press vehicle. Our week-long test drive saw 306 miles of on and offroad driving, including highway, freeway, town, and city mixes.