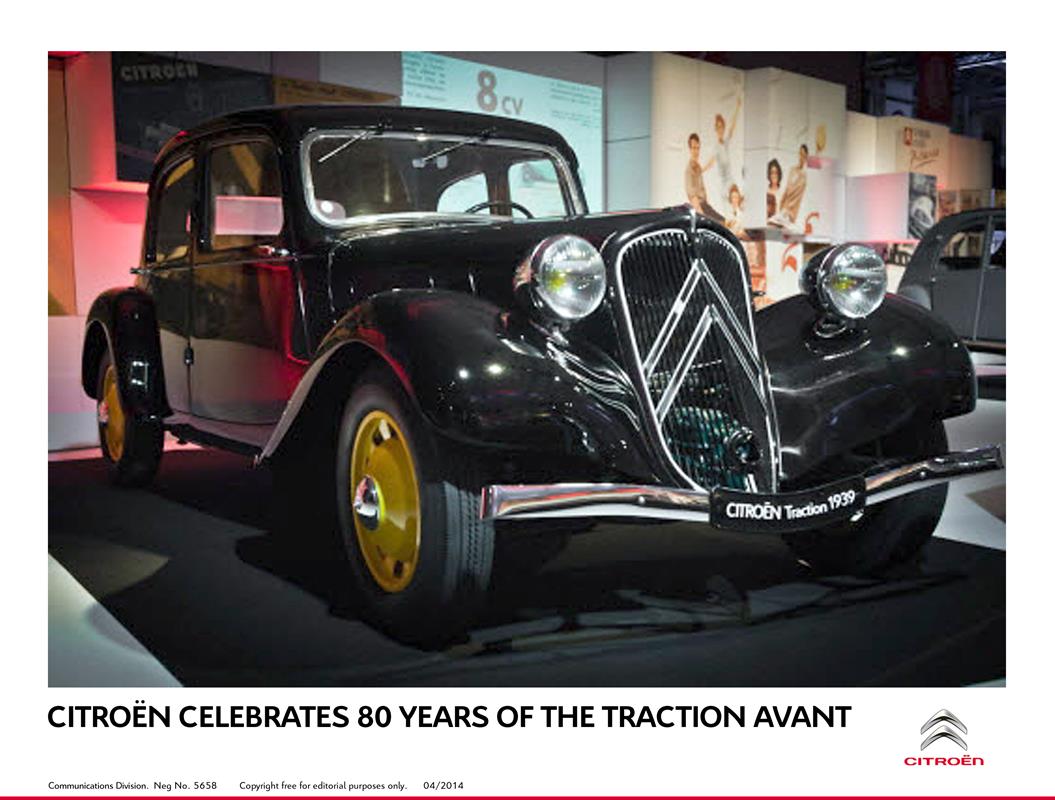 Citroen is celebrating the Traction Avant, the first front-wheel driven production vehicle. The first of the series, the Citroen 7A, was unveiled in 1934 with several revolutionary technologies on board, including “traction avant” (FWD).

The Traction Avant also had a low center of gravity, a steel monocoque body, was light weight, and was one of the most aerodynamic cars of its time. It set standards for its handling, road-holding characteristics, and flowing design. It revolutionized both the consumer automotive industry and motorsports as the design elements of the 1934 car began to filter into other maker’s vehicles.

Most of the vehicles in this photo series are from the Paris Retromobile show in February, which had two Traction AVant 11 Familiale models from 1937 and 1957. A unique 1955 Traction Avant Sans Frontieres 11BL is being showcased now in the My Citroen Adventure exhibition at C_42 in the Champs-Elysees, also in Paris.

The 1955 will be moving around festivals in France, including the Montlhery track during the Autodrome Heritage Festival in early June and the Le Mans racetrack in early August.