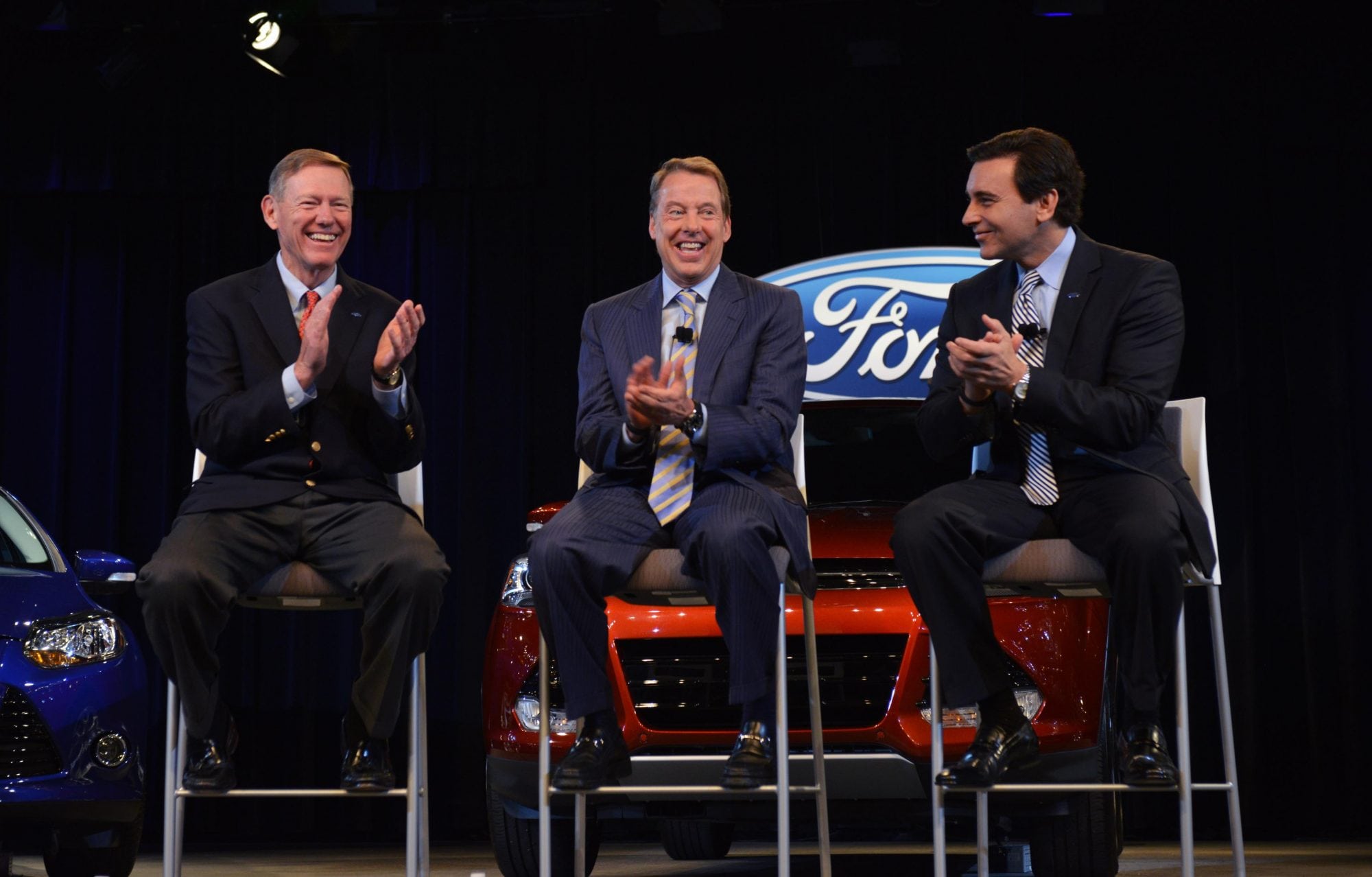 Alan Mulally, who has been CEO of Ford since 2006, is stepping down to retire at the end of June with Mark Fields, who has been Chief Operations Officer (COO) since the end of 2012, will take over as CEO and President on July 1, 2014.

The transition has been long in the planning, Bill Ford says that the transition will be smooth and has been expected for some time. In fact, he says, Ford expected Mulally to be on board for less than a decade before handing the CEO’s office to someone else. “From the first day we discussed Ford’s transformation eight years ago, Alan and I agreed that developing the next generation of leaders and ensuring an orderly CEO succession were among our highest priorities,” Executive Chairman Bill Ford said. “Mark has transformed several of our operations around the world into much stronger businesses during his 25 years at Ford. Now, Mark is ready to lead our company into the future as CEO.”

Mulally is sixty-eight and was instrumental in keeping Ford out of bankruptcy (and bailouts) through the financial crisis that took a heavy toll on the American automotive industry.

“Alan deservedly will be long remembered for engineering one of the most successful business turnarounds in history,” Bill Ford said. “Under Alan’s leadership, Ford not only survived the global economic crisis, it emerged as one of the world’s strongest auto companies. We always will be grateful to Alan for his leadership, compelling vision and for fostering a culture of working together that will serve our company for decades to come.”

The board had counted on the transition happening at the end of the year, but Mulally and Bill Ford felt that the leadership team is already ready and sped up the timetable by six months.

Fields has a long history with Ford, serving in several key executive positions since well before Mulally took on the CEO role. His biography at Ford shows that he joined the company way back in 1989.