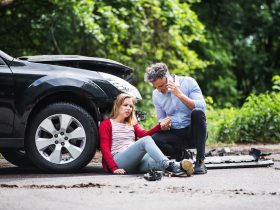 How To Cope From Stress And Anxiety After A Car Accident?

Just like your personal computers and data are at risk from hackers, so is your automobile. Most of the security for your automobile is controlled solely by the manufacturer. While automotive manufactures have been slow to publicly admit to the dangers of their cars being hacked, recent high profile hacks have refocused their efforts to be more transparent on security features that protect vehicles from hackers. Some digital forensics teams can assist after a security breach occurs, protecting your car from security threats isn’t something you can fully do by yourself.

In fact, one car has already been recalled due to its potential hackability: the 2014 Jeep Cherokee. 1.4 million cars were voluntarily recalled in response to research finding that they were vulnerable. Other at-risk cars are the 2014 Infiniti Q50, the 2015 Cadillac Escalade, the 2014/2010 Toyota Prius, and the 2014 Ford Fusion.

On the other hand, cars considered the least hackable tend to have the fewest computerized and networked components, especially when in-vehicle networks can’t communicate with the physical components of the vehicles mentioned above. Some of the most secure cars on the market today include the 2014 Audi A8, the 2014 Dodge Viper, the 2014 Honda Accord, and the Tesla Model S.