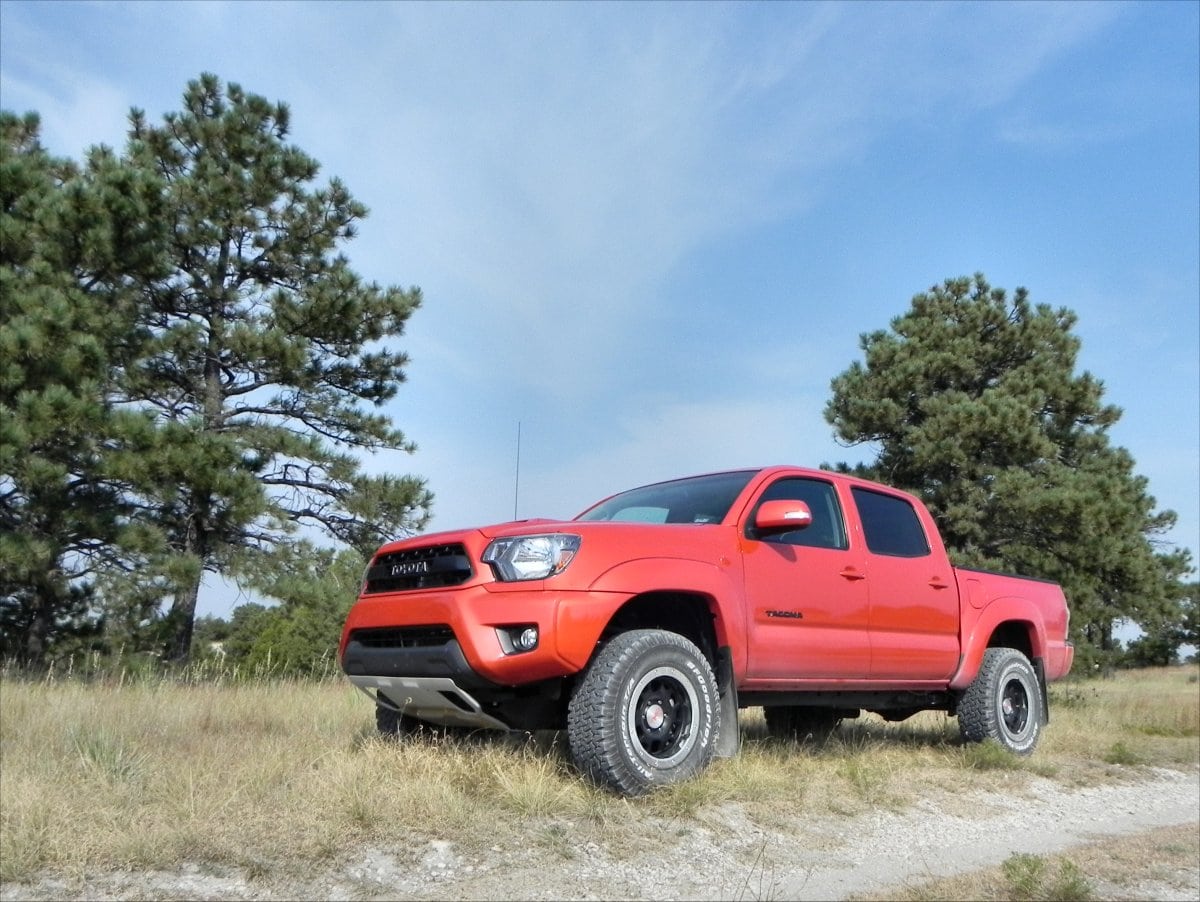 The new 2015 Chevrolet Colorado is a comfortable truck with an excellent drive and interior. But calling it “midsized” is a bit of a misnomer. And they thrived. Toyota almost literally cannot make the Tacoma fast enough and the Nissan Frontier has been selling very well besides. The lack of competition and relatively low market volumes and profits, though, meant that those two little trucks saw little change. For over ten years, they’ve been largely the same with just a few tweaks here and there.

Then came the Chevrolet Colorado. This truck, and its GMC twin the Canyon, didn’t necessarily change the game, but they did shake up the market. Enough so that Toyota has debuted an all-new Tacoma for 2016 and Nissan seems poised to unleash a new Frontier any time now – probably about the time the hype for the new Titan XD begins to quiet down.

For its part, the 2015 Chevrolet Colorado is bigger than both the Tacoma and the Frontier and it’s more comfortable and road-worthy as well. This has its good points, but also raises a few questions about the purpose of this pickup.

Exterior of the 2015 Colorado On the outside, the Colorado is very different than the Chevy full-sized truck line. Unlike the Silverado and GMC Sierra, the Colorado has none of the blocky, squared-off look and LEGO-ish accented fender work. Instead, the Colorado is rounded, with a coupe-like roof line and more sport to its bulk.

The 2015 Chevrolet Colorado has a younger, fresher look than does it full-sized brand mates. This has a lot of appeal and if sales are any indication, there are truck buyers who’ve lost interest in the “I’m bigger and beefier than the others” trend behind the full-sized market’s design themes.

The 2015 Colorado is available in an extended cab and crew cab configuration. The former seats two or four and the latter seats five. There are two bed lengths and four trim levels for this truck. We drove the top shelf Z71 package with a crew cab and short box.

Inside the 2015 Chevy Colorado The interior is spacious. Far more so than either of the other midsize truck. This has a lot to do with the Colorado’s bulk, of course, which we’ll discuss later. Seating in the Colorado is roomy and well-accoutred. There is a lot of quality to the interior components and the overall design is modern and up to date. The back seats are also surprisingly roomy in the crew cab, with enough space that three adults can actually sit across and not be too sardined.

The driver’s controls will be familiar to most Chevrolet truck and SUV owners, with an easy layout and good design. The upper-tier Colorado models also feature the new MyLink infotainment system from Chevrolet with its great voice command system and built-in Siri Eyes Free tech for iPhone users. Surprisingly, the Colorado didn’t have the same hiccups in its touchscreen interface we’ve noted in some other Chevy models with their sometimes glitchy infotainment.

Overall, the interior of the Colorado is a shining point for this truck.

Under the Colorado’s Hood There are two engine options for the 2015 Chevrolet Colorado. The base engine is a 2.5-liter four-cylinder that turns out 200 horsepower and 191 pound-feet of torque. A six-speed manual transmission is also standard, as is rear-wheel drive. A six-speed automatic is available with this engine. Both the manual and automatic return similar fuel economy numbers, being rated at 22 mpg combined. Adding four-wheel drive drops that to 21 mpg.

The other engine is a much more usable 3.6-liter V6 that puts out 305 hp and 269 lb-ft of torque. This runs through a six-speed automatic transmission as the only option. Rear-wheel drive is standard and four-wheel drive is optional, though some trims like the Z71 we drove are 4WD only. Fuel economy ratings are 21 mpg combined and 20 mpg combined for 2WD and 4WD respectively, so you don’t sacrifice much for the bigger engine. You also double towing to a maximum of 7,000 pounds with the V6. The 25 mpg highway fuel economy rating for the 4WD V6 package is close to reality for most drivers.

We do note, however, that the Z71 “Offroad” package is only carrying over a name. There is little to no true offroad equipment on the factory Z71 Trail Boss. We recommend skipping the Trail Boss option, which is an expensive upgrade package that gives little value and includes one of the most useless cargo dividers we’ve ever encountered.

Everyday Driving in the 2015 Colorado As a daily driver, the Colorado is a good truck. It’s comfortable, easy to manage, and does well on the highway. It should be noted, however, that the 2015 Chevy Colorado is not much smaller than a half-ton full-sized pickup in terms of length, width, and height. For all intents and parking purposes, the Colorado is a full-sized truck. Even with the short bed option.

This also means that in daily use as a hauler, it’s similar in most respects to a Silverado. The sides are high, the bed is tall, and climbing in and out requires some degree of agility. In short, the Colorado is more like a full-sized truck than it is a midsize.

Hauling and Working With the 2015 Chevy Colorado We used the Colorado to help a neighbor move and found the bed, while short, to be useful and capable of carrying a lot of cargo. Although the load height was high, the Colorado did have a good carrying capacity thanks to the high sides on the bed. We were able to use a Toyota Tacoma for a similar move a week or so later and were similarly impressed, but more for the lower load height and simpler climb to get in and out. The Tacoma, however, was not able to carry as much without creative use of tie-downs.

This is, again, an illustration of the Colorado’s size being more in line with full-sized pickups. Our overall assessment is that the 2015 Chevrolet Colorado has a lot of appeal for pickup truck buyers who are less concerned about physical size measurements and are instead more interested in a younger, less “tough guy” body design. The interior experience rivals anything in the Chevrolet line of pickups and the highway ride is very comfortable in the Colorado. Those who want a smaller truck for its better maneuverability or who are looking for a truly offroad capable machine will need to look elsewhere. Fuel economy in the Colorado is very good for the segment, however, and it is, on the whole, a very capable, well-rounded pickup truck for most needs.

Test Period Length and Limitations
The Colorado was a manufacturer’s press loan for about a week.