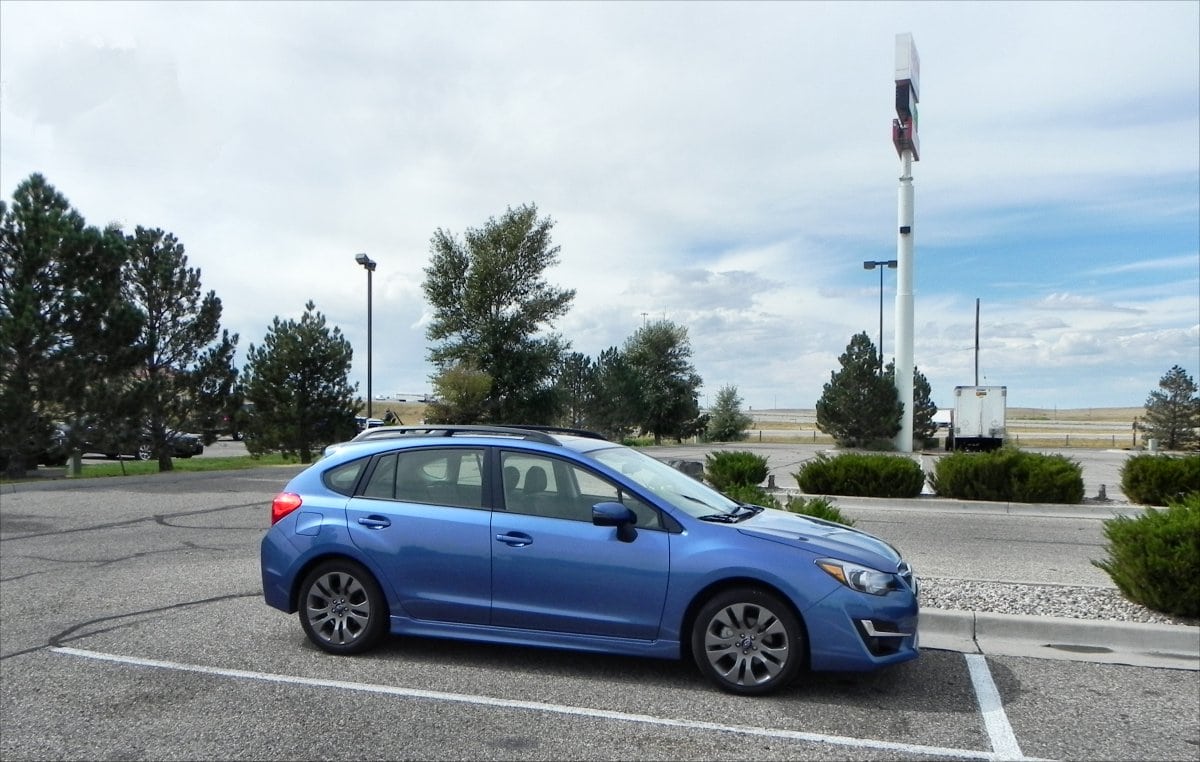 What a way to finish out the 2015 model year than with one of the most highly regarded luxury sedans available today. The Infiniti Q50S is a darling of automotive critics, myself included.

This luxury sports sedan is a rare blend of stunning looks, high tech offerings, lavish interior and refined driving. That last part is really what makes the Q50 special. For driving enthusiasts, those who want to feel the road, those who like a car to be in tune with the road, the Q50 hits the mark. With a 3.7-liter, six-cylinder engine, the Q50 has ample power – to the tune of 328 horsepower. But beyond the numbers is the responsive steering, it’s important to note that my tester did have the Direct Adaptive Steering (DAS) system, which some auto critics have criticized. However, I found the steering to be precise and responsive – as good as any luxury vehicle I’ve driven, including BMW and Mercedes. The DAS system is different. You notice the steering feel immediately, but to me, it resembles a sports car, and is how I like vehicles to respond. It takes a gentle touch, and nothing rapid, as it will respond accordingly.

A 7-speed automatic transmission is the only option available. It offers clean, seamless shifts. Paddle shifters are available for those who wish take more control over the vehicle.

The Q50 is a rear-wheel drive sedan, but all-wheel drive is also available. My tester had the RWD and while I love AWD, the Q50 performs well. It behaves like a sports car and thus does not need all-wheel drive.

The looks of the Q50 are beyond eye catching. The elongated front end dominates the aesthetics of the car. There’s some similarities to Jaguar styling on the Q50, but overall, it has consistently good looks to match others in the Nissan/Infiniti family of vehicles. The sporty front fascia is balanced well over the long hood which has indented, modern looking lines on it. The styling continues on the side panels with more attractive distinction incorporated in it. The Q50 is one of the best-looking sedans on profile. The only real criticism is that it loses some of its looks on the back end. There really are few distinctive features on the back side of the Q50. It looks rather boring from the back.

Inside, however, there is nothing boring about this sedan. All materials are soft to the touch, including a plush dashboard and side panels. There are aluminum accents found throughout the interior as well as dark faux wood accents. It all flows perfectly together, as if placed their by an elegant interior designer. While some luxury sedans come up short on the luxury, there’s no doubt you’re in a luxury sedan when you’re inside the lavish Q50. A power sliding tinted moonroof is attractive with true panoramic openings, and easy one button close, including a visor to keep the daylight out if you so choose. Leather seats are incredibly comfortable offering both legroom and headroom, even in the backseat. Front passengers can even bolster thigh support with a manual thigh extension.

Infiniti brags on their InTouch Dual Display System. Unfortunately, with two screens, both which do different things, this is a feature that needs reworking. It’s not an intuitive infotainment system, although there is some neat technology with it, and there is flawless interaction with devices as well great apps to increase the systems abilities. But due to the angle of the screen, often sun glare made it hard to see, and I found myself closing the sunroof visor all the way to decrease that glare.

The Q50 has four trims including base, premium, S and hybrid. My tester was the top-of-the-line Q50S. The base price is quite affordable, for all you get. With an MSRP of $43,650, the Q50S is competitively priced against its European counterparts. My tester came with several upgrades including a technology package that had several sensor-based features like intelligent cruise control, advanced front collision/braking, blond spot warning and distance control assist. It’s pretty advanced technology that shows the car industry is getting closer to self-driving features, as many of these aid in such endeavors. My tester had other packages as well including the deluxe features like telescoping steering wheel, Around-View camera monitor and front and rear parking sensors.

In the end, my tester had a final MSRP of $54,055. The rear-wheel drive, five-passenger sedan has an EPA rating of 20 mpg/city and 29 mpg/highway. The AWD version gets slightly worse fuel economy. In a week’s worth of driving, In a week’s worth of driving, where I employed the sport mode (over the econ or normal modes of the driver select mode) and got into the accelerator, I averaged about 21 mpg.

I’m a firm believer that driving a car should be more than just something to get you from one point to another. Rather, it should be a vessel that offers comfort, entertainment and joy. The 2015 Infiniti Q50 covers all those bases with a fun-to-drive, comfortable and attractive luxury sports sedan.