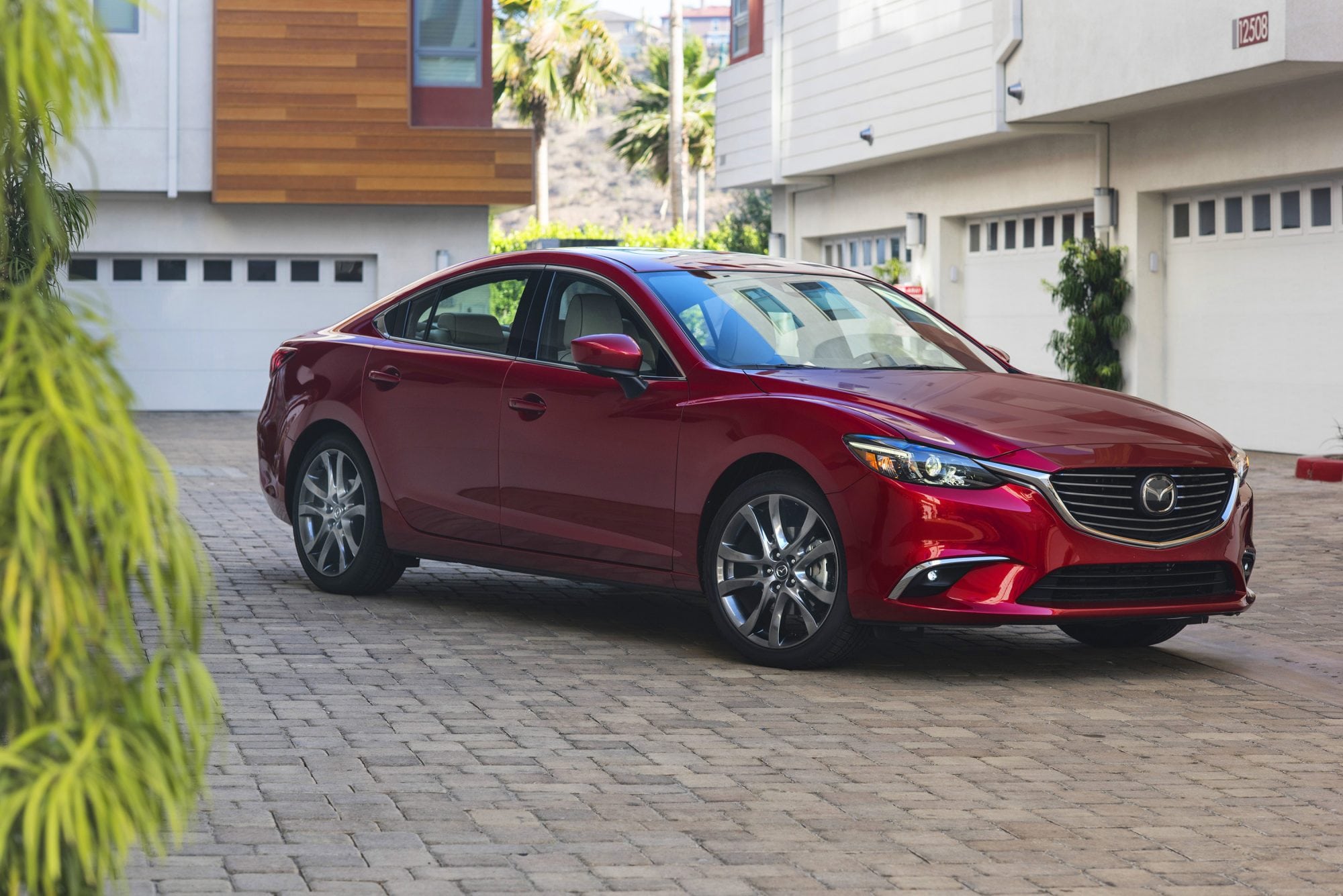 You could argue that the decline in popularity of midsize sedans has everything to do with the overall vanilla nature of these cars. In the crowded segment, few cars stand out. They may have nice looks, but a boring interior. Or a great engine, but a bland interior. There aren’t many that offer the total package.

My tester, the 2017 Mazda 6 Grand Touring may not encapsulate the best of all offerings in the midsize segment, but it comes pretty darn close. Mazda is a brand known for spirited performance. You can never judge a Mazda by its output numbers as it will over perform the horsepower more times than not. In the case of the Mazda 6, that’s certainly the case. Although there’s only one engine option for the Mazda 6 which is certainly a negative for the consumer. It would be awesome to see this car with a turbocharged engine. Instead, there’s a 2.5-liter four-cylinder engine that makes 184 horsepower.

As mentioned, the 184 horses feel more like 200+ as this car is plenty peppy, even without a turbo. The Mazda 6 has a standard manual transmission, but also comes with an optional six-speed automatic. This transmission is adequate but uninspiring. The transmission holds the shifts back a little too long in third gear and has an occasional weird downshift lag. Switch the 6 to sport mode and you can overcome some of the transmission’s quirks. The steering is sporty and the Mazda 6 handles well. In comparison to some of its competition, the Mazda 6 is more exhilarating with confident steering and braking. Though little is changed for this model year, the 2017 Mazda 6 still has current, attractive looks. The front end is sleek with a classic-looking grille. A chiseled, streamlined indentation starts from the front end, over the front wheel well and makes it way along the side panel. Styling touches like this help give the Mazda 6 distinction and shows that this family sedan does not yet need a refresh.

Dual exhausts on the back end seem dull in comparison to the rest of the car’s exciting design. The back side of the Mazda 6 loses much of the flare that exists on the front and side. A subtle rear spoiler redeems it somewhat. The Mazda 6 has LED lights on the front and back. Night vision is good with these lights, without being too over powering.

Inside, the Mazda 6 differentiates itself from some of its competition with a high-quality interior. Soft materials can be found throughout. Though my tester was the top-of-the-line Grand Touring trim, even the base trim offers plenty of comfort. The five-passenger sedan has a big back seat where even adult passengers will enjoy ample leg room and headroom. Overall, the cabin raises the bar when compared to some of the other more conservatively designed interiors found in this segment. The trunk has 14.8 cubic feet of cargo space, which is less than several vehicles in the segment, including the Accord and the Camry. Road noise is pervasive in the Mazda 6. With the softer materials used, I expected to hear less from the outside within the cabin.

If you’ve read other reviews of Mazdas that I’ve written, I will continue to be a broken record when it comes to the infotainment system. The MazdaConnect system needs a faster processor. There’s lag in response time on the navigation and even on simple tasks like changing channels or going to the main menu. Additionally, the entire interface is more complicated than it needs to be. The 7-inch touchscreen is angled well and is bright and colorful. The center stack is clean and simple. Just as Ford needed to upgrade their Sync system to get up to their competition, so too does Mazda with this infotainment system.

There are three trim levels for the Mazda 6: Sport, Touring and Grand Touring. The base Sport has a starting price of $21,945 which is quite competitive for this segment. My tester had a base price of $30,695. But with options like the premium package, which includes LED accent lighting, Nappa leather seats, heated rear seats, heated steering wheel and black headliner, my tester had a final price of $34,530. These touches do add a lot to the bottom line, but each one helps make the Mazda 6 a little more special than its competition.

All sedans strive to exceed 30 mpg. The Mazda 6 achieves this goal. The EPA rating is 27 mpg/city and 35 mpg/highway. In a week’s worth of driving, I averaged just over that magical 30 mpg threshold.