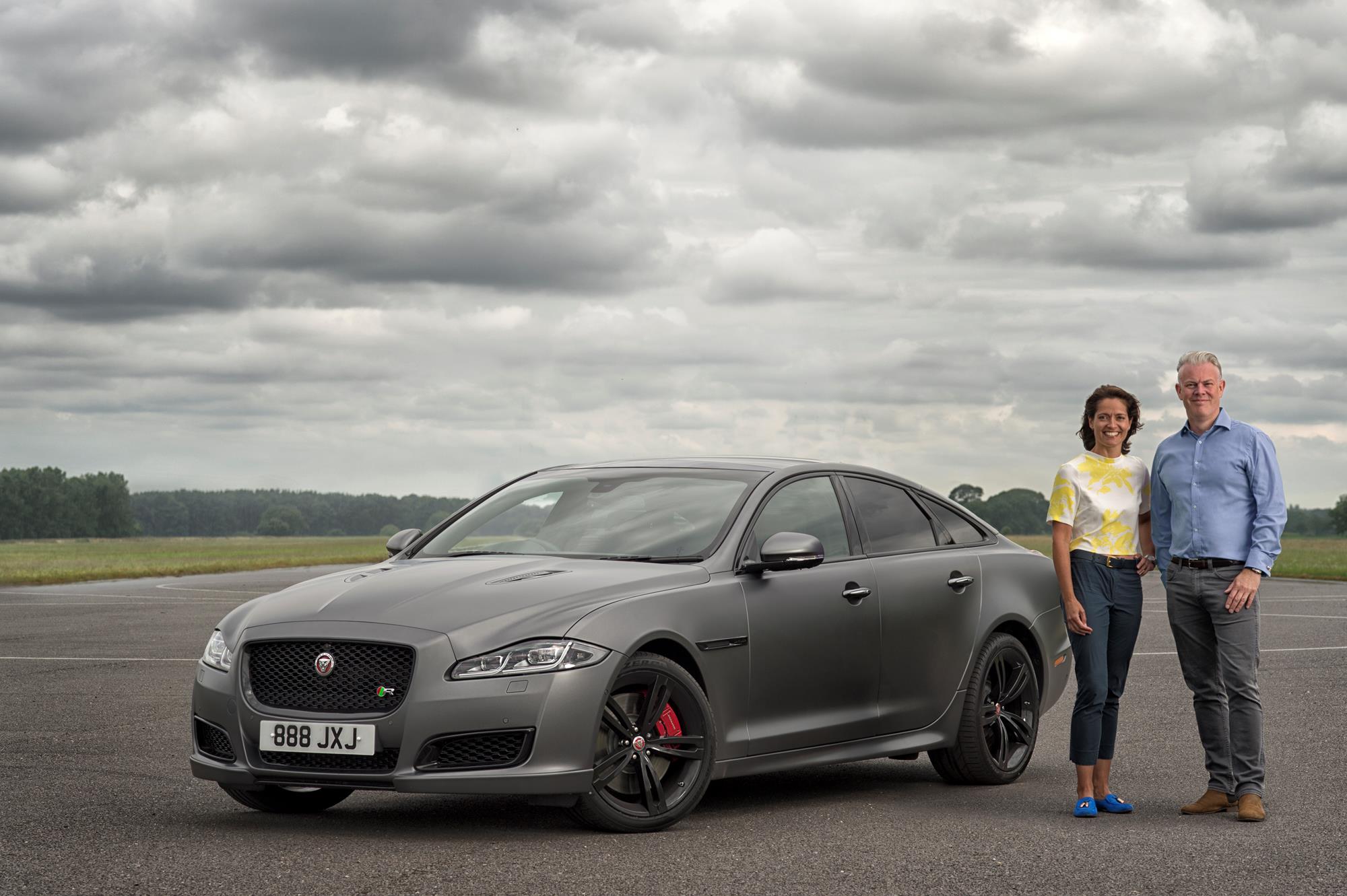 Jaguar has launched its latest full-size super sedan, the new 2018 XJR575, with a high-speed interview starring Jaguar designer Wayne Burgess being questioned by TV presenter and race driver Amanda Stretton as the performance sedan accelerates to its top speed of 186mph.

Lasting just 44 seconds – the time it takes the fastest iteration of the XJ sedan to reach its top speed – Burgess gave a quick-fire insight into the development of the potent new model.

The high velocity interview was almost over before it began, but the unrelenting acceleration of the new XJ flagship did not stop Burgess, Production Studio Director and SVO Projects Director at Jaguar, from providing a unique take on the performance sedan. Watch the video here.

“I have done plenty of short interviews in my time, but nothing quite like this,” said Burgess. “It might have been a bit of fun, but doesn’t it just demonstrate perfectly the extreme performance of the new XJR575? I could barely finish answering those quick-fire questions before we hit 186mph and then it was all over! Can we go again?”

The XJR575 is the new performance flagship for the XJ range; its 5.0-liter supercharged V8 engine benefits from a healthy 25 horsepower increase – from 550HP to 575HP – which delivers a 0-60mph time of just 4.2 seconds. Coupled with 517 lb. ft. of available torque, the new addition to the XJ range effortlessly accelerates from a standstill while drivers benefit from Jaguar’s characteristic interior refinement.

Updated exterior badging and twin hood louvers distinguish the vehicle from the rest of the range, as do the red brake callipers that accompany the 20-inch 5 Split-Spoke ‘Style 5044’ gloss-black wheels. Bespoke embossed tread plates alongside intaglio and diamond-quilted seating add a final flourish to the  interior of the XJR575.

“This is a performance vehicle, but that doesn’t mean we have had to cut any corners when it comes to comfort or design,” said Jaguar Design Director, Ian Callum. “Jaguar is the standard bearer for interior refinement and the XJR575 is no different. It can go very quickly, but it does so with the serene comfort customers expect from a Jaguar sedan. That makes this a very special car indeed.”

Further announcements for the rest of the core 2018 Jaguar XJ range and U.S. pricing will follow later this year. For additional information please visit www.JaguarUSA.com or your local retailer.