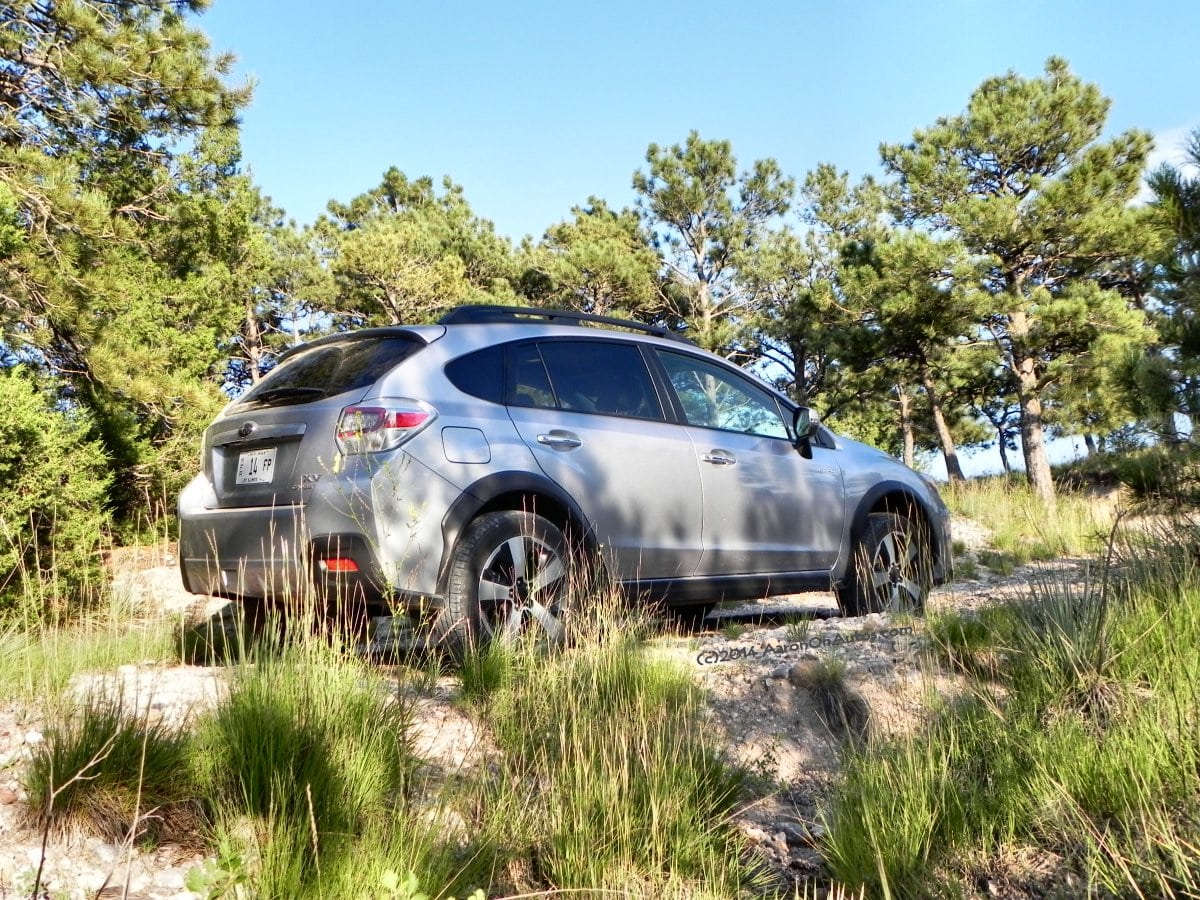 The Subaru STI is the premier performance vehicle in the Subaru lineup, being the street-legal version of the rally-winning powerhouse that dominates the world circuits. The 2018 STI is marked by a huge rear spoiler, a hood scoop that means business, and a ton of barely-contained energy.

The performance-centric Subaru WRX is a fun little car built on the Impreza platform. The STI model takes the WRX’s funbox nature and throws on a lot of extra performance tuning to make it madly addicting. The engine gets more air pushing goodness to up the power output, the chassis gets even more tightening and suspension tuning for better performance, and the center differential is improved with driver controls and more aggressive sport-focused programming. Throw on some better brakes, a few aerodynamic updates, and a huge rear spoiler and the transformation from WRX to STI is complete. The best part about the 2018 Subaru STI is that all of these fun times are still built around the Impreza sedan’s useful five-seat configuration with its large trunk and daily driver goodness.

The major upgrades made for the 2018 model year are a mix of cosmetic updates to the front fascia and some steering tuning for better response times. The 2018 STI is otherwise basically the same as this generation’s STI has been since its introduction in 2015.

The five-passenger 2018 Subaru WRX STI is offered in two trim levels, starting with the base STI model and finishing with the STI Limited. There are three levels of WRX trims below the STI. We note that there is no EyeSight safety system available for the WRX STI and that these do not include dealer-installed options like an auto-dimming rearview and carbon fiber trim upgrades. Outside, the 2018 Subaru STI is an unusually domestic-appearing sports sedan, though the large rear fin (which can be optioned off), low stance, and huge hood scoop are giveaways for the car’s true purpose. Tight wheel wells, airflow aerodynamics at front and rear, and a definite speed-ready appeal make sure that nobody will mistake the STI for anything but a sports car. We recommend the standard sport seating over the upgraded Recaro seating for comfort.

New this year are larger brakes (Brembo, as standard), some slight changes to the front fascia to narrow the headlamps and open the lower scoop, and other details change for the 2018 model year. The 2018 Subaru STI is otherwise the same as it’s been since its 2015 introduction for this generation.

Inside, changes are again mostly in the details. Seating is comfortable, especially in the front row, and a little extra space was added to the rear seats’ legroom with this generation of the car. Trunk space is also very good for a vehicle of this class.

Upgrades for 2018 include a larger infotainment screen (7 inches) and a now-standard center armrest that folds down between the outboard seats of the rear bench. Both are big upgrades for the STI, given the car’s generally spartan expectation and design inside. We note that the upgraded infotainment screen, which is far crisper in graphics output than the outgoing offerings, was not matched by a better rearview camera, so the camera remains grainy and detail-dumping. Under the hood of the 2018 STI is one of the best engines on the road today. The 2.5-liter four-cylinder engine has been turbocharged and a lot of air-stuffing equipment added in order to boost its output to a very impressive 305 horsepower and 290 pound-feet of torque. A six-speed manual transmission is standard, as is all-wheel drive. The shift throw on the manual trans is beautifully short and very quick with a highly positive clutch.

The power to weight ratio of the 2018 Subaru STI is about 146 watts per kilogram, on par with the V8-powered Dodge Challenger R/T and better than the V6-powered Mustang or Camaro. But with AWD and a very sport-tuned suspension. That’s the kind of output the STI has.

For 2018, Subaru dropped the mechanical torque vectoring built into the center differential in favor of an entirely electronic control setup of the limited-slip design. This allows the STI’s exclusive Driver’s Control Center Differential (DCCD) switch to be fully under the driver’s command for full control over the STI’s center differential to tune torque forward or rear at will. In practiced hands, that means a quick switch to rear-bias for drifting or a fast jump to front-bias for J-turns. Automatic settings controlled by the STI’s computer are default.

Brembo braking is now standard on the 2018 Subaru STI as well. These monoblock calipers have six pistons up front and two at the rear. Rotors have been enlarged for better control and cross-drilled for better heat dispersion. More surface area means better grip for stronger stops. Everything about driving the 2018 Subaru STI is about fun at every turn. Or straight. Or takeoff. It demands that you press the throttle, squeach the brakes in a turn, and throw gears with abandon. Not doing so seems like betrayal.

Because of this, and the extremely stiff, sport-tuned ride quality, of the 2018 STI, though, we will say that its capability of being a family car is secondary. This isn’t a regular, daily drive family car. It’s a fun machine that happens to be capable of seating up to five. So if you’re looking to haul the kids around in a daily driver, this may not be your best choice.

Then again, maybe it could be. Especially if your daily commute to work or school involves a rally course..

Key competition for the 2018 Subaru WRX STI is found in the Ford Focus ST, the Volkswagen Golf GTI and Golf R. All three are more sedate in terms of daily use comfort, but the STI has a lot of goodness going for it in comparison otherwise.

The 2018 Subaru WRX STI is a performance-minded little car with rally-readiness as its main course. It’s affordable enough that most sports car buyers will be able to get one, but has enough trim options to allow for upgrading in terms of tech and comfort as the pocketbook allows. The STI is not the best choice for everyday driving when comfort is key, but it’s definitely quieter than previous model years and much more family-friendly than the average sports car might be.

No matter what it’s doing, though, the 2018 Subaru STI looks cool doing it.

Test Period Length and Limitations
The STI was a manufacturer’s press loan for about a week. During that time, a total of about 400 miles were put on the vehicle under various passenger loads and in various types of driving situations.