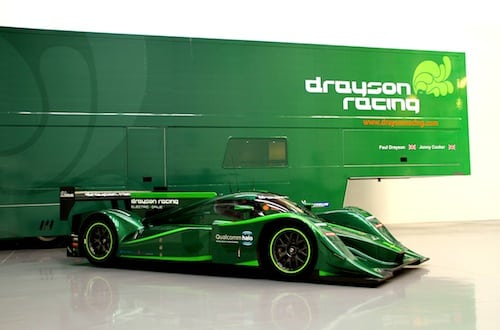 Want an adrenaline rush to test yourself to the limits, all while seeing the world? Then, a car rally could be right up your street. Rallies have been described as the most exciting kind of travel adventure, and luckily for you we’ve found the car rallies that anyone can join.

The goal isn’t necessarily to be first across the line – it’s simply to make it TO the finish line. And you don’t need to be an experienced rally driver – all you need is some mechanical skills, some money, a bit of courage and a lot of patience.

Read on to discover some of the world’s most amazing (and most challenging) car rallies. Many thanks to our friends at Quotezone.co.uk for this list.

What is a Car Rally?

A car rally is a long-distance motorsport where drivers race towards pre-defined checkpoints on a road-based route rather than along a standard racing circuit.

Rallying started off as a competitive motorsport back in 1894 with the launch of the Paris-Rouen Horseless Carriage Competition in France. Car rallies have continued to be a major motorsport, but nowadays you can find many car rallies that have sprouted in the name of adventure and adrenaline.

The organisers of these types of adventure rallies want you to ditch the GPS and your sanity – because if it hasn’t left already it will be sure to go while travelling across the globe in a banger. If you want the ultimate travel experience and some funny stories to tell your friends back home, these rallies might be for you.

But, it’s not all for adventure. These rallies have an important aspect – helping those in need. Many of the car rallies have a designated charity to raise money for, or you can choose a charity of your choice.

After the organisers took part in a number of highly renowned European rallies they decided to create an event that anyone can join – and the Two Ball Banger Rally was born!

In the London to Lisbon Two Ball Banger Rally every driver will be driving a vehicle that the organisers have described as “designed for your grandma” – a Ford Ka.

With the 1,850-mile route through Western Europe taking the Ka drivers from London to Le Mans, through Rochefort and Bordeaux and across the mighty Pyrenees before completing a few circuits of the Braga racetrack in Portugal, what could possibly go wrong?

If you want to take part in a true motoring classic then Peking (otherwise known as Beijing) to Paris is the one for you. First held back in 1907, one hundred years later the Endurance Rally Association decided to re-enact this magnificent motoring adventure – and it has become an annual car rally since 2007.

The Peking to Paris challenge truly is unique – not only will you have to compete in a vintage or classic car, but you’ll be travelling for over 13,000 km, against the clock.

As if that wasn’t challenging enough, you will also travel through the steep Chike-Taman pass in the Ongudaysky District of the Altai Republic, Russia, navigating sharp turns and driving on the edge of a cliff at a height of 1,460 metres.

*Different route colours represent the various routes you can take.

The Mongol Rally started off in 2004 and has been a massive hit ever since. It’s renowned for being the greatest travel adventure around, because unlike many other rallies the route is completely up to you.

With the starting point and the finish line pre-determined but no planned route in between, you’re sure to get lost at some point during your 10,000 mile journey.

Participants usually take either a northern route via Kiev, a southern route via Istanbul, an Arctic Circle route via Stockholm, or a central route via Baku, but it really is up to each driver exactly how they get to the finish line – that’s what makes this car rally such an amazing adventure.

Take on a 16,000km sky-high journey to some of the highest roads in the world – aptly named the Roof of the World rally.

This adventure will be sure to test your limits, as you drive 9,941 miles across Europe and Asia, through some of the most untouched regions of the world.

A great option for the time-conscious rally enthusiast that wants to see as much of the world as possible, the Wacky Rally takes in 7 countries in 4 days, all in a cheap £304 car.

You’ll see some incredible sights along the way, including the Swiss Alps, the beautiful Italian countryside and the French Riviera, before finishing up in bustling Barcelona.

But don’t think you’ll be enjoying an easy ride when you take to the road. The route takes you on the third-highest road pass in Switzerland – the Gran St Bernard Pass. In fact, you’ll travel through a total of six mountain passes during this rally – not exactly for the fainthearted.

To celebrate the movie and to raise money for the children’s charity, Buttle, you’ll be driving a Mini Cooper – or any of the other cars that made an appearance in the iconic 1969 film.

This famous event has now been running for 30 years and will see drivers start their engines in Imola before setting off along a 300-mile route to Turin, the hometown of The Italian Job.