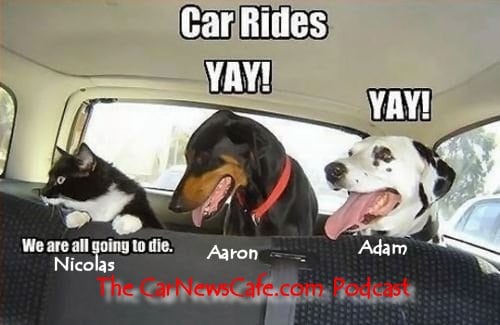 Electric vehicles (EVs) hold a lot of promise for the private sector — especially as consumers, who are increasingly aware of the relationship between emissions and climate change, are starting to demand eco-friendly delivery options. EV adoption, however, has been slowed down by a few different challenges — the US’s poor EV charging infrastructure in particular.

Now, however, we’re beginning to see signs that major businesses are willing to buy into EVs, despite potential road bumps.

Here are the businesses that are leading the way when it comes to EV adoption.

Two delivery giants — Amazon and UPS — have begun to aggressively add EVs to their delivery fleets.

The moves are part of broader pushes towards carbon neutrality and self-driving delivery by the two companies. Last year, Amazon announced the company’s plan to be 100 percent carbon-neutral by the year 2040. UPS already offers carbon-neutral and carbon-offset delivery options.

The moves also come as more cities around the U.S., including New York and Philadelphia., have begun to adopt anti-idling laws that allow the city to fine companies over idling delivery vehicles.

Some cities have even developed apps that allow citizens to report idling vehicles based on that vehicle’s DOT number — making these policies even more costly for delivery companies. Because electric vehicles produce no emissions, they’re typically free from being fined — meaning savings for businesses that adopt EVs for city deliveries.

The announcements are both historic. While other companies have announced EV purchases — like Lyft, which plans to deploy 200 EVs in Denver as part of its rental vehicle program there — there’s been nothing near scale of these  announced by Amazon and UPS.

While neither UPS nor Amazon has plans to go fully electric any time soon, the purchases are a welcome sign for the EV industry. Coupled with similar positive signals from the individual consumer side of the industry, they likely demonstrate that despite early growing pains, EVs may be on track for widespread adoption in the near future.

However, there still remain significant barriers that may slow or prevent full EV adoption, primarily the weak EV charging infrastructure in the US and limited number of charging stations — although this, too, seems like it’s starting to change.

At the same time, legislative support for stronger EV infrastructure is beginning to build. In February, Democratic lawmakers in the House of Representatives announced a new bill that would create a nationwide EV charging network within the next five years.

Upgrades to existing infrastructure would likely encourage further adoption. They may also be especially beneficial for businesses like Amazon and UPS, as both companies regularly make deliveries to rural parts of the country — areas that don’t always have the charging infrastructure needed to support EVs.

The Future for EVs in Business

EV adoption in the private sector, which has lagged in the past, seems to be accelerating. Two major delivery companies have now announced that they will be adding significant numbers of EVs to their delivery fleets, with more likely to come in the near future as both pursue low-carbon delivery options.

While challenges remain that may slow down EV adoption — primarily the nation’s weak EV charging infrastructure — the purchases are likely a good sign for the industry and the future of EVs in the private sector.