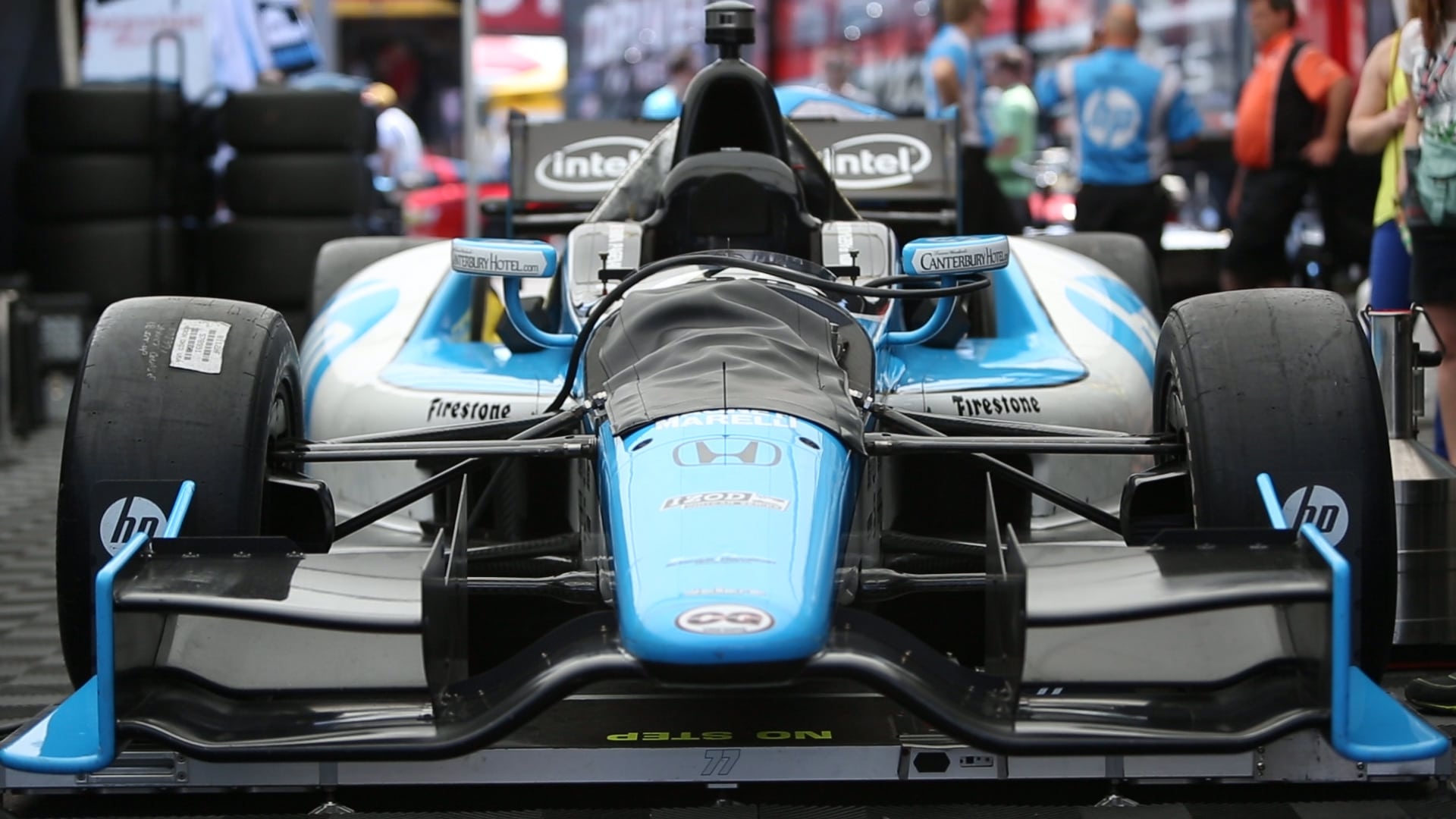 With average new car prices hovering north of $37,000 as of last May, you might expect to be shortchanged for buying anything on the frugal side of the median. With the 2020 Honda Civic Si, that needn’t be so, because this stalwart of the sport compact market has proven once again that it’s still a savvy buy.

A Honda Civic Si must first and foremost tick the same boxes as a Honda Civic, which means it has to be a practical, comfortable, and economical compact car. To those ends, it seats up to five people without making them wonder if they’re in a Turkish prison, and you can fold the splitting second row flat to expand the trunk for Ikea visits. Though less pliable than a similarly sized CUV, it rides competently, and its lower stature contributes to more confidence-inspiring handling—more on that later. And if you drive like gas isn’t free, which it isn’t, it’ll do 30 mpg, though it’s easy for impulse to get the better of your right foot and lop a couple mpg off that figure. 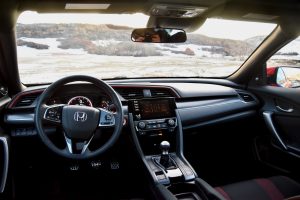 Honda’s latest Civic is a little busy even at the base level, so no judgment if it’s a little too Michael Bay’s Transformers for you. The Si, with its bright red badges, ostentatious rear spoiler, and factory alloy wheels, is no plainer from the outside, though the same isn’t quite true of the interior, which feels modern, but maybe a bit uninspired. It has fake carbon fiber and extra red trim for sporty emphasis, a dash of leather on the steering wheel and shift knob to feel upscale, some heated sport bucket seats, and that’s about it. Not phoned-in, but not a lot differentiates it from a base Civic.

Honda has presumably spent more of its budget on the Civic’s technology suite, which includes the full Honda Sensing package of passive safety gizmos and an infotainment system that offers both Apple CarPlay and Android Auto  compatibility as standard. This pipes your Super Eurobeat or nav directions into a booming 10-speaker sound system, and at this price point, it’s hard to ask for better. You could, however, ask for a little more headroom, as I’m six feet on a good day, and found the roof enjoyed tussling my hair. You could also ask for four doors, and I would; the Civic has never looked more glamorous as a coupe than as a sedan, and a second set of doors would’ve made getting in the back easier. 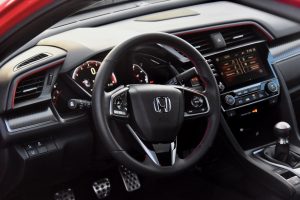 Okay, you can get 30 mpg from the Civic Si’s slightly peaky 1.5-liter turbo-four and six-speed manual (mercifully, the only transmission option), but why would you want to? Being a sport compact doesn’t at all dilute the Civic Si’s sporting credentials, which give those of actual sports cars a run for their money. Its respectable power output is if anything outmatched by a chassis that’s ready to change directions at a whim, and on a dime—passengers on more than one occasion grabbed on for dear life expecting the Civic Si not to make a sharp corner, and it never put a foot wrong. All this handling prowess doesn’t even come with the consequence of a poor ride, likely in part because Honda hides the Si’s hooligan side in Sport mode, which sharpens pedal response, adds weight to the steering, and seems to alter the Si’s adaptive damping settings, which can return to something more comforting and composed when you turn off Sport mode after noticing a passenger going green.

Because it makes some of the best manuals in the biz, Honda doesn’t offer an automatic, which its immediate rivals—the redesigned Hyundai Veloster Turbo and the sport compact segment’s standby, the Volkswagen Golf GTI—do. If you’re comfortable changing your own gears, cargo space may still tempt you out of even the larger, more capacious Civic Si sedan into the Hyundai or VW, each of which are slightly more practical (and conservatively styled) as compared to the Honda.

With the Civic Si, Honda has hit the sport compact nail on the head once again. It’s no worse at being a fun car for being based on one that’s purely practical, and as an only car, it’s more than livable—it’s lovable. And for $26,130 delivered, that feels like more than more than you could ever ask for. 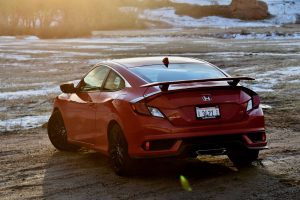