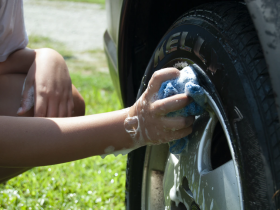 Although, cycling accidents can happen due to a variety of reasons, mainly it’s attributed to the negligent behavior. Whether you’re cycling to your workplace, or simply taking a test ride, you’re at risk of collision with a car on the road at any time.

Even though cyclists share the same status as automotive drivers, many drivers don’t offer them the same courtesies. They habitually tailgate and corner their vehicles, putting them in harm’s way.

Drivers who play with danger often collide with cyclists and cause accidents. That’s why you should be increasingly wary of bicycle safety and take every necessary measure to ensure your protection on the road. You should also consider having a lawyer for your cycling accident, to handle things effectively if you find yourself in an unfortunate bicycle accident.

The prime culprits behind cycling accidents are distracted driving, making unsafe lane changes, over speeding, and a slew of other reckless behaviors. Here’s a complete rundown of these factors:

Distracted driving doesn’t just place cyclists at risk of a serious accident, but also all types of vehicles.

When drivers, instead of keeping their eyes on the road, constantly fidget on their seat and text and receive calls, they increase the likelihood of dangerous collisions by manifolds.

Some of the most common causes of distracted driving are using social media, texting, and dialing phone numbers.

Drivers who tail dangerously close to a cyclist and make close passes (in the range of three feet), unnecessarily turn an ordinary situation into a pretty dangerous one. Faring this close to the cyclists not only endangers them to accidents but also cramps their space, leaving them little room to maneuver their way out of the dangerous spot.

The Three Feet for Safety Act makes it obligatory for drivers in California to keep a safe distance. Especially, when drivers are moving in the same lane as a cyclist on a busy highway, they must do so in a manner that it doesn’t compromise the safety of the cyclists. They’ve to ensure this by taking into consideration a host of factors, such as vehicle size, weather, traffic visibility, and breadth of the road.

If complying with this rule isn’t an option, the driver must slow down his car to a bare minimum speed and only overtake when it doesn’t place the bicyclist in a harmful position.

Over-speeding may accelerate you to your destination, but it also shortens your reaction time. Your capacity to make decisions on-the-go diminishes as a result.

Colliding into a cyclist at high speed can cause life-threatening injuries. Even a low-speed collision can make for a really troubling situation. If the driver is resorting to this dangerous behavior in a residential area, it can even bring bystanders into the radius of the collision.

In many states, bicycles have permission to drift away from the bike lane or the side of the road to prevent mishaps. If drivers don’t account for this behavior and open their car’s door without looking back, subsequently causing the cyclist to crash and swerve onto a dangerous zone. Consequently, they’re held responsible for “dooring”, which is considered a serious traffic violation.

For example, the California Vehicle Law clearly states that no driver can open their door on the side of a road or leave it open long enough that it creates interference for the moving traffic. The law goes on to add that the driver’s obligation doesn’t halt when their car stops. They still have to make sure any onrushing bicyclists aren’t in any danger of collision.

In some cases, other drivers aren’t at fault. It’s the road that makes navigation difficult.

Abrupt changes on the surface of the road make cycling awkward and imbalanced, causing bicyclists to lose control and spiral into danger.

Unpredictable weather, such as heavy rain and fog, is a major riding deterrent. Moreover, potholes are known to arise due to extended damage. Often, they’re left untreated or plastered with poor quality patches.

Sewer grates also pose similar vulnerabilities. They can easily trap bicycle tires and cause the rider to hurl forward into the incoming traffic.

Despite taking every precaution, if you still find yourself a victim of a road accident, you should immediately call law enforcement, and file a claim with your insurance company to cover the damages. A personal attorney can help in this regard and expedite the entire process.

Wearing a helmet while cycling is also a precautionary measure you should follow religiously. Many cyclists who haven’t used this gear, have increased the incidence of fatality. Furthermore, never drive a bike under the influence — it’s a grave mistake on your part. Happy cycling and have a safe ride!!!