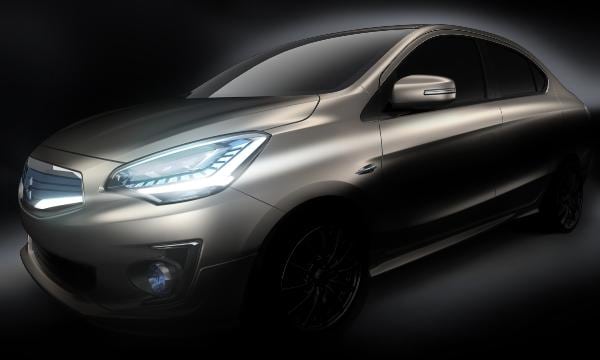 Mitsubishi Motors will be showing off a new concept vehicle at the upcoming Bangkok International Motor Show on March 25. The Mitsubishi Concept G4 will be a global compact sedan, though Mitsu hasn’t clarified whether it will be the next-generation of a current model or an entirely new model line. So far, little else has been revealed about the concept, but full details and a physical version will be revealed at the Bangkok show. The Concept G4 will be accompanied by the Concept GR-HEV for Thailand and a new iteration of the FR sport utility truck sold in Asia.