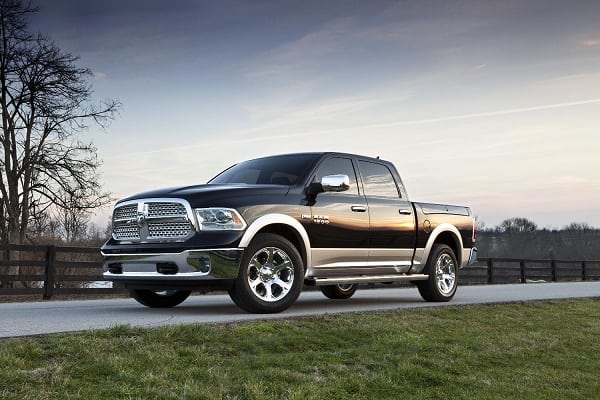 Chrysler is recalling approximately 9,900 2013 Dodge Ram 1500 pickup trucks to inspect the parking brakes and make a repair by resetting them to the proper specifications.

The statement from Chrysler on the recall;

CarNewsCafe assumes that this means the parking brake does not engage properly on certain Ram 1500 pickups.  (We don’t even have a degree in corporate speak translation!)  This is an issue that should be taken care of, but judging from the fact that no accidents have been reported we don’t assume this is something that anyone who bought an affected 2013 Ram 1500 pickup should be too concerned over.

The production date for recall is between December 17th, 2012 and January 22nd, 2013.  Chrysler reported that about half of the Ram 1500 pickup trucks are in dealership hands and not owned by consumers.

If you are an owner of an affected 2013 Ram 1500 truck repairs and inspections will be performed free-of-charge by Chrysler at your local dealership.  Chrysler stated that the majority of affected vehicles are in North America with approximately 6,600 2013 Ram 1500 pickup trucks are in the US; 2,400 are in Canada; and 90 are in Mexico.  The small remaining vehicles are located outside North America.