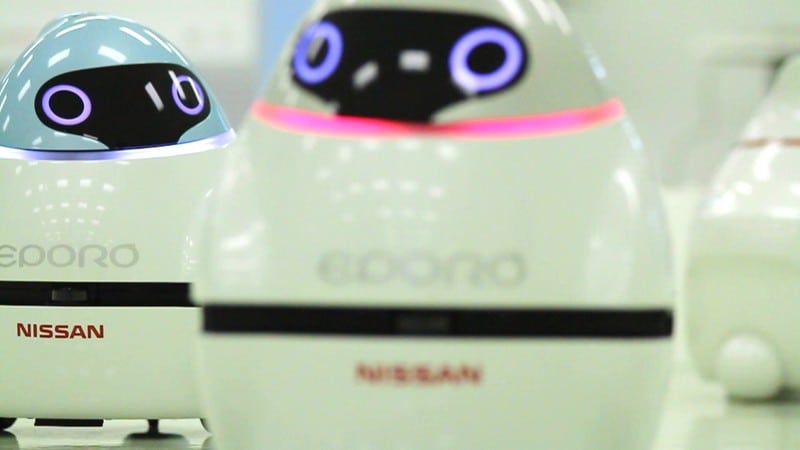 Super Bowl Commercials are as much a part of watching the big game as the football game itself.  Some people don’t even really care about the game and only watch the Super Bowl for the commercials themselves.  Does that sound crazy?

Ad agencies and marketers don’t think so.  They want to get their message across and are spending millions of dollars to air their Super Bowl commercials this year.  Automakers are always some of the biggest advertisers during the Super Bowl.  However, nowadays you don’t need to even watch the big game since most advertisers post their commercials online well before the game airs.  Hey, it’s the best way to get the most bang for your buck.

While there might be some great, funny, smart, and cool Super Bowl Commercials that will air for the big game and that have already been posted on Youtube, here at CarNewsCafe we only care about the game day ads from automakers.

VW’s big game TV spot was titled Wings.  The commercial features a father and daughter driving along when the dad sees the odometer roll over to 100,000 miles. He points it out to his daughter proudly. She says “What’s the big deal?”  He tells her that every time a Volkswagen reaches a hundred thousand miles, a VW engineer gets his wings.

While I thought “Wings” was a clever Super Bowl commercial, VW has come up waaay better ads than this.  Also does anyone get 100,000 miles out of a VW?  I thought they mostly break down, everyday.

I am bit disappointed honestly since I put VW’s “The Force” Super Bowl commercial on my 5 Greatest Auto Commercials of All Time.  At least the Super Bowl ad was not pegged as racist, like “Get In, Get Happy” was last year.  Was sort of hoping for something similar or better but when you set the bar so high, it’s hard to outdo yourself.

I really liked this commercial. It’s intelligently funny instead of just funny and the ending is hilarious. I agree with Adam, though, that VW has done far better commercials in the past, but this one appeals to everyone equally well in my opinion, and doesn’t rely on nostalgia to make its humor.

The ad spot from Audi is titled Doberhuahua and features a cross-bred doberman pinscher and a chihuahua. Mayhem ensues as the balance of nature is altered. As an added bonus, one assaults Sarah McLachlan who is well known from doing the ASPCA commercials on TV.

I thought Audi’s “Doberhuahua” Super Bowl commercial was fun but I’m not sure non-dog or pet people will find it as entertaining as those with dogs.  (I have two singing dogs by the way.)

Some might remember that least year Audi decided to let the public choose the Super Bowl ad they were going to air.  “Prom” as it was called caused uproar among feminists that it promoted sexual abuse.  Unsure of how people made that conclusion but I guess Audi decided this year they were not going to make another PR mistake by letting the public choose the ending of the commercial.

I liked this commercial, but it has the flaw of only really being funny once. After you’ve seen it, seeing it again just makes it annoying. It’s a funny idea and a pretty well-executed bit of TV CGI, for sure. For Audi, though, it’s pretty creative.

Kia has decided to go with a Matrix themed Super Bowl commercial this year for the new luxury sedan that will be hitting streets soon, the Kia K900.  Laurence Fishburne reprises his role as Morpheus from The Matrix trilogy in a spot called “The Truth.”

It was an ok Super Bowl commercial but I thought the ending were Laurence Fishburne is singing “Nessun Dorma” was kind of strange.  The Matrix theme was in essence a good idea but I’m not sure if Kia got the idea across the K900 equates to a luxury car.  The Kia “Space Babies” commercial from last year was funny and smart even even though it was aiming for a different market.  I still liked the one Kia did with Adriana Lima and Motley Crue 2 years ago.  Who doesn’t love and want to watch Brazilian supermodels?  Bring Adriana Lima back every year.  At least “The Truth” is a big improvement over the terrible Kia Forte Super Bowl ad from 2013.

This Super Bowl commercial is concerning and a bit scary for me actually.  When Kia sent out the press release for this Super Bowl ad they linked to the Wikipedia articles for “Opera” and “Puccini.”  I guess they thought not enough journalists and writers would know that Puccini is a composer and what an Opera is.  Also… are you old if remember when the first Matrix came out?

I was only marginally impressed with this one. The premise is good, but the oh-so-obvious lip sync by Laurence Fishburne and the fact that this is supposedly pushing forward the point that Kia can make luxury cars while attempting to use humor to make that point is a bit of a conundrum. It’s a bit difficult to understand what buyer demographic this commercial is really aiming for. Never mind the fact that most Matrix fans will see this as a huge sellout of betrayal by Morpheus.

The 2015 Silverado HD was introduced at the Detroit Auto Show as the next-generation of Chevrolet’s full-sized truck line. In this commercial, a rancher purchases a bull, loads it into a trailer behind the Silverado, and begins to drive. “Romance” is a commercial about love, but not in the way it first appears.

General Motors and Chevy clearly want to change-up some of their marketing with “Romance.”  While I enjoyed this commercial and it shows the ad agency was trying to think a bit outside the box for this year’s Super Bowl ad, I’m not sure if Chevy Silverado sales are going to improve because of it.  Playing “You Sexy Thing” by the British group Hot Chocolate is a bit of a cliche in movies and TV.  “Romance” has a lot of replay value once the Super Bowl is over which is a big plus for any automaker or advertiser.

When I first started the stream on this commercial, I hadn’t read the press release describing it, so I didn’t know what to expect. All I knew was that it was for the new Chevy truck, had a rancher and a bull in it, and had the usual gravely voiced narrator. After about twenty seconds, I was convinced it was just another lame “tough guy in a truck” ad that would appeal to the 95% of truck buyers who never even get dirt on their rig. Then the music started playing and the over-focus on the bull made it obvious where this was really going. Hilarious.

The idea behind British Villains is to highlight why Brits have long made great villains in movies throughout the years.  Essentially it’s “Good to Be Bad.”  This Super Bowl ad, Rendezvous, opens with Sir Ben Kingsley asking the question, “Have you ever noticed how in Hollywood movies, all the villains are played by Brits?”  Directed by Tom Hooper (The Kings Speech) and it features Mark Strong (Sherlock Holmes) and Tom Hiddleston (Thor).  The other star of Super Bowl commercial is the Jaguar F-TYPE.

I thought this was a really clever Super Bowl commercial with a nod to the Jaguar’s British roots and heritage.  It is surprising and funny how many British villains there are in movies.  (In addition to Russians, Arabs, and Asians.)   Definitely one of the best Super Bowl commercials, automotive and non auto related, this year.

Actually, most bad guys seem to be German, not British. At least, in my experience. That aside, though, the actors might usually be British (I don’t really pay attention), but I found this commercial to be fun and fresh, but it still fell kind of flat. I can’t really pinpoint any one thing that just kind of made it “blah” to me, but the overall spectacle just seems ho-hum.

The Muppets and Toyota join forces to cross promote the Toyota Highlander and the Muppets movie “Muppets Most Wanted” which is coming out in March.  The actor Terry Crews, and ex-NFL player, stars as an unsuspecting good samaritan who pulls over to help a bus and then gets taken on a musical Joyride with the Muppets.

Jim Henson’s Muppets are iconic in American culture and around the world, so using them in advertising for the Toyota Highlander makes a lot of sense.  Not sure if this stakes up against other Super Bowl commercials from other automakers this year though.  The Toyota RAV4 Super Bowl commercial with Kaley Cuoco titled “Wish Granted” from last year I thought was a lot better.

Still just because of the Muppets I anticipate this will help drive Toyota Highlander sales.  That’s the ultimate goal in advertising, even if you like a TV spot or don’t.

This was awesome. Mostly because I’m a huge fan of Crews and a nostalgic fan of the Muppets. The commercial itself, so far, is just a teaser, but Toyota has promised that the full ad will tell the story of a boring guy (Crews) who finds himself becoming anything but boring after running into the Muppets..

We hope you liked our roundup of 2014 automotive Super Bowl commercials.  If you have any thoughts about what we wrote here or just want to share your opinions about the Super Bowl ads feel free to leave a comment below.

As side note the 2014 Super Bowl is being pegged as “The Stoner Bowl” since Colorado and Washington are the 2 states in the U.S. that have legalized marijuana.  The 2 teams that are playing the 2014 Super Bowl are the Denver Broncos and Seattle Seahawks, so I guess everyone assumes that Broncos and Seahawk players will be smoking joints in the locker-rooms?  Anyone let us know what you think of “The Stoner Bowl” I guess.  Even if you won’t be smoking weed you can still shamelessly do things like binge drinking, eating too much junk food, and buying an oversized TV.

Hope everyone has fun watching, or not watching, the Super Bowl. Nicolas will be watching Rugby apparently.

Due to the fact some automakers do not air their Super Bowl ads early we could not post every commercial here all at the same time.  Some were added later once they were available online to post and share. 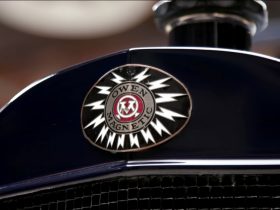 Hybrid From 1916: The Owen Magnetic