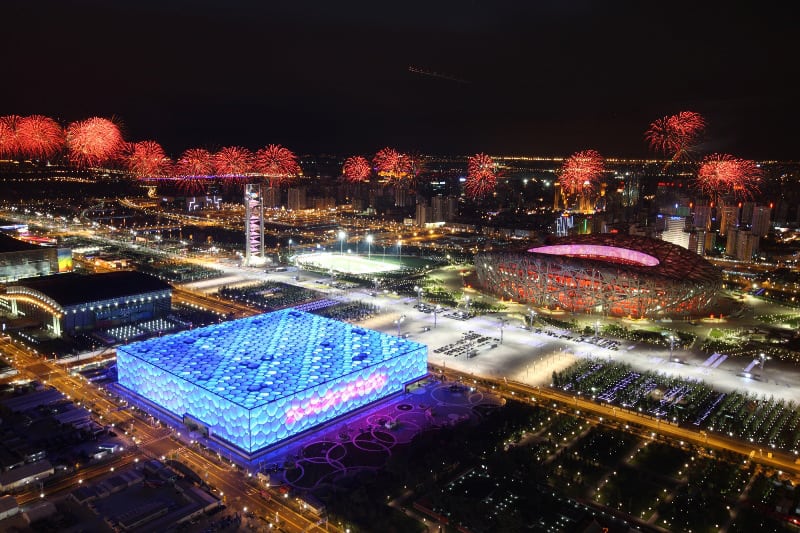 Organizers of the FIA Formula E Championship have unveiled the location and circuit layout for the Beijing Formula E Grand Prix just six months ahead of the opening round. This new global electric race series promises to be a showcase event for electric vehicles.

On September 13, 2014, the inaugural Formula E race will take place in Beijing at a circuit designed to center around China’s beautiful Olympic Stadium. The race circuit itself, as viewed from the map below, is, well, a bit squarish. The vague Utah shape it has doesn’t look like much of a driver challenge when it’s compared to the complex curves and rounds that most F1 and Le Mans races take place on. This is probably why most of the press release regarding the circuit’s design focuses on the “impressive cityscape backdrop” rather than on the race circuit’s bevvy of 90-degree turns, all of which are lefties. NASCAR style.  Even the pit lane is just a U shape.

Looking at the figure, you’ll see a total of 20 curves in the race map. Small S-curves take place at the 3-4-5, 7-8-9, and 16-17-18 to break up the straights while most of the speed will likely come out of curve 14 into the long, gentle apex of 15 in front of the Beijing Olympic Stadium, which will host the “Birds Nest” for reporters and VIPs during the race, allowing a view of most of the track. The pit lanes are entered by going inside curve 20 for the entrance and horseshoe. Drivers re-enter after curve 1 at about the halfway point to curve 2.

Regardless, the first track is what it is. On the up side, the race will feature nothing but purely battery-electric Lola-style Formula cars manned by some great drivers as they shadow the standard Formula One weekends on the first-ever all-electric FIA Formula series.