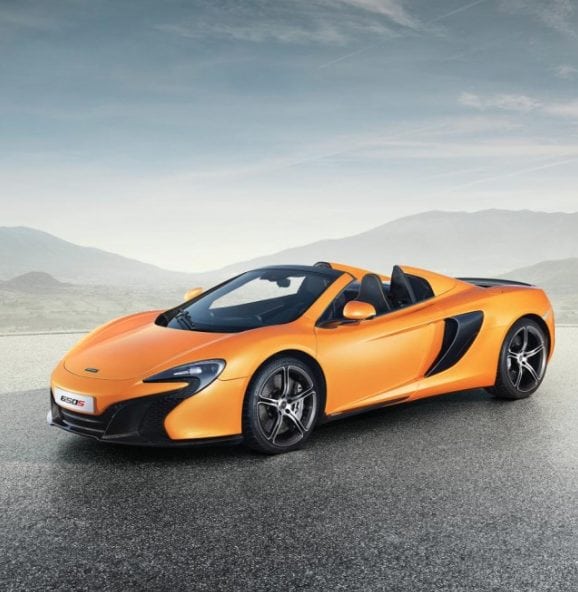 The McLaren 650S has now gone topless, just what guys like to see, at the Geneva Auto Show.  The McLaren team from Woking, England have shown off a slick McLaren 650S Spider convertible in Geneva this week.  As with it’s cousin, the McLaren MP4-12C Spider, it shares a platform and features a nice retractable hardtop.  The top takes 17 seconds to take off and can be accomplished at speeds up to 19 mph.

What goodies will the McLaren 650S come packed with?  The same carbon fiber MonoCell chassis on the McLaren 650S coupe and it didn’t require additionally support or engineering.  It only weighs 88 pounds more actually.  It also comes with the same lighy alloy wheels, carbon ceramic brakes, and Pirelli P Zero Corsa tires.

This isn’t far behind the coupe meaning you won’t sacrifice performance for going topless.  Your McLaren lady only look better.  🙂

You probably don’t care but the McLaren wil also get 24.2 mpg apparently.  (That’s European testing it will be lower when those EPA people get their hands on the McLaren 650S Spider.)