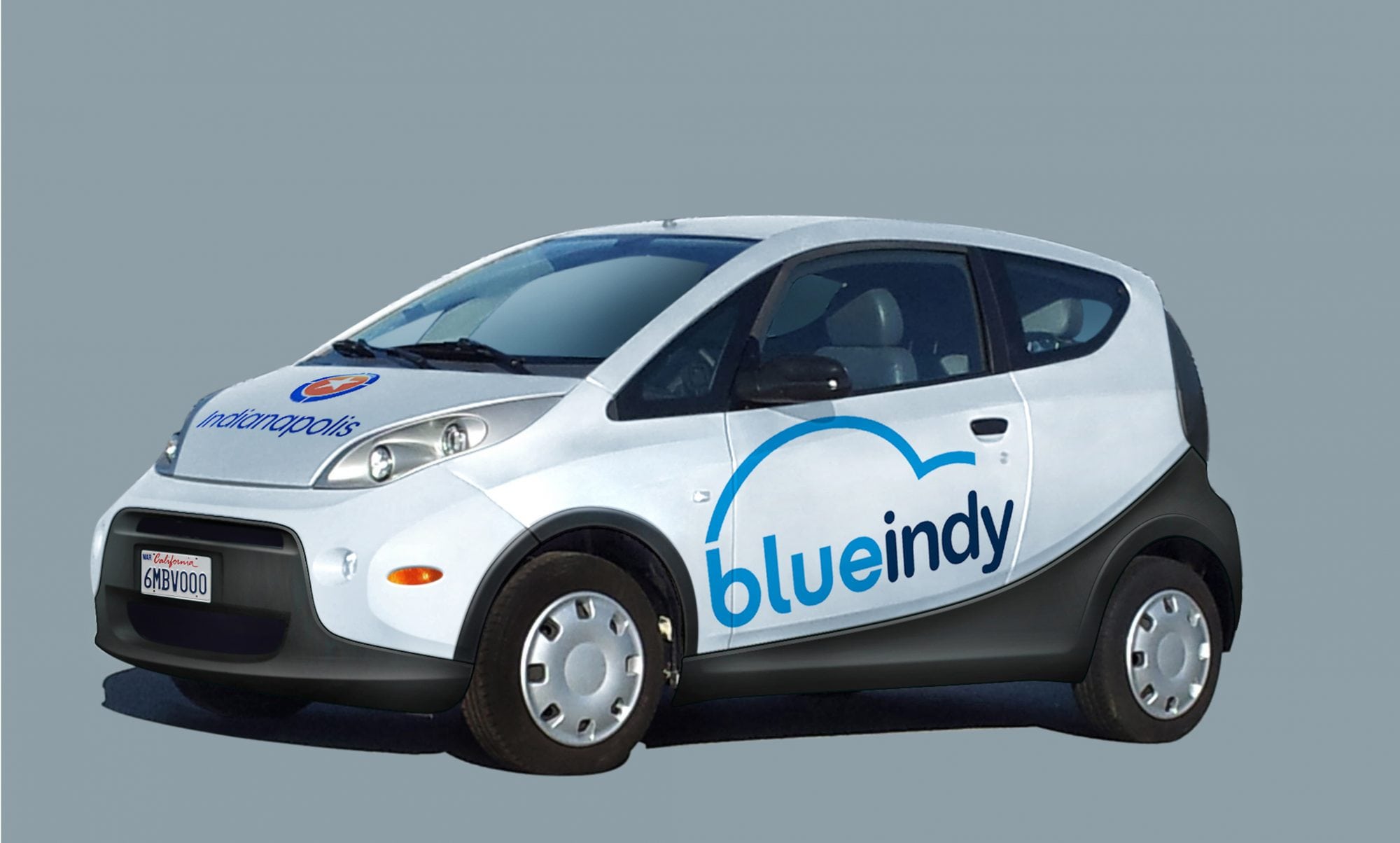 Indianapolis Mayor Greg Ballard presented the Bolloré Group Chairman Vincent Bolloré and his BlueIndy electric car sharing service today to the press and the people of the city in conjunction with the Electric Drive Transportation Association (EDTA) conference.

How will it work?

The Bolloré Group will invest around $35 million into the project, which will be the largest electric car sharing service in the country. This also marks the first time the Bolloré Group will export its successful electric car sharing solution outside France. Based on the same system as Autolib’ in Paris, Bluely in Lyon and Bluecub in Bordeaux, the solution helps local public transportation offload passengers and offer greater mobility. The BlueIndy service will open in eight months with 500 electric vehicles, 200 service locations and 1,000 charging stations.

Part of a push to promote energy security by reducing the reliance on foreign oil, Mayor Ballard said: “…Electric vehicles and car sharing are the future. Bolloré, one of the world’s largest companies, will replicate its successful service outside of France and bring to the City the benefits of an innovative, economical and environmentally friendly mode of transportation. Indianapolis is breaking new grounds and hopes to lead the way for other U.S. cities.”

As far as Vincent Bolloré: “The Bolloré Group is proud to bring its unique technology know-how and operations excellence in electric vehicle sharing to Indianapolis, a city so strongly associated with automotive racing. We are glad to support Mayor Ballard’s energy-transition vision. From now on, residents and visitors of Indianapolis will be able to drive around without owning a car and without emitting greenhouse gases or particulate matter.”

A template for other cities

The BlueIndy electric car sharing service will be a great solution for cities around the world. With nearly 3,000 Bluecars equipped with Blue Solutions batteries, the Bolloré Group hopes to show its Blue Solutions is the ideal system to help cities become “smart cities”.

We can think of a few who would greatly benefit from such electric car sharing systems. Atlanta, New York, San Francisco and Los Angeles alone would reduce pollution and lower congestion, as well as offload public transportation burdens and add greater mobility for its residents. We look forward to similar systems adopted country-wide.