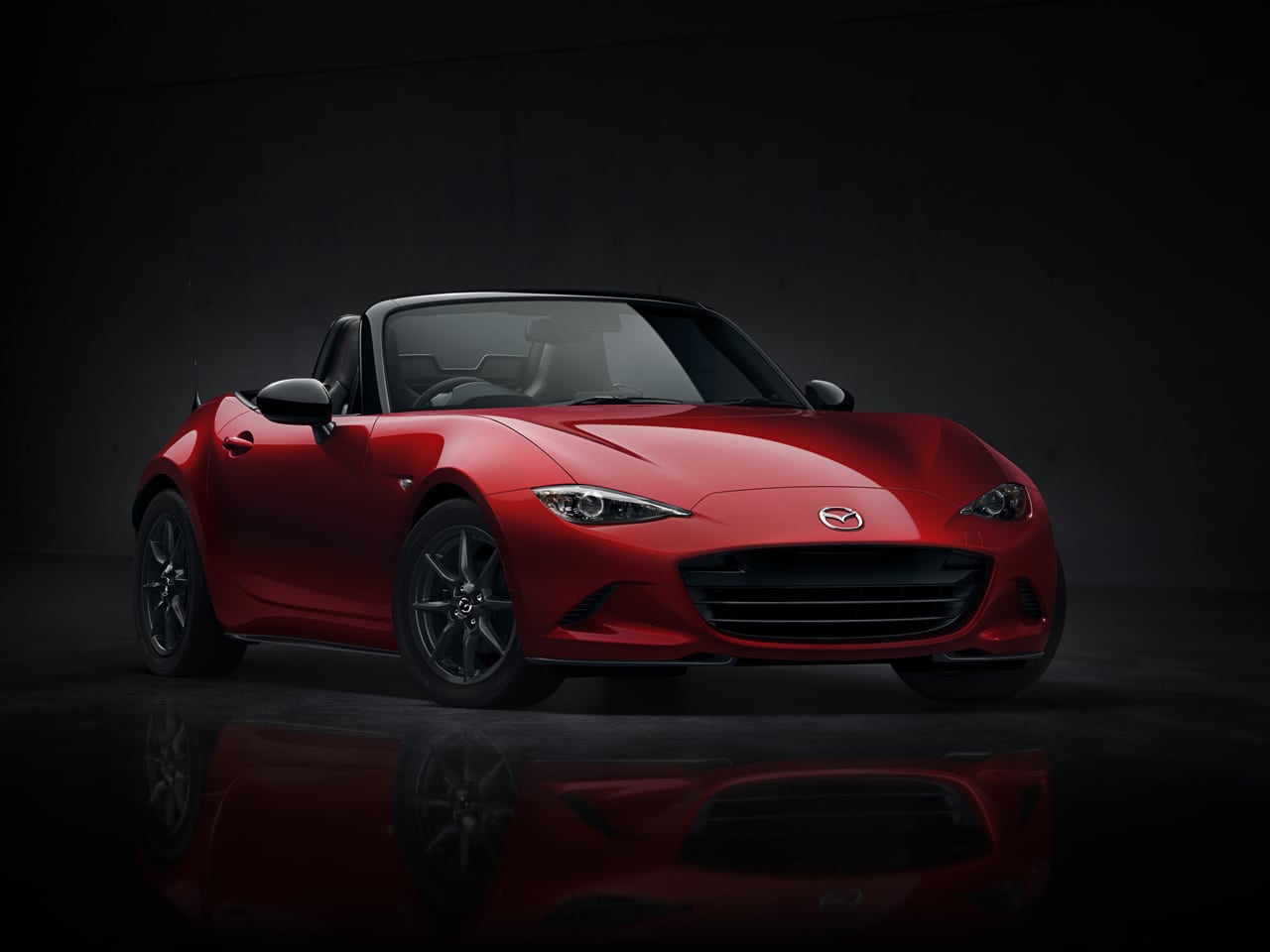 In a simulcast event held in Japan, the U.S. and Spain, Mazda unveiled the new MX-5 Miata. With Duran Duran providing the musical backdrop, live in California, the 2016 Mazda MX-5 Miata was shown off with lots of hype about KODO and SKYACTIV but little detail as to the car’s underpinnings beyond its new look. The new Miata will be released for the 2016 model year and is a collaboration with Alfa Romeo, which shows in the new design. It’s a great-looking car, though, and takes the Mazda Miata to the next-generation.

The most noticeable differences in design language are the more rounded nose and higher passenger cabin. The saloon nose of the 2014 MX-5 has been replaced with a more rounded curvature and front clip. The hood flattens before reaching the abrupt windscreen, which rises up. The belt line curves slightly in a light dip before lifting upwards behind the seats to create the rear hump for the top storage and trunk. This curvature gives the passenger’s cabin a higher, more prominent look than it had before.

Mazda says that this new 2016 Mazda MX-5 design’s “proportions make the driver and passenger stand out, and both the interior and exterior evoke the exhilaration of open-top driving.”

Mazda also says that the new Miata is 100 kilograms (about 220 pounds) lighter than it was before.

Outside of those details, we know little about the new 2016 Mazda MX-5, but we’re sure to find out more over the coming weeks. Mazda plans to have the new Miata on the market at about this time next year.