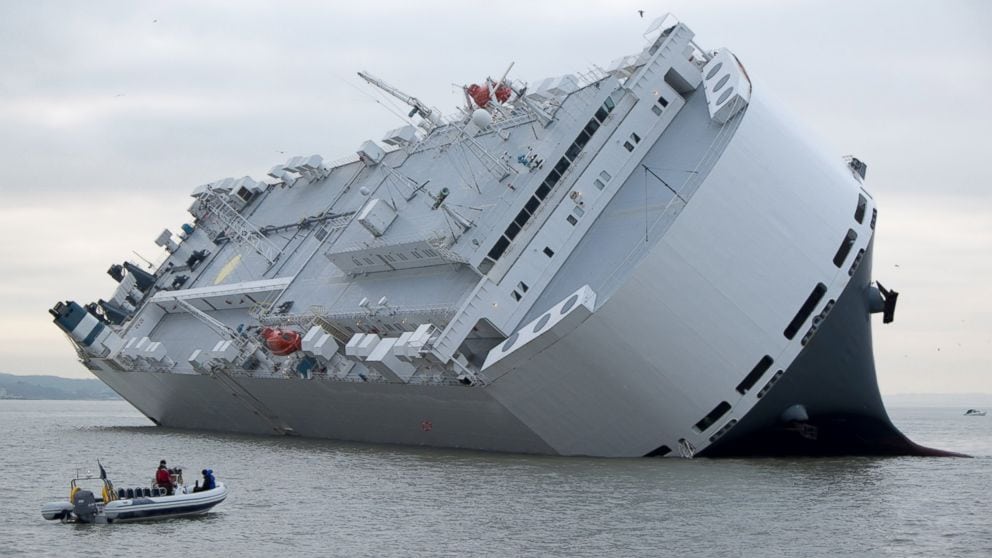 This ship may not look that important, but it carries some items that will be of great interest to Car News Cafe readers: a lot of cars. Not just cars, but high-end, dreamy cars like the Jaguar F-Type.

This is the Hoegh Osaka, a Norwegian ship headed for Germany carrying heavy equipment and 1,400 cars. Most of those cars are Jaguar Land Rover vehicles and one beautiful $375,000 Rolls-Royce Wraith. This ship is near Southampton in the United Kingdom, where it began listing, possibly due to a cargo shift. To save the ship and keep it from flipping, the crew ran it aground on purpose, keeping it as upright as possible (it lists now at 52 degrees). This likely saved the ship and much of its secured cargo.

The crew has since been airlifted to safety, including two members who were injured. The Norwegian company which owns the ship, Hoeg Autoliners, praised the quick thinking of the pilot and captain, which saved the ship and likely it’s entire crew.

British authorities have responded with containment crews and are watching for any oil or fuel leaks from the ship as recovery efforts begin. Drone footage shows the state of affairs as of yesterday.