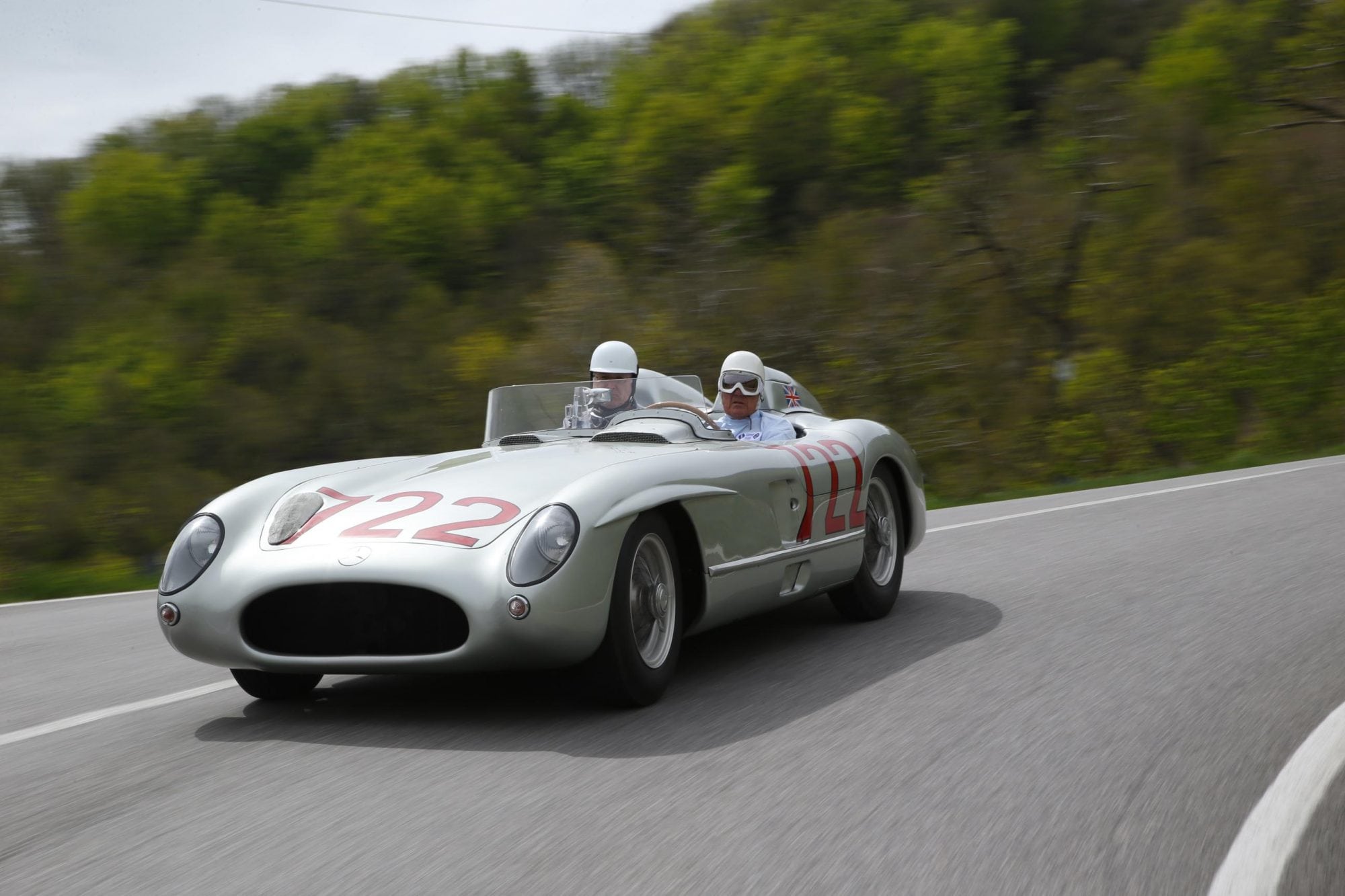 This may be the coolest thing you’ve seen all decade. Imagine you’re following Sir Stirling Moss, the legendary Mille Miglia winner whose 1955 win still stands in the record books, unchallenged. He’s back in the legendary Mercedes-Benz 300 SLR, #722, he completed the Mille Miglia in sixty years ago.

Reunited for the 2015 Mille Miglia, Moss and the #722 300 SLR (one of only eight in the world) took to the same roads the race champion used back then. While the run this time wasn’t as grueling, it was just as historic.

Now you can watch it in a unique and breathtaking short film done in 360-degrees, allowing you to choose camera angles and watch from almost any angle as Moss pilots the 722 down those same roads again. You can see a sample version below. The full film will be available for download on iTunes and in the Android Store very soon and a special version for Samsung Oculus devices will also be introduced shortly. Follow the link below the YouTube teaser to for more.