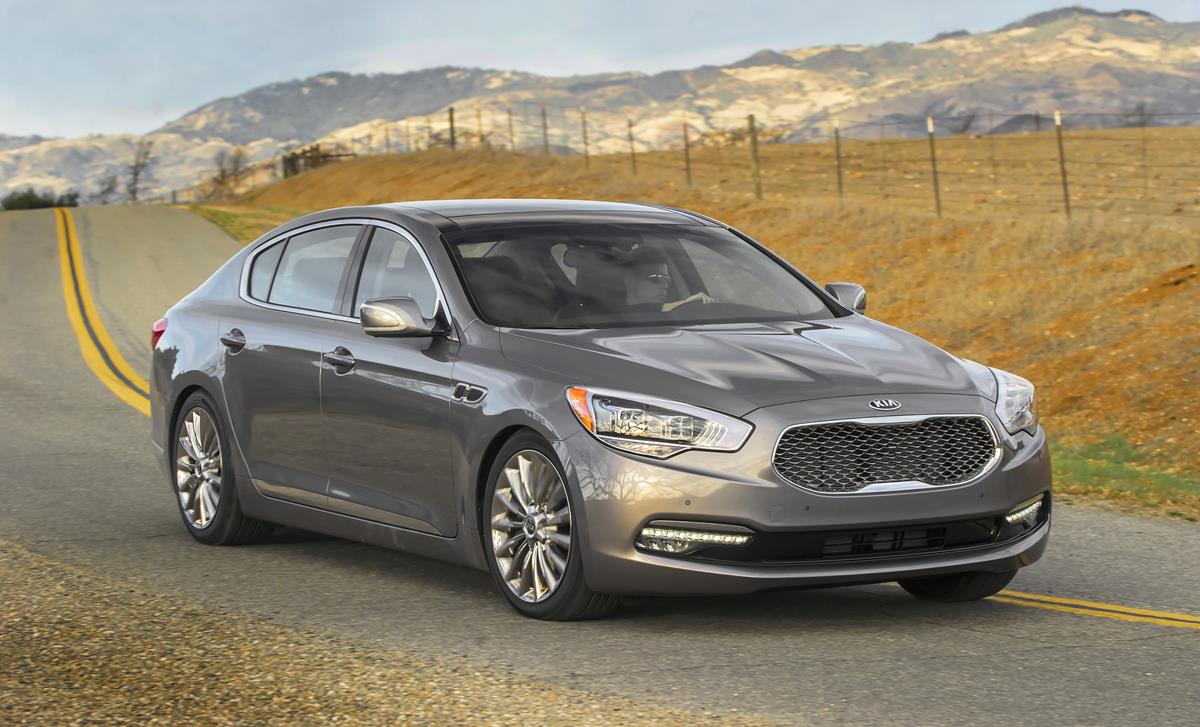 Brand new for 2015, the Volvo V60 takes the place of the V70 wagon. It’s a well-made station wagon with enough styling and aplomb to make it the top contender in the European wagon segment. Based on the highly-acclaimed S60 sedan, the 2015 V60 shares many aspects with the XC60 crossover we drove earlier this year. The Volvo V60 features station wagon versatility, sedan styling, and plenty of engine options and fuel economy points to put it on top of many buyers’ lists. It’s also a showcase of Volvo’s particular attention to safety, mastering both crash test series flawlessly.

Like the XC60, we were surprised by the V60’s handling and performance, even without the R-Design model’s suspension upgrades. To summarize the review you’re about to read, the V60 is a fuel efficient, safety-conscious, dynamic wagon with a great look. From the outside, the 2015 V60 is a great-looking car. Its cues come from the S60 sedan, a very well-designed machine in its own right. The V60 carries the signature Volvo flat grille and curved hood, which carries to a tapered windscreen. A curving roofline’s coupe-like look is accentuated by a narrowing beltline and pillar cut.

Beautiful wheels, an accented running board groove, and sharp rear tailgate finish the appeal of the sexy V60. It’s truly one of the best-looking wagons ever designed.

Inside, the 2015 Volvo V60 is a very well-accoutred vehicle. Its interior design is marked by posh, top-shelf materials that are combined in a way that doesn’t get gaudy. Classy is a good word to describe what the V60 feels like once inside.

The infotainment system is simple to use thanks to the Sensus Connect system and its voice-activated interface. Infotainment use is relatively straight-forward, though still a bit complex, and the placement of the control knob at the center of the dash means reaching forward to use controls. To simplify things, however, a lot of buttons are presented and these make jumping around menus much quicker once you’re accustomed to their location.

Other comfort items like climate controls and simple stereo use are very easy in the V60. The “Mode Man” interface for climate is intuitive and fast.

Seating is very comfortable with the second row being spacious and accommodating. Cargo is smaller than most crossovers and some of the wagons in this category, but still more than adequate. Thoughtful features like the built-in dog netting and pop-up grocery bag net are smart daily use additions. Built-in booster seats for the rear row are also available, making parents everywhere sigh in relief. As is the norm at Volvo, there are a lot of engine options for the V60 wagon. The V60 T5 Drive-E model has a newly-minted 2.0-liter turbocharged four-cylinder engine that outputs 240 horsepower and 258 pound-feet of torque. This engine is offered with an eight-speed automatic transmission with stop-start and in front-wheel drive only. The EPA rates this version of the V60 at 29 mpg combined.

The T5 AWD model of the 2015 V60 utilizes a 2.5-liter five-cylinder engine that is found in several other models in Volvo’s lineup. This engine produces 250 hp and 266 lb-ft through a standard six-speed automatic transmission in all-wheel drive. The EPA rates this engine at 23 mpg combined. Our time in this turbocharged five-cylinder model bore those numbers out with 28 mpg on the highway in the real-world.

Finally, a 3.0-liter V6 is available as the V60 T6 AWD R-Design. This sporty model outputs 325 horses and 354 lb-ft of torque into a six-speed automatic transmission. The EPA rates this drivetrain at 22 mpg combined. Our week in the 2015 Volvo V60 AWD Cross Country was a very good one. This wagon was perfect for our family of four for both short and long stints on the road. Excellent comfort and a smooth, unassuming drive dynamic make it an easygoing companion. Although critics will often call it the most boring of the engine options for the V60, we greatly enjoyed the five-cylinder’s peppy feel and solid fuel economy.

Road noise is almost non-existent in the V60 as it glides along effortlessly through town, on the highway, or over the freeway. The security of all-wheel drive makes up for the slight loss in MPG when going from the four- to the five-cylinder. As a family hauler, the 2015 V60 is nearly perfect.

There aren’t many station wagons vying for the luxury market anymore. Most have moved on to the crossover field, but the exceptions are notable for their excellence. The Audi Allroad is a chief competitor for the V60, especially for its interior excellence. The BMW 328i xDrive is another contender, though it’s more performance-oriented than is the Volvo. The BMW X4 becomes a wagon crossover that’s worth considering if a slightly more robust offroad capability is desired.

As we said in the beginning, the 2015 Volvo V60 is a fuel efficient, safety-conscious, dynamic wagon that looks great and has everything a family needs for daily use and weekend getaways. The V60 is as near to perfect as a luxury wagon can be.

Test Period Length and Limitations
The V60 was a manufacturer’s press loan for about a week during which time 262 miles were put on the vehicle. This included a mixture of in-town and highway driving with varied passenger loads.