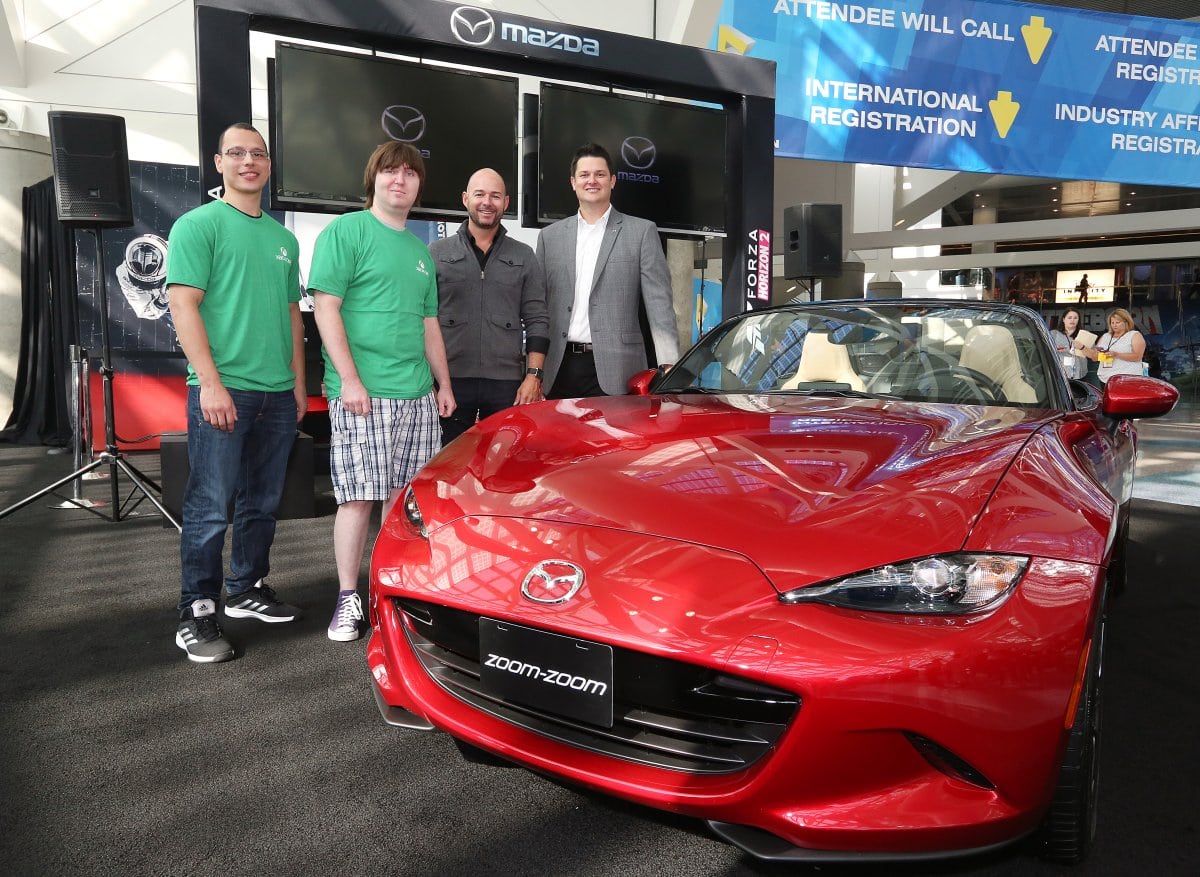 Remember your parents telling you that wasting time playing all those video games would never pay off? Well, here’s proof that they’re wrong.

Two gamers faced off at the Electronic Entertainment Expo (E3) in Los Angeles, California, to compete for a 2016 Mazda MX-5 Miata. Playing Forza Horizon 2, the players, David Goss and Colton Miller, had proven themselves to be the top players of this racing game and were in heated contention. When Goss came out the winner, it was expected that he would drive home in a brand new 2016 Miata. The surprise came when Mazda produced not one, but two MX-5s and gave both gamers a winning set of keys.

“We’d like to say congratulations to David and Colton as we know they spent many hours behind the ‘virtual wheel’ leading up to E3 in anticipation of the big race,” said Eric Watson, director of marketing, MNAO. “They both spent so much time preparing for this event that we didn’t want one of them going home empty handed.”

So while Goss is the Forza Horizon 2 champion, both of the finalists who started their play in March to work their way to the top of the Mazda MX-5 Challenge ended up with a new car. Even though Bob Barker was nowhere to be found at the announcement.