There are redesigns, then there are redesigns. My tester for the week is a complete and utter overhaul and the end result is a not only a redesigned SUV, but practically an altogether new vehicle. The 2016 Hyundai Tucson is now in its third generation. But now longer, wider and with totally new looks, the Tucson emerges looking modern and ready to be a player in a very competitive segment in the industry which includes powerhouses like the Honda CR-V and Toyota RAV4.

The Tucson is shorter than those vehicles, but is bigger than the subcompact SUVs that are becoming increasingly popular (Mazda CX-3, Chevy Trax, Honda HR-V). So, in a way, the Tucson is in a class all of its own, and that certainly can be said about some of its new features and looks.

The Tucson is now three inches longer and 1.1 inches wider. This not only increases the cabin space (much needed) but it gives the Tucson a new look without affecting the maneuverability of the smallish SUV.

In addition to looking bigger, the Tucson has a bold new exterior. This SUV is now thoroughly modern with a starkly different look from last year’s version. The front end is where you can really see the increase in length with a redesigned grille and longer hood. Styling continues down the side further giving an elongated look. The back end has additional modern updates making it quite handsome from behind. A rear spoiler is a great feature. The rear LED tail lights are distinctive, especially at night. There are two engine options for the Tucson. On the base SE trim, there’s a 2.0-liter, 4-cylinder engine that is rated at 164 horsepower. My tester which was the Eco trim, along with the Sport and Limited trims, has a more inspiring 1.6-liter, turbocharged engine that makes 175 horsepower and 195 lb./ft. of torque. This engine is the best of both worlds, where it has enough spunk to get out of its own way and is fast enough off the line, but is also fuel efficient in its output. The seven-speed dual-clutch automated manual transmission is new as well. This transmission functions like an automatic transmission, as there’s no clutch, but it offers a sporty driving performance and quick gear changes. This transmission also aims to improve fuel economy.

It will be interesting to see if Hyundai phases out the 2.0-liter engine and the six-speed transmission altogether, and just offer the turbocharged one, which performs so nicely and works so well with the new transmission. My tester had all-wheel drive, while front-wheel drive is an option for some Tucson models. Perhaps the most noticeable changes occur inside. The cabin is significantly improved for this model year. It’s both bigger and has improved materials. While some harder plastic materials are still used in the Tucson, the organization of the dashboard, as well as some softer touch points are markedly better than the previous generation.

Overall seats are comfortable for both front and rear passengers. With the increased length and width, that is most felt in the back seat where even taller adults will now feel comfortable. Headroom and legroom are improved all around within the cabin. Cargo space is also increased. With rear seats up, there is 31 cubic feet of space and with rear seats folded flat the cargo area is 61.9 cubic feet. This puts the Tucson near the top of the segment, coming close to the cargo numbers for the top-selling CR-V.

A five-inch touchscreen system is middle of the road when it comes to technology. It’s an intuitive system but doesn’t have anything that is cutting edge or otherwise impressive in sound quality. It’s a simple infotainment system that will serve fine for daily commuting. There are USB connections, which I give Hyundai credit for (take not other other carmakers, we want USB ports!). Bluetooth is standard, and integration with smart phones is easy.

As mentioned there are four trims for the Tucson. The base SE and then Eco, Sport and Limited. My tester was the Eco trim which, as the name implies, is the most fuel efficient trim of the Tucson. The SE and Eco have 17-inch wheels which both make for a quality over-the-road performance, but also improves the fuel economy. The Tucson Eco has an EPA rating of 25 mpg/city and 31 mpg/highway.

The SE trim has a starting price of under $25,000 making the Tucson one of the most affordable SUVs on the road today. My tester had an MSRP of $26,570. The top-of-the-line Limited starts just over $30,000, so it’s good for the consumer to have options with the Tucson.

Regardless, the Tucson blends new styling, new engine technology to make for a wonderful daily driver with enough cargo and passenger room to function as top-notch family vehicle too. 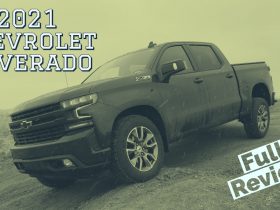