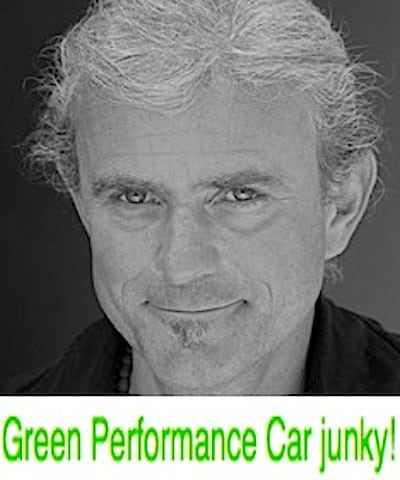 We’re already covering pretty much every aspect of the automoive world here on CarNewsCafe. But when we met Franck we realized we were missing something : a crazy car aficionado who lives for the sole purpose of getting the most out of his cars; driving them, racing them and taking them on mind blowing adventures worldwide. And not just any cars… No.

Franck is our new French petrolhead

Franck Galiegue has a lifelong passion for movies and made himself the promise as a kid that one day he would own all of his favourite four-wheeled stars. And he did just that. All the while working for Peugeot in France and Switzerland as a salesman then dealership manager, he managed to gather Europe’s biggest privately-owned movie car collection, one iconic car at a time.

Name it, he probably has it. Back to the Future Delorean, Batmobile as seen in the 1989 Tim Burton movie, Jurassic Park Jeep and Ford Explorer, Miami Vice Ferraris, and the list goes on.

He eventually quit his position at Peugeot and sets up his own business : Movie Cars Central.

His website was quickly noticed and our young entrepreneur put under the spotlights of Switzerland and France’s Media, even breaking the news on NBC’s website as Batman and being featured on a movie car themed webseries after acquiring the gigantic RV from Jurassic Park : The Lost World.

But what’s most important to Franck is living real adventures with his beloved vehicles.

From racing Herbie on the Nurburgring to driving his Delorean through a desert in Spain or crossing the United States Coast to Coast in the A Team van, he’s always looking for the next thrill.

He will soon be heading to Australia for some Mad Max related adventures. In the meantime he’ll write for you about his past endeavours and views on the automobile, modern and vintage.

And one thing CarNewsCafe is very happy to announce is that no longer Nicolas Zart will be the sole representative of his past French heritage, he will happily hand over this task to the much more capable and dynamic Franck who will delight you and us along a journey filled with adventures, cars and more adventures!

Welcome Franck to our team of indomitable CarNewsCafe team!