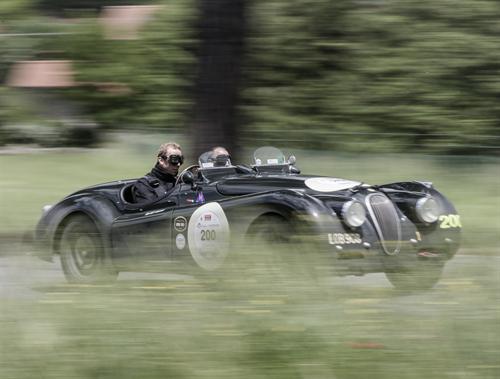 Jaguar has produced a video showcasing the classics that were part of the 400+ classic car tour that made up the Italian Mille Miglia this year.  The 1,000 mile race featured some of the most beautiful vehicles to ever adorn the road, along with special guest stars which Jaguar asked to drive.

2 thoughts on “Jaguar at the Mille Miglia [VIDEO]”