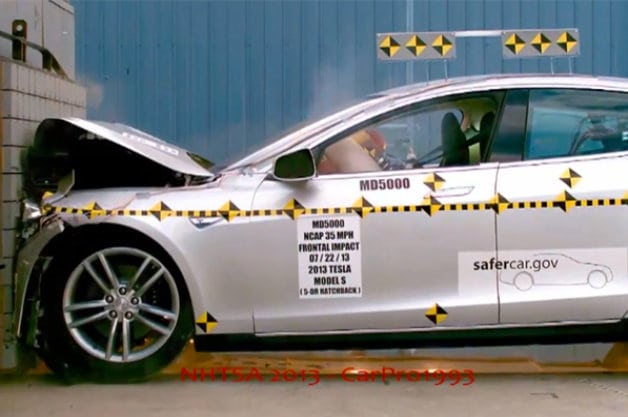 In light of the media flurry around the fires after accidents in some Tesla Model S vehicles this past year, Tesla Motors was happy to announce that the National Highway Traffic Safety Administration (NHTSA) has re-affirmed the Model S’ five-star rating in all subcategories for model year 2014.

In a blog post, a two paragraph statement from Tesla announced the affirmation along with an announcement of the German Federal Motor Transport Authority, Kraftfahrt-Bundesamt concluding its review of those incidents and finding no defects in the Model S as a result.

Tesla’s second paragraph jabs at the press a little with this comment:

It is worth noting that a Tesla vehicle is over five times less likely to experience a fire than the average gasoline car and that there have been zero serious injuries or deaths for any reason ever, fire or otherwise, in a Model S. Over the course of more than 100 million miles driven in almost every possible terrain, weather and crash conditions, the Tesla Model S has consistently protected its driver and passengers, achieving the best safety track record of any car on the road.