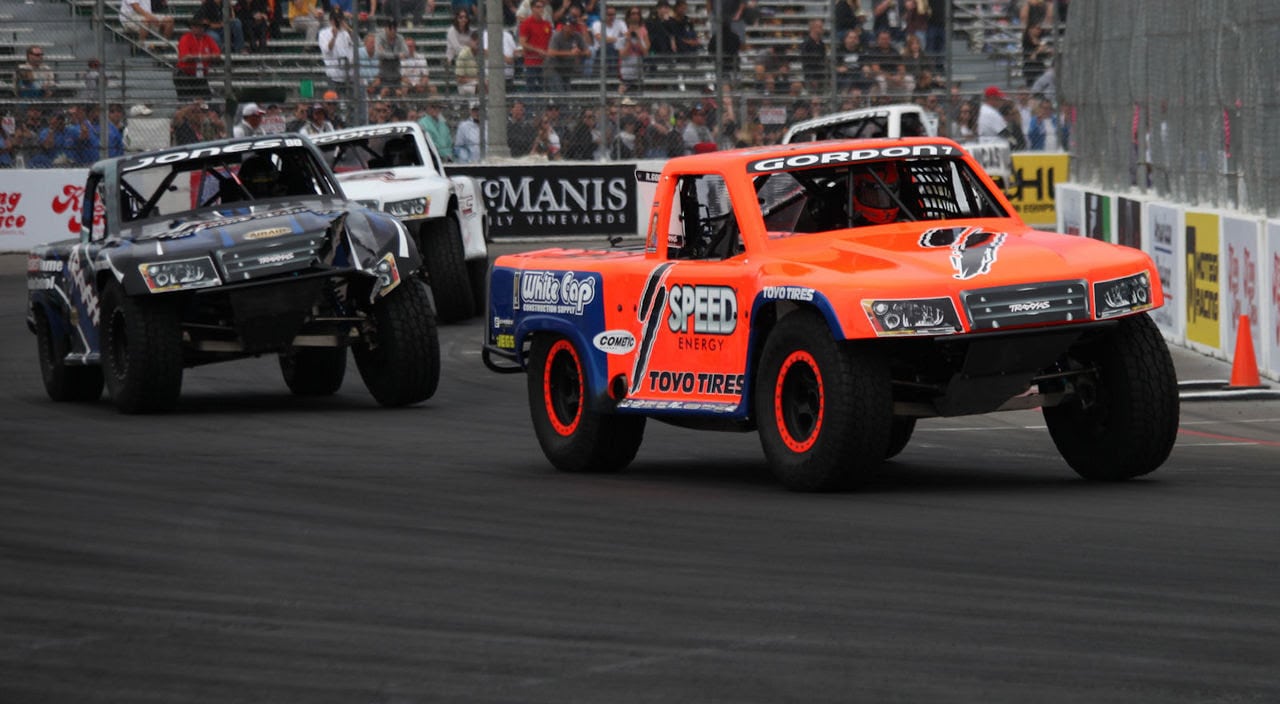 The 2014 Dakar Rally in South America has closed and the winners have taken the podium while notables have made history. The Mini All4 Racing team owned all three spots in cars. Meanwhile, the trucks were a more mixed bag of winners with the clearest being the finish, despite difficulties, had by the Race2Recovery team. The Mini All4 Racing team’s podium sweep had Spanish driver Joan “Nani” Roma and navigator Michel Perin in the yellow Monster Energy X-raid Mini at the top spot. About five and a half minutes behind Nani was Stephane Peterhansel and Jean-Paul Cottret in their black Mini followed closely by driver Nasser Al-Attiyah and navigator Lucas Cruz in a white Mini for third place. This was Nani’s first win in a car at Dakar, his previous win being on a motorcycle.

“It was my big goal to win the Dakar not only on a motorbike but also in a car,” Nani said. “A dream came true for me and I want to thank everybody at X-raid and MINI for their great work!”

Favorite Robby Gordon in his SPEED Energy/Toyo Tires car was sidelined once again, this time with a compromised air filtration system in the 11th stage. At this point, he was ten hours away from the podium and unlikely to take any of the three top spots and faced ten hours of work to get back in the race, so he withdrew. His original time was behind thanks to a vapor lock issue right at the race’s beginning. In trucks, Andrey Karginov (with Andrey Mokeev and Igor Devyatkin) in a Kamaz took the win followed by a close second from Gerard De Rooy (2012 Dakar winner, with co-drivers Tom Colsoul and Darek Rodewald) in a Powerstar. Third place was Eduard Nikolaev (with Sergey Savostin and Vladimir Rybakov) in another Kamaz.

Of note was the Race2Recovery team from Land Rover on their second ever Dakar Rally. Last year, the team made history by becoming the first team of disabled competitors to finish the race and this year, once again, they finished after having made acclaim for stopping to help broken down competitors in the race. On board were Corporal Daniel Whittingham (co-driver, center), Mark Cullum (driver, at right) and Christ Ratter (co-driver, left). Race2Recovery raised over £250,000 for military charities in Britain. Speaking as the team celebrated in Valparaiso, Tony Harris, the team’s founder, said: “The team has once again lived up to its motto ‘Beyond Injury, Achieving the Extraordinary.’ We had a bit of a bumpy ride early on but we all pulled together and showed what will-power and teamwork can achieve. The race truck crew have been a credit to us and to the Dakar as a whole. On several occasions they selflessly stopped on-stage to rescue other teams in difficulty and, in doing so, made their own race challenge all the more difficult. That shows the spirit of our team but also the spirit of this fantastic event.”

This was a great year for the race, with the 2014 Dakar Rally marking the race’s 35th run. First place in motorcycles went to Marc Coma (Red Bull Rally) and first place in quads went to Ignacio Casale (Yamaha).