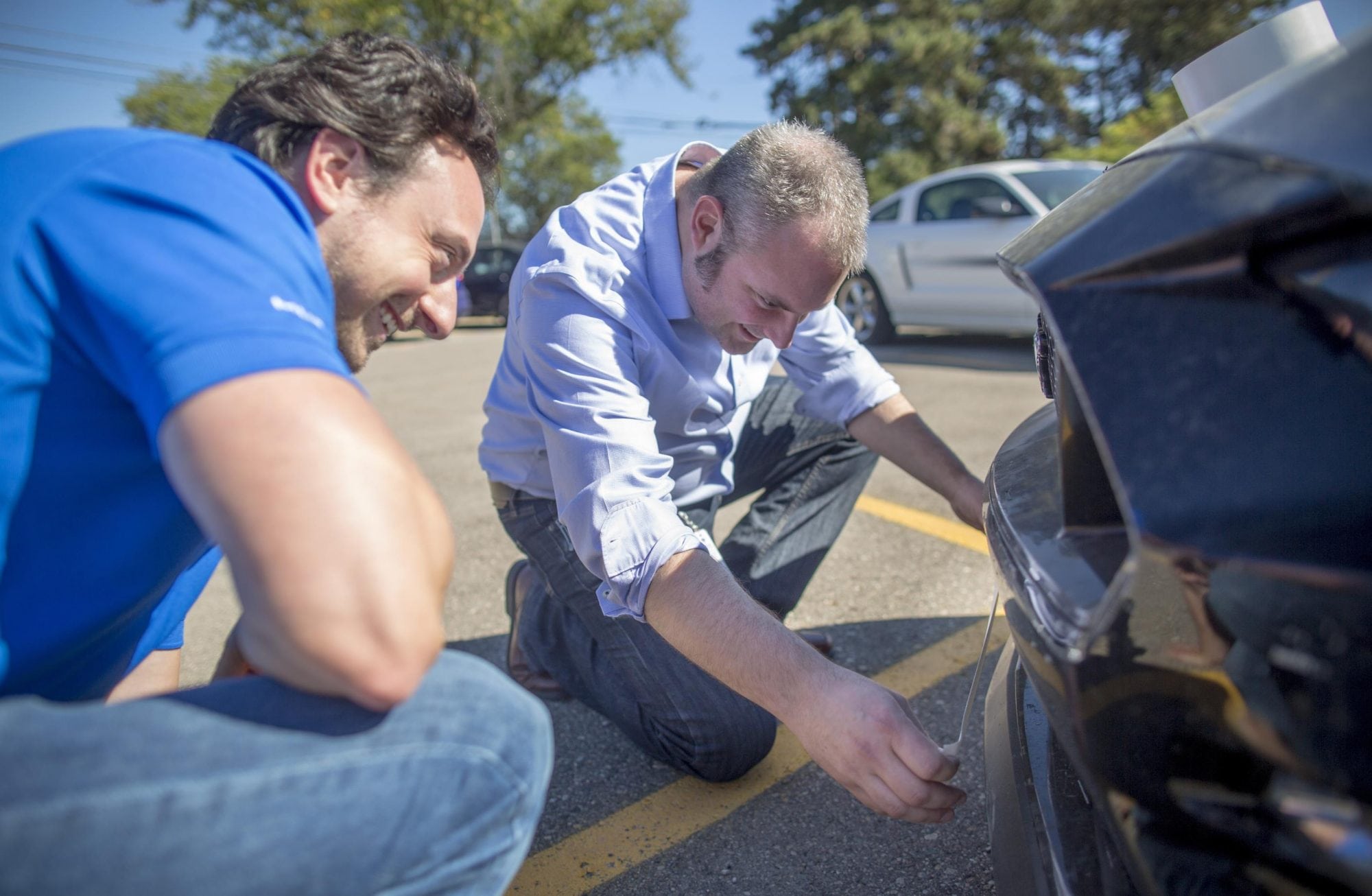 (Silver Spring, MD) – Yusuf and Antonio are not your typical car hunters. They work in places no other car collector would dream about stepping foot – traveling inside lawless countries in search of rare, vintage cars. The payoff can be huge but so are the risks. Can the guys actually make their high stakes gamble work? And get out with their lives? CHROME UNDERGROUND, a new Discovery Channel series, premieres Friday, May 23, at 10 PM ET/PT.

At one time, Yusuf and Antonio’s Austin, Texas-based company, Motoreum, sourced one-of-a-kind cars inside the US. But today valuable cars are extremely difficult to find in the United States – competition is fierce between hunters fighting for a slice of this $8 billion dollar a year industry. So Antonio and Yusuf came up with a plan: head abroad to places that other car dealers were too afraid to visit and seek out high-value ‘diamond in the rough’ autos that could earn them five or six figure profits every sale.

To stay safe, the guys hire Andrew who has experience in covert operations. He helps them hunt down, secure and smuggle the vehicles back to the safety of the US. But Andrew certainly has his work cut out for him. The guys are not only a major target for thieves because they carry loads of cash but they are pulling off their dangerous deals in countries they’ve never been to before.

Andrew’s experience helps the guys come up with smart solutions to get the high-value vehicles home without criminals stealing them. No plan is too crazy – whether it’s camouflaging a 1957 Porsche Speedster in a horse trailer or hiding a 1963 VW Kombi in a shipping crate. But that’s just the beginning. Most of these vehicles haven’t been driven for decades and the chance of them breaking down in dangerous gang controlled areas is incredibly high.

In the first episode, Yusuf and Antonio travel deep into Mexico City’s toughest neighborhood in search of a rare 1937 Type 57 Bugatti worth millions, but when the deal goes south, they are forced to trust Andrew to get them back to America in one piece. But, just like most missions, not everything works out exactly the way Andrew plans, putting all of their lives on the line.

Each week, viewers will follow the guys as they search for vehicles in some of the world’s most deadly places – with their hunt will putting them up against everyone from the cartels of Argentina to the favela gangs of Brazil. Only one thing is certain: there’s no such thing as an easy day on this job.