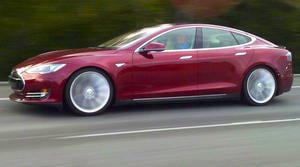 Is it time to install third-party car security system? In a recent article I wrote called: Chinese Find Obvious Tesla Model S Security Flaw on Teslarati, I talked about the noise the media world made last week when a group of Chinese hackers discovered a vulnerability with the Tesla Motors Model S. This is a reminder of something we forget all too often: security. Anything connected, either physically or wirelessly, has a potential vulnerability. What I didn’t expect were the odd comments.

An IT teacher once told me that the only safe server was one locked in a cabinet without a keyboard, mouse or connection. Anything connected, computer or car is vulnerable. Car security system is a multi-billion growing industry. What surprised me most was how the news headlines were threading the story, eager to catch viewers, making it seem as if the Tesla Model S was particularly vulnerable. The truth of the matter still remains, any connected device, car or computer is vulnerable. It’s best we always remember this.

If anything, the comments proved that people don’t have time to read through a story and get the gist. From anonymity, I was portrayed as a fanboy downplaying security. I’ve owned a successful IT company in New York City and I am very acquainted with security. I’ve helped more than one person recover from the disasters of losing all information because they had no firewalls or backups. The point was how the media was manipulating a dormant fear in us. How safe is my car security system ?

The article on Teslarati was meant to show how complacent we have become with computers and always connected car security systems. Most devices today became connected out of convenience, but has now morphed into a real need. The Tesla Model S is the most “connected” car on the market today and requires special firewall security. The interior display is so generous, it’s hard not to take full advantage of it and browse the Internet for news while on the move. We hope carmakers handle our car security, but short of hope, most consumers don’t know what measures are taken to protect them. Is it time to install third-party firewalls on our cars? No carmaker would allow that.

The question is, can carmaker take on the tasks of making modern cars, batteries, electric motors, electronics, programming, security and the many more bits and pieces needed? That’s a lot to ask from companies that, until recently, only made gasoline engine with a four-wheel platform underneath. They also need to become expert car security system designers. Another thing to remember is that the automotive world jealously guards its secrets. Allowing consumers to install a third-party firewall software and hardware would not sit well in their information greedy hands.

In many ways, Tesla Motors achieved with its first ever-designed car, the Holy Grail of what all carmakers are trying to do, an uninterrupted, always-on experience, from home to final destination, but that comes with serious repercussions. Just how secure is your modern car from hackers and can we install third party car security system?