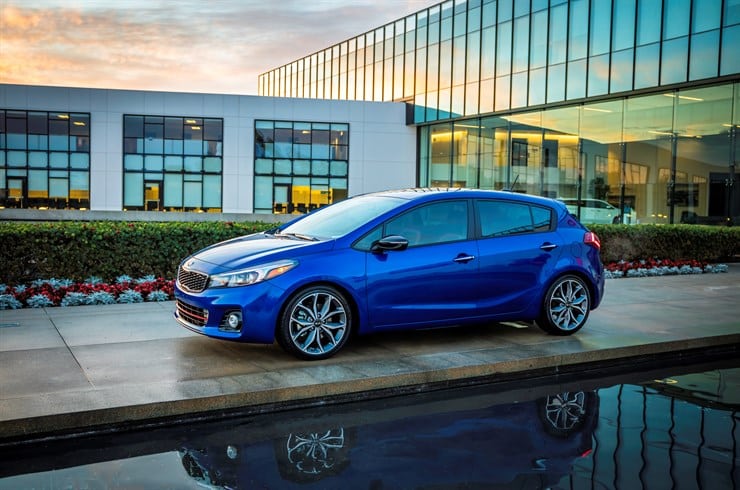 The hatch is their Forte: Kia offers Forte as restyled hot hatchback

My tester this week is almost like a new vehicle although it’s technically categorized as a redesign. Let’s consider this the mother of all redesigns when it comes to the 2018 Volkswagen Tiguan. The compact SUV certainly needed a redo. As the segment got more competitive the previous generation Tiguan just couldn’t compete.

For 2018 the Tiguan re-engages into this ultra-competitive segment. 2018 is looking quite promising for the German automaker, as it also launches the Atlas, which sits on the same platform as the Tiguan. This new platform offers VW’s designers more freedom to make the cabins bigger and better, while also giving them sturdy, handsome SUVs to model out. The result is the much-improved Tiguan and the outstanding Atlas, which I will review in coming weeks. On looks, the Tiguan is more modern and muscular looking. The previous generation was boring and uninspiring, but the 2018 Tiguan grabs attention with an SUV that both blends in, but also stands out. That’s not speaking out of both sides of mouth, that’s a legitimate compliment as today’s compact SUVs need to have a specific look (think station wagon meets car) and the Tiguan plays that part well. But the Tiguan now has a more “American” look too that will broaden its appeal. In some ways it’s a throwback to the station wagon days, but also features bold styling and a crisp fit and finish. The small rear spoiler in the back adds appeal. And the Tiguan looks bigger, because it is bigger – 10 inches longer to be exact.

The size difference is significant and noticeable. This is more in line to what the American consumer wants from an SUV. Whereas the increase in size and length benefits the Tiguan on the interior and the exterior, it does work against it from a powertrain standpoint. Following a trend in the segment, the Tiguan has a turbocharged 2.0-liter 4-cylinder engine. I generally love 4-cylinder turbos, but on the Tiguan, it feels like it is under powered and doesn’t handle the extra length and size well. However, it is more fuel efficient than it’s ever been, so there’s a give and take. But, from a driving standpoint, the Tiguan is rather tame. There’s only 184 horses to pull it around, and off the line and entering the highway, it’s especially pokey. Otherwise, for regular family duties and suburban life, it’s adequate, but uninspiring.

Inside, the improvements for the Tiguan are noticeably better. In fact, other than the handsome new looks, the interior of the Tiguan makes this a vehicle to consider for families because of the vast improvement to the cabin. First of all, the legroom in the second row is significantly better than the 2017 version. The 2018 version offers versatility in that it’s available as both a five-passenger and seven-passenger vehicle. My tester had a third-row, which is still cramped, but certainly fine for children and shorter adults. It’s best served to fold the third row flat and enjoy 33 cubic feet of cargo space. As such, it’s one of the roomiest compact SUVs around with good legroom, plus ample cargo space. Fold the second row down and the cargo area boosts to 73.5 cubic feet which leads the segment. Kudos to Volkswagen for being in touch with the American consumer and offering such a better cabin, with quality touch points and comfortable seating. As such, the Tiguan is quiet and comfortable and will have enough space plus good cargo room to appease most families.

The 2018 Tiguan comes with significantly better technology including an intuitive infotainment system and plenty of driver assistance technology. Plus, the Tiguan now has smart phone compatibility with Apple CarPlay and Android Auto. Unlike some Audis, the VW Tiguan’s infotainment isn’t over engineered, and has a bright, responsive 8-inch touchscreen.

There are four trims available: S, SE, SEL and SEL Premium. My tester was the SE with a base price of $28,930. One of the bigger knocks on the previous generation Tiguan was the price would exceed $30,000, so it’s refreshing to see more competitive pricing. Keeping a family SUV under $30,000 once again shows Volkswagen has a keen eye on the American consumer. My tester, as tested, had a final MSRP of $30,180 and felt like a top trim.

The fuel economy improvement, considering the gain in size and length, is notable. This year’s model in FWD has an EPA rating of 22 mpg/city and 27 mpg/highway. The AWD version has practically the same EPA rating. In a week’s worth of driving, I averaged 24 mpg.