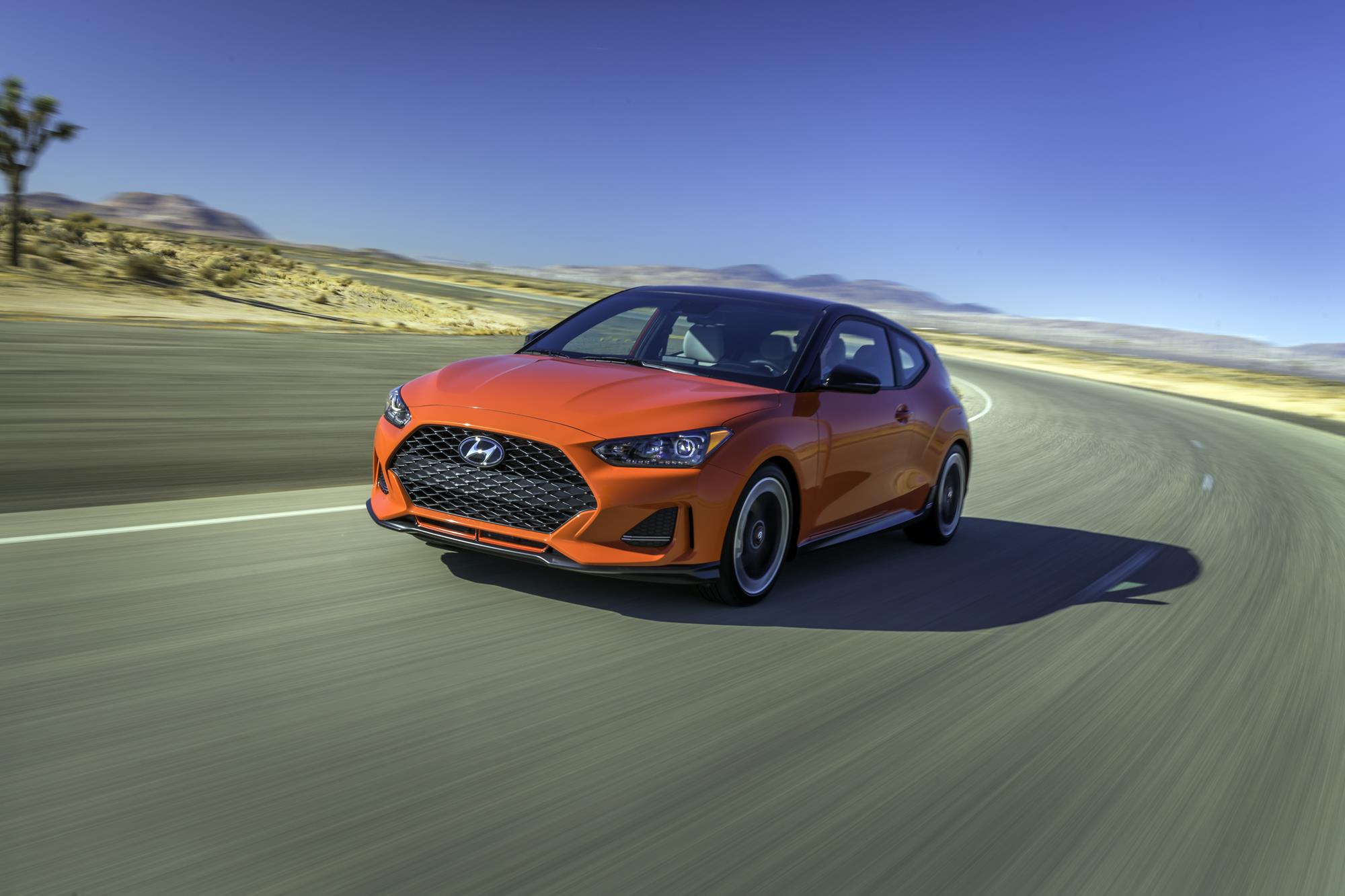 The 2019 Acura RDX debuted today at the New York International Auto Show. As the first in a new generation of Acura products, the re-engineered 2019 RDX delivers top-of-class performance, a more spacious and luxurious cabin, and a host of premium technology and features. Designed, developed and manufactured in America, the new turbocharged RDX will launch mid-year as the quickest, best handling and most luxurious RDX yet.

“The 2019 Acura RDX signals the start of a new era for the Acura brand by delivering design, performance and prestige that will elevate its position in the luxury market’s fastest growing segment,” said Henio Arcangeli, Jr., senior vice president of the Automobile Division of American Honda Motor Co., Inc. “This RDX is our most extensive redesign in more than a decade, a truly ground up reimagining of the RDX around our Precision Crafted Performance brand direction.”

Acura also debuted the 2019 Acura RDX A-Spec sport appearance variant – distinguished by larger wheels, gloss black accents and unique interior treatment including an available two-tone red and black interior. With the addition of A-Spec to both the RDX and MDX, Acura has fulfilled its commitment to expand A-Spec to all core models.

The production 2019 RDX carries forward substantially all of the design cues that debuted with the Prototype RDX in January. In creating the new RDX, Acura designers worked from the foundations of the Acura Precision Concept, adapting its low and wide stance, sleek presence and wheels-out proportions to a five-passenger SUV.

The 2019 RDX showcases Acura’s signature Diamond Pentagon Grille flanked by all-new Jewel Eye™ headlights – now boasting seven LED light elements, up from the previous five. Below, wide air intakes include NSX-inspired air curtains feed air efficiently around the front wheels and down the body side. Prominent hood bulges are visible from inside the cabin, signaling the performance character of the third-generation RDX.

Sharp character lines accentuate the front and rear fenders, with an aggressive “dropping” character line running the length of the RDX. A pen stroke of chrome (gloss-black on A-Spec) highlights the upper greenhouse and lower rocker. At the rear, the design of the 2019 RDX is capped off with a distinctive “dragon tail” LED light signature of the taillights.

The 2019 RDX sits atop an all-new body and chassis architecture designed to deliver a sophisticated and engaging driving experience. It starts with a 2.6 inch longer wheelbase, which aids both ride comfort and cabin space. The cargo area behind the rear seats has expanded 3.4-cubic feet with an additional 1.7 cubic-feet of compartmented underfloor storage. The new platform provides for a fully-flat rear floor, enabling first-class seating comfort in all three rear seating positions.

The new RDX takes power from a direct-injected and turbocharged 2.0-liter, 16-valve powerplant with DOHC VTEC® valvetrain and Dual Variable Timing Cam (Dual VTC). Peak output is 272 horsepower and 280 lb.-ft. of torque. Compared to the previous model’s V6, peak torque is up 28 lb.-ft. and available across a wider section of the power band, from 1,600 to 4,500 rpm (previously 252 lb.-ft. at 4,900 rpm) with low-RPM torque boosted by as much as 40 percent for quicker acceleration and sharper throttle response.

The RDX’s turbocharged engine is paired with a 10-speed automatic transmission (10AT) – the first and only 10AT in the class. With more closely spaced ratios and a 62 percent wider ratio range, Acura’s 10AT takes full advantage of the turbo engine’s bountiful low-end torque. Gear changes are quick and seamless, in both automatic mode and using steering wheel-mounted paddle shifters.

The third generation redesign also marks the return of torque-vectoring Super Handling All-Wheel Drive™ (SH-AWD®) to RDX, in its most powerful and sophisticated form ever. In addition to improving all-wheel-drive performance, Acura’s SH-AWD utilizes dynamic torque vectoring to sharpen handling response and deliver vivid, exhilarating and confidence-inspiring driving performance in virtually all weather and road conditions.

Exceptional seating comfort is provided by next-generation Acura sport seats, designed exclusively for RDX and future Acura products. The new, more intricately sculpted sport seats feature a lightweight ultra-high-strength steel frame, with improved lateral support for spirited driving and up to 16-way power adjustability. In all grades, the RDX provides both the driver and front-seat passenger the same levels of seating adjustability and comfort.

The RDX’s new ultra-wide panoramic moonroof, standard on all grades, has power slide and tilt functions and a power sliding sunshade. It is among the largest and widest in the class providing an open and airy feeling throughout the cabin.

Designed from a clean sheet and deployed for the first time in the automotive world in the third generation RDX, Acura’s True Touchpad Interface is a holistic, system-level approach to in-car user interface that is optimized for the driver and the driving experience.

The system is designed to combine the advantages of both conventional touchscreen and remote-based approaches. The True Touchpad Interface features a 10.2-inch full-HD center display mounted high atop the center console, close to the driver’s natural line of sight, a center console-mounted touchpad and an all-new, Android-based operating system.

Unlike conventional touchpad designs, Acura’s True Touchpad Interface does not require the user to locate a cursor on the screen while navigating the touchpad. To support intuitive and easy control, the touchpad is precisely mapped, one-to-one, with the action on the center display – the world’s first application of absolute positioning in the driving environment.  Simply, a touch on any location of the touchpad corresponds directly with that same location on the display.

Further supporting ease of use, the touchpad’s surface is slightly concave, allowing the user to quickly identify the center of the touchpad without looking down. A padded wrist rest, integrated within the RDX’s high-deck floating center console, provides a comfortable and stable platform for operating the touchpad.

The operating system features simple, clean graphics and menu structures designed in concert with the touchpad. It features two zones, a larger primary zone, and smaller secondary zone, allowing for easy viewing and one-tap swapping of primary and secondary functions – navigation and music, for example.

Click here for a brief video primer on the new True Touchpad Interface.

Designed, Developed and Manufactured in America

The third-generation RDX is the first RDX to be designed and developed in America. Styling design of the RDX was conducted by the Acura Design Studio in Los Angeles, California, with development undertaken by the company’s North American R&D team, based in Raymond, Ohio. The new RDX will be manufactured in East Liberty, Ohio, with its 2.0-liter turbo engine produced in the company’s Anna, Ohio engine plant and its 10-speed automatic transmission manufactured at the company’s Tallapoosa, Georgia plant.

In keeping with Acura’s expanding portfolio of racing programs, the brand also announced that the new RDX will make its competition debut at the 2018 Pikes Peak International Hill Climb, in late June, alongside three additional Acura entries – the TLX A-Spec, TLX GT and NSX. The production RDX A-Spec will also serve as the official pace car for the 102nd running of the “race to the clouds.”