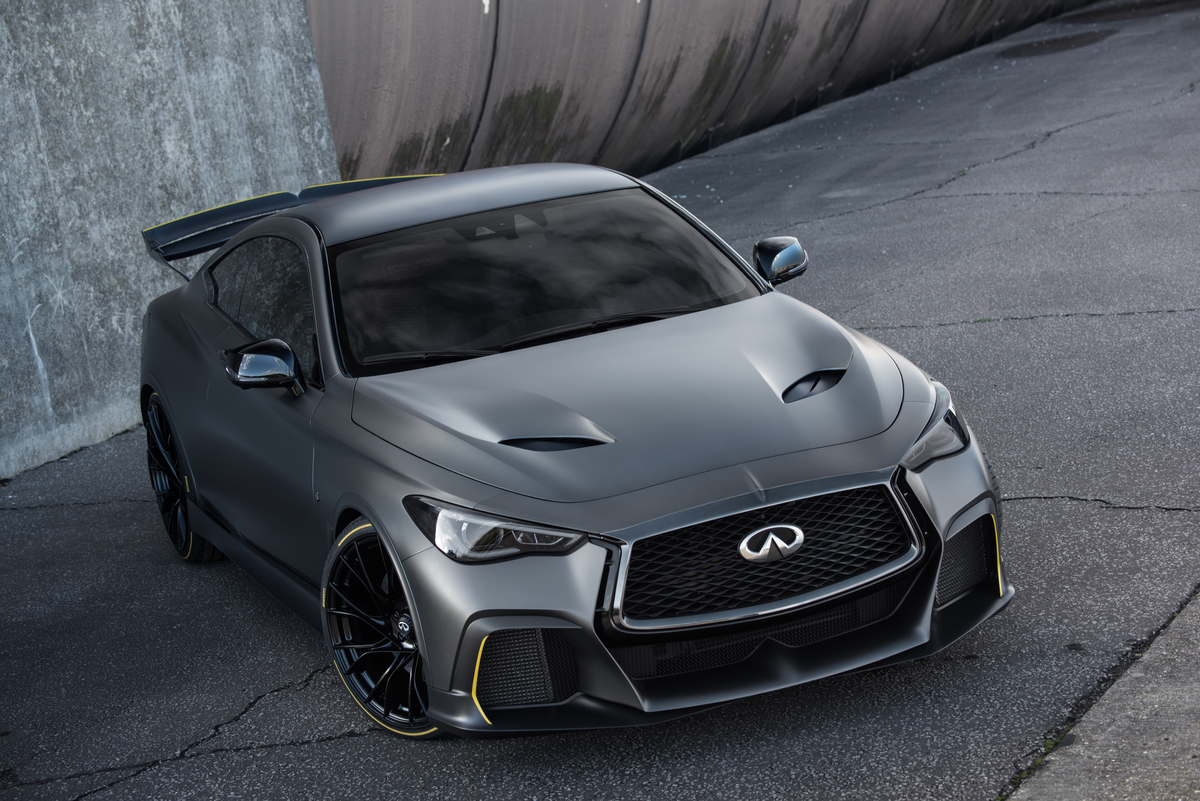 As part of its plan to electrify its portfolio from 2021 onward, INFINITI will reveal a new Project Black S prototype in Paris, showcasing how Formula One® dual-hybrid electric powertrain technology can be deployed in a road car.

The Project Black S prototype fuses high-performance dual-hybrid technology with INFINITI’s award-winning VR30 3.0-liter V6 twin-turbo engine. Its unique energy recovery system (ERS) contributes to greater power and torque than the engine upon which it is based. The dual-hybrid powertrain prototype generates 420 kW – equivalent to 563 hp or 571 ps, whereas the conventional VR30 engine produces 298 kW (400 hp / 405 ps). The power to weight ratio is estimated to be 235W/kg, achieving 0-100 km acceleration under four seconds.

The Black S designation represents the highest level of performance, dynamic capability, effective aerodynamics and intelligent energy management offered by INFINITI. The prototype is based on the Q60 RED SPORT 400 sports coupe and has been developed together with the Renault Sport Formula One Team.

Roland Krueger, Chairman and Global President at INFINITI, comments: “INFINITI has reached another milestone on its road to electrification. Building on the strength and success of the electric vehicle expertise of the Renault-Nissan-Mitsubishi alliance, INFINITI is showing the Project Black S, a high-performance prototype with F1 technology resulting from collaboration within the Alliance.

“The Project Black S represents the very top end of electrification in the Alliance portfolio, and is another example of INFINITI’s entrepreneurial spirit on its journey to electrification from 2021 onward. Project Black S utilizes high power and smart energy management from advanced powertrains, a thrilling dynamic capability on road and track, and a performance-oriented aesthetic. A collaborative venture between INFINITI and the Renault Sport Formula One Team, the Project Black S prototype is a testbed for new ideas and technologies, demonstrating how our Alliance partnerships could make our ambitious visions a reality,” Krueger added.

Forging a path towards performance-oriented vehicle electrification
Engineered in collaboration between INFINITI and the Renault Sport Formula One Team, and under development specifically for road use, the Project Black S prototype features a world’s first dual-hybrid powertrain technology and represents the latest development initiative by INFINITI to electrify its cars.

Partnering with the Renault Sport Formula One Team has also given INFINITI access to more specialized development technologies, including advanced digital validation tools for optimizing the car’s aerodynamics.

This expertise is no more evident than in the high-tech design of the rear wing, validated by Renault Sport Formula One Team’s aerodynamicists and finished in carbon fiber. The wing has a similar aerodynamic profile to the Renault Sport Formula One Team’s Monza wing, which provides a relatively low level of downforce for a Formula One car around one of the faster circuits in the sport’s calendar. For a development vehicle based on a homologated road car, the impact is significant. The digital modelling technology allowed for subtle changes to the shape and proportions of the wing, which now offers a fine-tuned compromise between maximum straight-line stability and high traction under cornering.