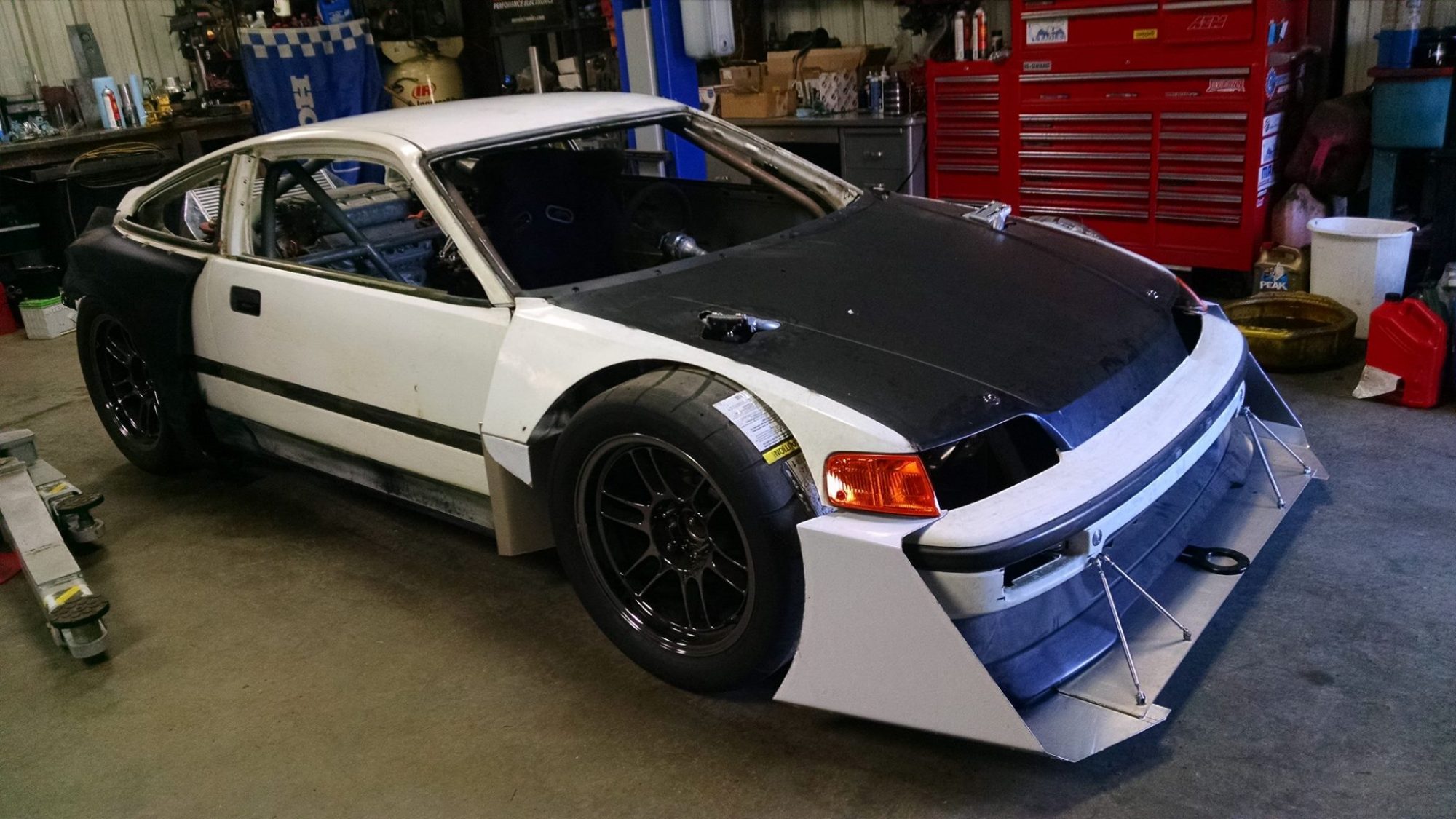 The ’89 CRX is one of Honda’s most recognizable and highly-desired cars. The overall build, price and reliability — plus how fun it is to drive — made the second-gen model one of the most prized Hondas out there. The CRX HF (high fuel economy) demolished the brand’s goal of a 50 mpg car with a rating of 51 mph in the city and 67 on the highway.

Today, even the most run-down models are worth enough that drivers hold on to them for as long as possible. It’s rare to see a CRX that makes it to resale without accruing its fair share of mods, repairs or mileage. That’s without mentioning the car’s visuals — 30 years after its launch, the CRX remains known for its simple, timeless look emblematic of late-80s-early-90s Honda.

Of course, not every driver is interested in the car’s looks — especially Marc Williams, a Texas-based mechanic who is currently tearing his apart to rebuild it into a mid-engine RWD race car. The result, so far, is almost unrecognizable — but that doesn’t stop it from looking insanely cool. 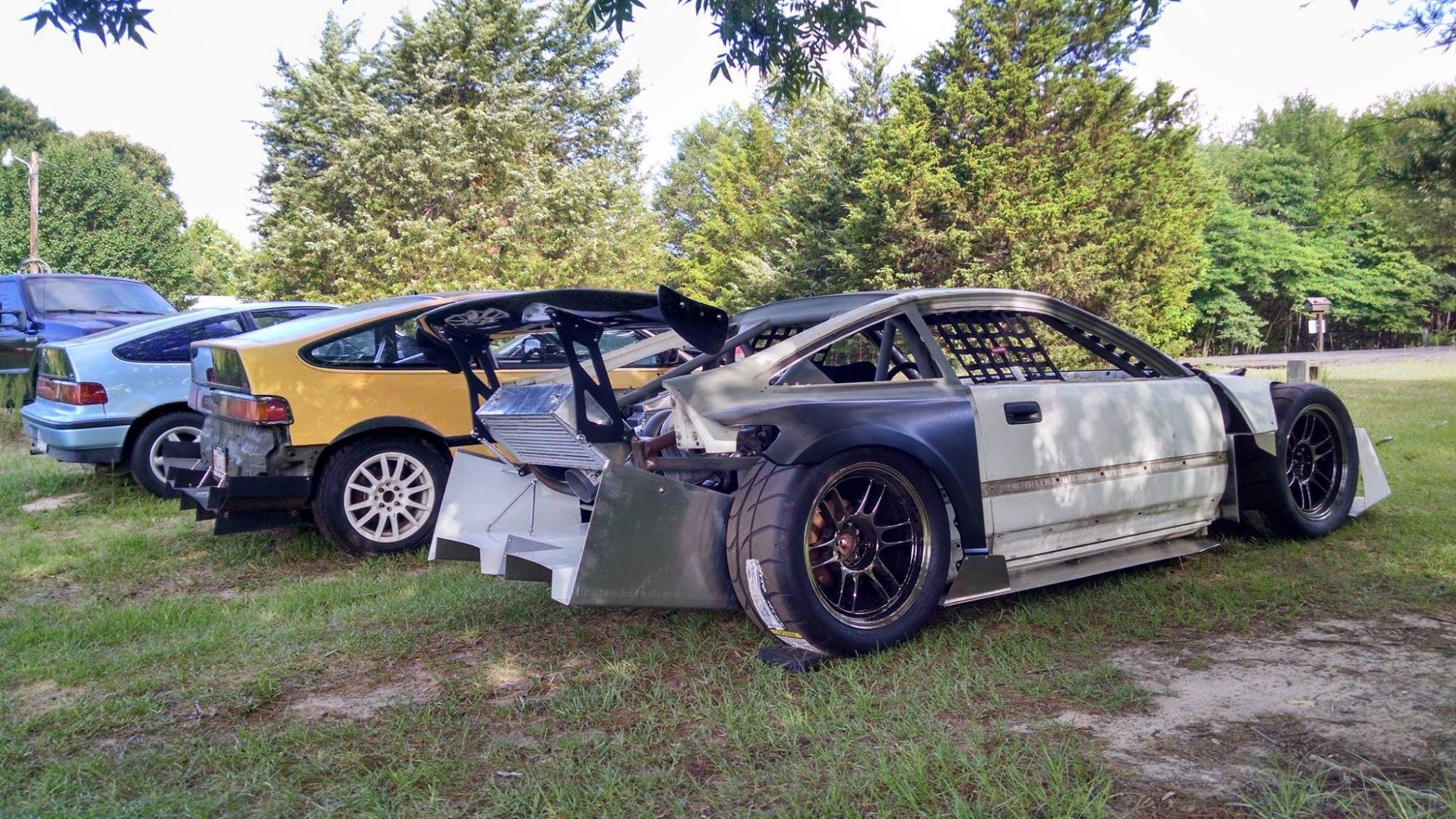 Williams started the rebuild by chopping up the frame to accommodate the new engine, which he installed behind the car’s cabin. Replacing the stock engine is a six-cylinder, Honda J-Series that Williams hooked up to an Infinity ECU and digital racing display. He also added in a 2150 cc fuel injector along with twinned high-flow fuel pumps.

Right now, the Williams’ rebuild weighs in just shy of 2,000 pounds, making it lower than the already light curb weight of the stock ’89 CRX. From the album alone, there’s no telling how agile the rebuild is — but considering the upgraded engine and fuel system, it’s liable to be pretty quick. 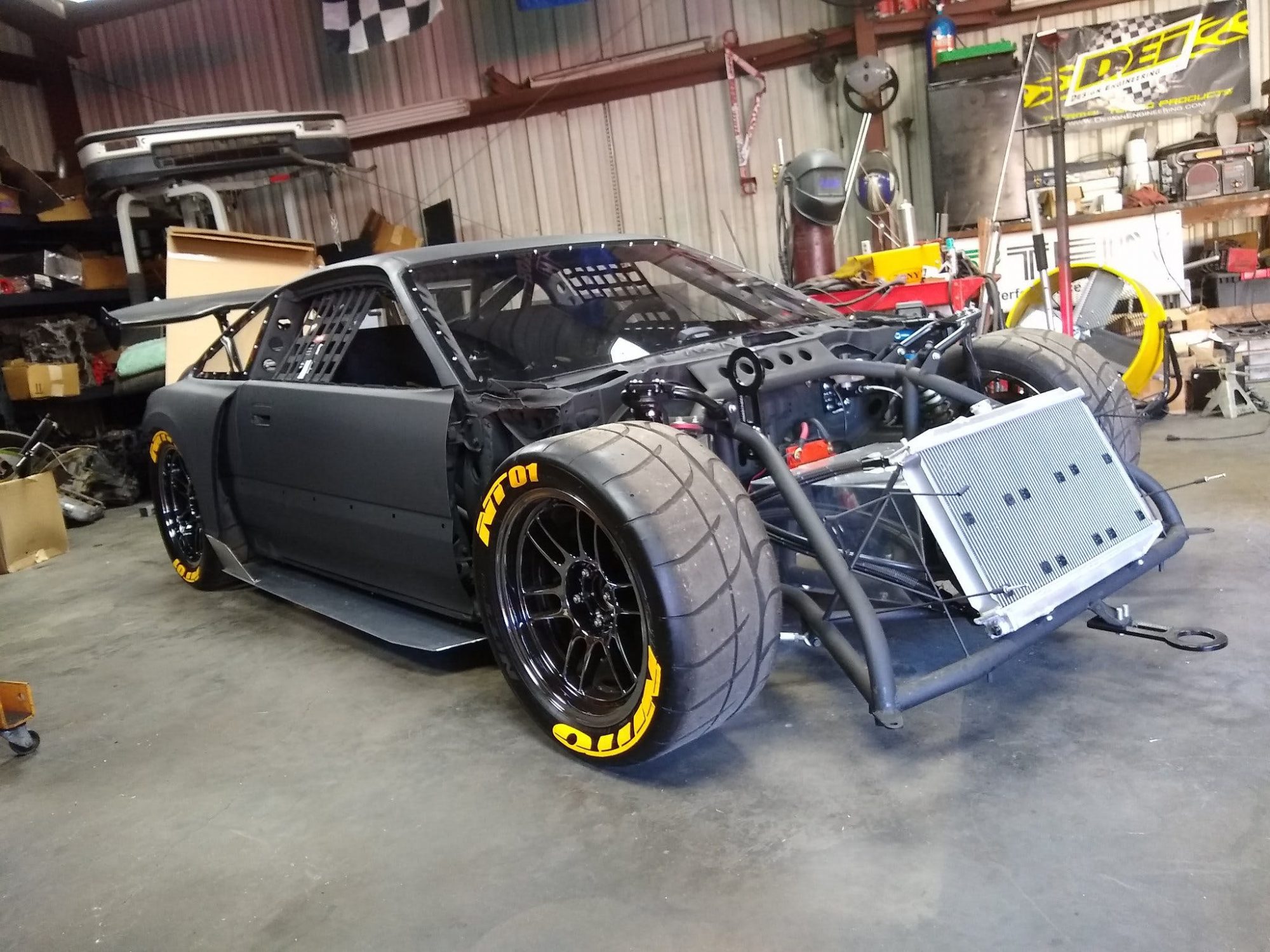 The CRX rebuild features window netting, Nitto NT01 road course tires and a spoiler. Williams also stripped the old paint-job, sanded it down for repainting, and replaced it with his own custom livery.

It’s hard to communicate just how much work this project seems to have taken Williams so far. If you want to get a better sense of what kind of undertaking this has been, he’s recorded the process in a public Facebook album. You can find dozens of different images showing his process, with the oldest dating back to July of 2018.

While there is a bit of a gap between the last update and today, Williams doesn’t seem done with the project yet — which means there’s no telling what it will look like when done.

The rebuild is, by about any measure, pretty crazy. It may be a bit painful to those who want to get their hands on an unmodded — or, at the least, recognizable — second-gen CRX. For the rest of us, however, the project is an impressive reworking of one of Honda’s most recognizable cars. Plus, it’s a testament to how much one mechanic can transform the look of a vehicle.