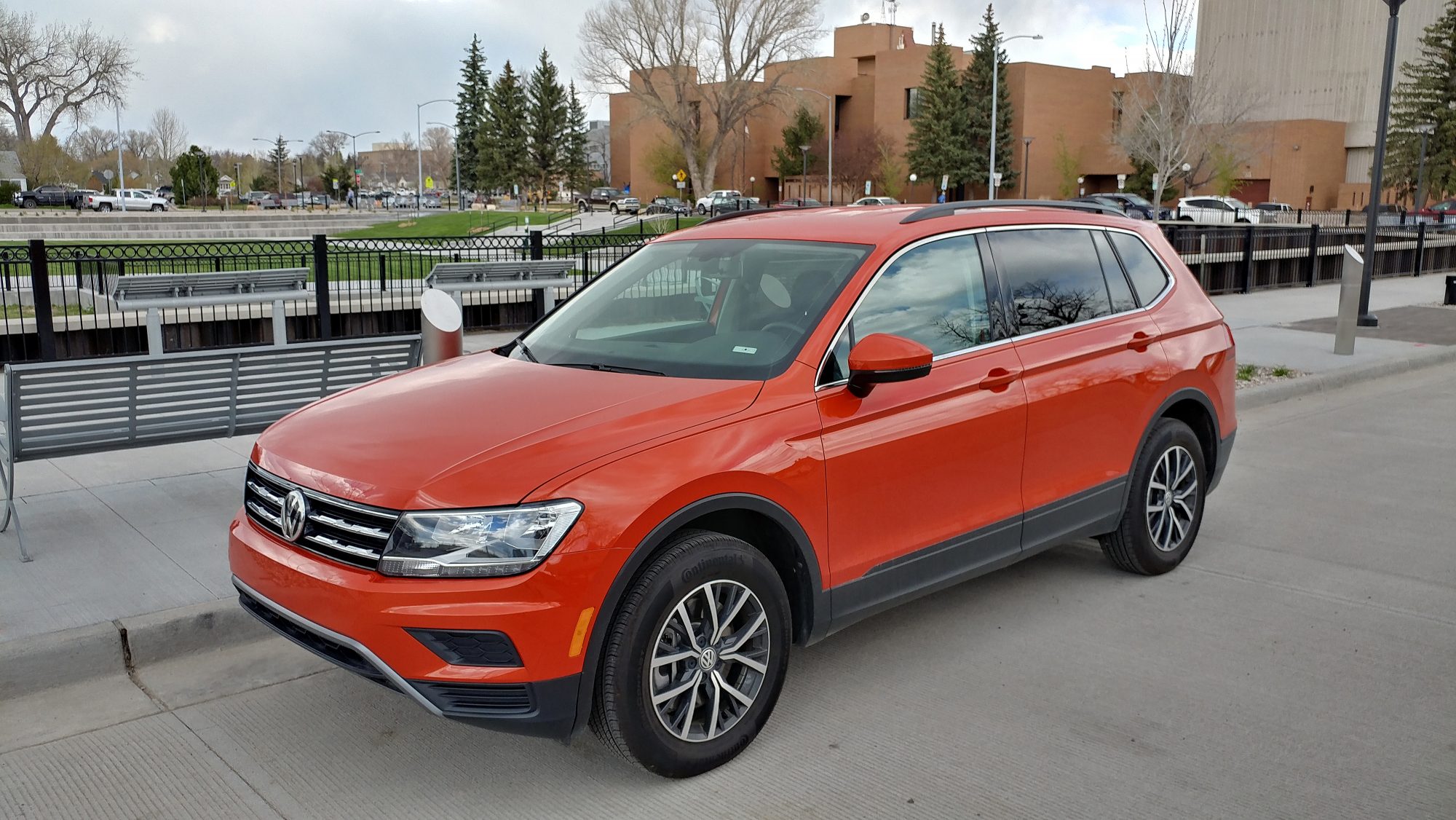 The 2019 Tiguan carries from the complete overhaul given to the crossover in the 2018 model year. This year, though, the Tiguan has an added trim level and some content shuffling to go with. The bigger, better Tiguan is now also more customizable. 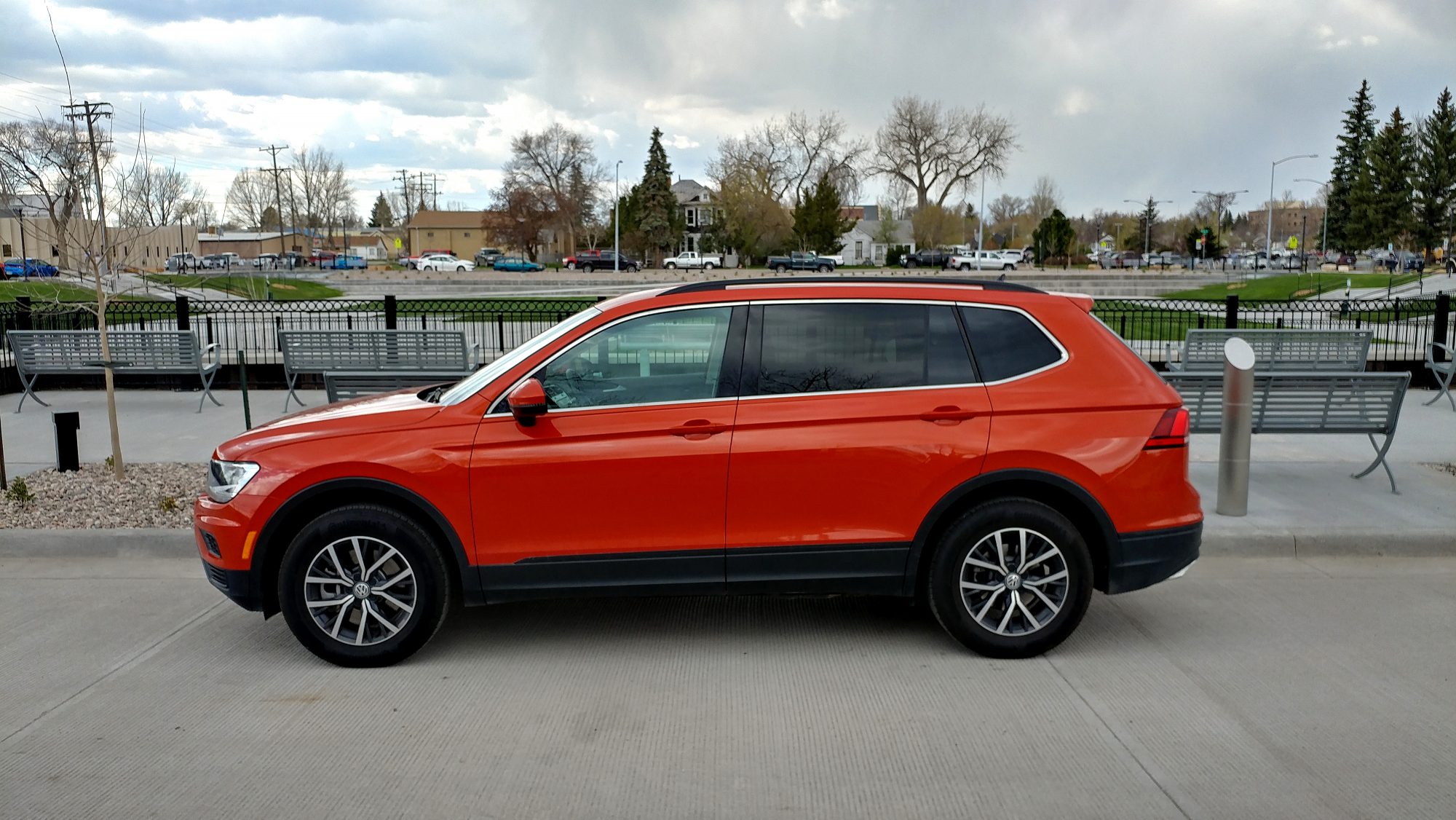 Our chief complaint about the Volkswagen Tiguan in the past has been its lack of interior space and refinement. Our chief love of it has been its sporty nature and great handling on the road. With this new-generation Tiguan, VW added more space by extending the length of the Tiguan by about ten inches. That added more interior room, but means more weight as well.

The added weight has detracted somewhat from the sport-tuned fun of the Tiguan, but not so much that we’d call it a loss. Just enough that this is no longer an enthusiast’s machine is all. That’s a good thing overall. Because the 2019 Tiguan needs to have an edge without being less than its competition. It’s now very competitive.

There are six trim packages for the 2019 Tiguan, starting with the base model S and moving through the SE, SEL, SEL Premium, SEL R-Line, and Premium SEL R-Line. The R-Line trims are new this year and add larger 19- or 20-inch alloy wheels and sportier exterior styling additions. The base model S comes very well equipped for the price, but most consumers will probably find their sweet spot in the SE or SEL packages with their added infotainment and driver assistance features. 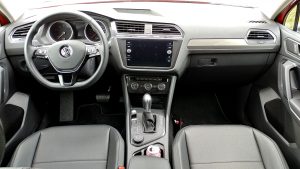 On the outside, the 2019 Volkswagen Tiguan keeps its sporty looks and strong edges. We like the design, which stands out in a parking lot full of similar-sized everyday machines. Especially in the optional Habenjaro Orange we drove it with.

Inside, the Tiguan is a typical VW with an austere design aimed towards simplicity. There’s nothing to grab and “wow” anyone, but it’s functional and materials quality is generally good. Hard plastics are found, though, and interior noise levels could use some work in this new model.

The useful infotainment, comfortable seating, and extended versatility thanks to better backseat room and a larger cargo area are all boons here.

The Tiguan remains fun to drive, though not as fast paced as its preceding generation was. It handles very well and predictably, but loses some umph (even with the new turbo-4) because of its added bulk. The 184 horsepower of the engine isn’t quite enough to compete with V6-powered competitors that are sportier, but it’s generally on par or better than most competitors’ four-banger engines. VW did hit the mark well with the eight-speed automatic that’s attached.

As with last years’ model, which we drove when it debuted, we think the 2019 Tiguan has a lot more capability than most would expect.

The Tiguan has evolved a little with this new generation, adding more usefulness to attract more buyers. This slight sellout to the norm means less punchiness at the throttle, but the 2019 Tiguan is still a great drive with most of the major qualities of its predecessors as strong points. It’s an often-overlooked option in the small-midsized segment and shouldn’t be.