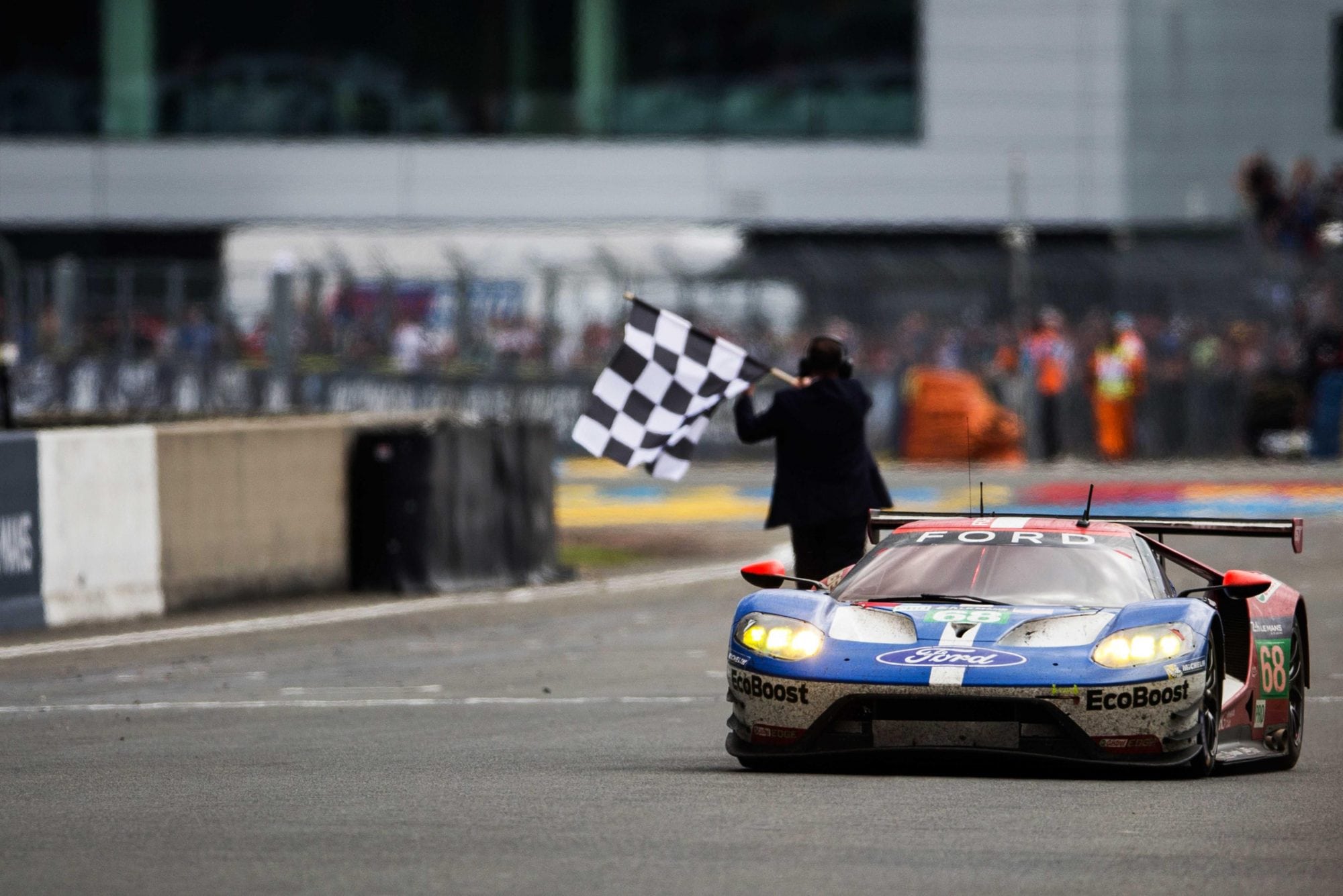 Automobili Lamborghini celebrated three premieres at the 2021 Shanghai Auto Show, bringing the passion and racing DNA of the Italian super sports car brand to the fore. The hyper car Essenza SCV12, limited to only 40 units, made its global public display debut on the Lamborghini stand at the show. The Essenza was joined by the road homologated track car Huracán STO, making its China debut. Alongside the two models, the Huracán Fluo Capsule, the latest collection of the vibrant colours for V10 super sports cars, was also showcased in Asia Pacific for the first time on a Huracán EVO. The line-up was joined on the stand by the Super SUV Urus, rounding out a powerful tour de force by Lamborghini at China’s most important auto show this year. President and CEO of Automobili Lamborghini Stephan Winkelmann and Region Director of Automobili Lamborghini Asia Pacific Francesco Scardaoni presented the brand’s strong business performance and new products, due to the current travel restrictions greeting Chinese audiences via video.

‘‘Automobili Lamborghini closed 2020 with its highest-ever profitability and its second highest- ever in terms of turnover and sales despite an around 2 months factory closure due to the COVID-19. This growing momentum has continued into 2021: the year opened with a very positive outlook, with deliveries in the first 3 months reaching the highest level on record. Orders placed thus far already cover nine months of production’’, said Stephan Winkelmann, who has returned to the helm of Lamborghini after five years. ‘‘I am proud and humbled to be leading Lamborghini again, and especially now, at this pivotal point in the company’s history. We are working very hard and preparing Lamborghini for a new era. The new development plans to be announced soon will outline how Lamborghini is going to become an even stronger brand, both here in China and around the world.’’

Commenting on the brand’s outlook in the China market, Winkelmann added: ‘‘The Chinese market is seeing very positive developments. I am very happy to confirm that all production for the Chinese market in 2021 is already planned. With growing volumes, the Chinese market is expected to rise to second place in terms of sales, remaining one of the most significant markets for Lamborghini globally.’’

Francesco Scardaoni also expressed highly positive expectations: ‘‘In China, we are reaching a more diversified customer group including a higher average age, as well as more family-oriented and more female customers. We will continue to expand our dealer network into more cities beyond the first and second tier to better serve Chinese customers nationwide. This year, in spite of ongoing uncertainties, Lamborghini will continue to bring exclusive events to our customers and brand enthusiasts, with a special focus on the commercial launch of the Essenza SCV12 and Huracán STO. As an authentic super sports car manufacturer, we are also expecting motorsport to play an even bigger role at Lamborghini in China, thanks to the introduction of the new GT Super Sprint Challenge. In China, Lamborghini looks to the future with confidence and will present an unrivalled product portfolio at the cutting-edge of design and technology. The three significant premieres at the Shanghai Auto Show underscore our confidence in China as well as our rock-solid commitment to Chinese customers.’’

Lamborghini Essenza SCV12 made its first global public display
Following its virtual launch in 2020 and, the Lamborghini Essenza SCV12 was revealed to the public for the first time at the 2021 Shanghai Auto Show. This track-only hyper car on stand was realised in the exclusive Verde Selvans, Grigio Linx, Nero Aldebaran Gloss and Arancio California launch livery.

The limited-edition Essenza SCV12 of 40 units was inspired by the Squadra Corse’s years of experience in prestigious motorsport races. The innovative solutions found in this unique hyper car create the new ultimate driving experience, with a futuristic design that fully inherits brand’s iconic elements, while balancing lightweight construction, functionality and design aesthetics.

The Essenza SCV12 is a direct descendant of cars such as the Miura Jota and Diablo GTR, with the most powerful V12 naturally aspirated engine ever developed by Lamborghini. Delivering over 830 hp, the Essenza SCV12 receives a significant power boost from the RAM effect at high speeds. This incredible power is handled by its new X-trac sequential six-speed gearbox, designed as a structural element mounted within the chassis, combined with a rear-wheel drive system to ensure higher structural continuity and greater torsional stiffness. The large rear wing, side fins and front splitter are elements inspired by the Huracán Super Trofeo EVO and GT3 EVO, promising greater efficiency and generating higher downforce levels than a GT3 car, with a value of 1,200 kg at 250 km/h.

The Essenza SCV12 was born for the track and to race, with a mission of bringing the purest track experience that Lamborghini can offer. Every Essenza SCV12 customer will become a member of an exclusive club with access to special programs to drive their hypercar on the most prestigious circuits in the world. In addition to premium track facilities, the program also gives access to exclusive training programmes similar to those followed by the official racers.

Lamborghini Huracán STO made its China debut
Alongside the track-only Essenza SCV12, the Huracán STO, a street-homologated super sports car with the soul and the characteristics of a real racecar, exhilarated audiences at its first appearance in China. The Huracán STO is the purest incarnation of Lamborghini Squadra Corse’s motorsports prowess and heritage: it directly transfers into every road drive the technologies derived from the Lamborghini Huracán Super Trofeo EVO and GT3 EVO race cars, as well as the know-how gained from their many victories, including the three-time 24 Hours of Daytona-winning and two-time 12 Hours of Sebring-winning.

With a powerful V10 naturally aspirated engine delivering 640 hp and 565 Nm of torque at 6,500 rpm, the rear-wheel Huracán STO can accelerate from 0 to 100km/h in just 3.0 seconds, from 0 to 200 km/h in 9.0 seconds, and reach a top speed of 310 km/h. Its gear change speed has also been further increased for highly responsive and rapid shift times.

Lamborghini’s superior aerodynamics and race car engineering endows the Huracán STO the most authentic driving feeling possible: the car features the highest level of downforce in its class as well as the best aerodynamic balance in a rear-wheel drive car, thanks to its new exterior design that updates the inimitable Lamborghini profile to optimise airflow, including the unique cofango, a one-piece carbon fibre component comprising the front bonnet, fender and front bumper. Other features also reflect technology transferred from Lamborghini’s successful Huracán race cars, including: the front splitter, and louvers on the front wheelhouses; rear fender with NACA air intake; rear engine bonnet with air scoop and an integrated shark fin; and a manually adjustable rear wing.

To further reduce weight, over 75% of the exterior panels of the Huracán STO have been made of carbon fiber. Extensive applications of lightweight technology give Huracán STO a weight-to- power ratio of 2.09 kg/hp with a dry weight of only 1,339 kg.

The Huracán STO is meant for those who want to feel the same adrenaline and driving emotion that they feel behind the wheel of a race car. Owners will be able to fully personalise both the exterior and interior of their race car-on-the-road via the Ad Personam program. Thanks to the wealth of colours and trim combinations, the Huracán STO gives owners an essentially endless selection from which to choose.

The Huracán EVO was presented in matte Verde Shock (green) colour that enhances its inimitable lines and shape. In addition to the show car’s colour scheme, another four exterior and interior configurations in Arancio Livrea (orange), Celeste Fedra (blue), Arancio Dac (orange) and Giallo Clarus (yellow), combined with matte black details and coloured accent lines, are available in the Capsule, bringing an additional layer of variety and personalization to the already near-infinite possibilities that the Ad Personam program offers.

Lamborghini Urus joined the unprecedented line-up
A Urus in matt Bianco Monocerus also joined the line-up at the Lamborghini stand, creating a complete portrait of the Italian company’s unparalleled product profiles and its adventurous lifestyle. The Super SUV on display featured optional 23’’ Shiny Black Taigete rims, referencing the marque’s sportive spirit and exclusive luxury. Red callipers, available as an option, added another sense of performance to this super sports car in SUV form. In March, in the Days of Speed on the ice of Lake Baikal, a Lamborghini Urus powered through extreme challenge to set the 1,000-meter record, at 114 km/h average speed from a standing start. The maximum recorded speed of the Urus during the record-breaking sprint was an impressive 298 km/h. Setting the benchmark for power, performance and driving dynamics as well as unparalleled design, luxury and daily usability, the Urus has been an immediate customer favourite since its arrival in the market. It continues to deliver a dynamism that is enjoyed by both the driver and passengers.